Land degradation is a process in which the value of the biophysical environment is affected by a combination of human-induced processes acting upon the land. It is viewed as any change or disturbance to the land perceived to be deleterious or undesirable. Natural hazards are excluded as a cause; however human activities can indirectly affect phenomena such as floods and bush fires.

This is considered to be an important topic of the 21st century due to the implications land degradation has upon agricultural productivity, the environment, and its effects on food security. It is estimated that up to 4% of the world's agricultural land is seriously degraded.

According to the Special Report on Climate Change and Land of the Intergovernmental Panel on Climate Change: "About a quarter of the Earth's ice-free land area is subject to human-induced degradation (medium confidence). Soil erosion from agricultural fields is estimated to be currently 10 to 20 times (no-tillage) to more than 100 times (conventional tillage) higher than the soil formation rate (medium confidence).".

The United Nations estimate that about 30% of land is degraded worldwide, and about 3.2 billion people reside in these degrading areas. About 12 million hectares of productive land – which roughly equals the size of Greece – is degraded every year. This happens because people exploit the land without protecting it. The United Nations Sustainable Development Goal 15 has a target to restore degraded land and soil and achieve a land degradation-neutral world by 2030. 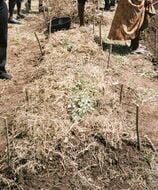 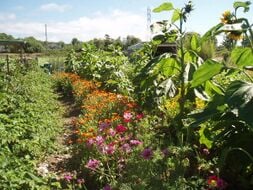 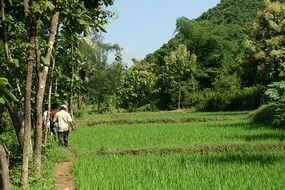