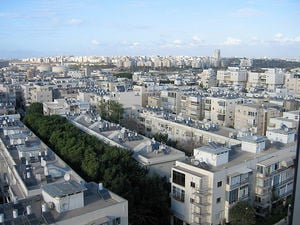 Giant Nomura jellyfish in Japan have appeared in 2009. They have:

Climate change may be implicated in their presence, as warmer waters where they spawn near the Chinese coast have been less aerobic, allowing the tiny juvenile jellyfish to grow free from fish predators.

Senior weather bureau forecaster Terry Ryan said it was unusual to have the combination of the hottest November and above-average rainfall. "This is another statistic that says the Earth appears to be getting warmer," he said.

Some statistics of how much plastic waste countries succeed in recycling:

In Australia during the 2006-07 financial year:

Source: Shopping habits give food for thought, The Age, 22 May 2008

The amount of CO2 that would have to be buried each and every day from the world's coal-fired power stations:

For muted carbon capture and sequestration projects to remove C02 emissions about 16km3 per day of "storable" CO2 must be stored somewhere underground.

Between 2,500 and 3,000 trees from South East New South Wales and East Gippsland in Australia are cut down every working day to supply the Eden chipmill, including the magnificent Brown Mountain old growth forest. Source: http://web.archive.org/web/20110219122948/http://www.chipstop.forests.org.au/

World C02 levels are now at a record high of 387 parts per million (ppm), up almost 40% since the industrial revolution and the highest for at least the last 650,000 years. This could translate to eventual sea level rises in the range of 15 to 35m, which would be catastrophic. So we need to reduce C02 emissions now.

A cyclist who commutes 18km each way every day on a relatively flat commute will save each year:

Trains are the best form of urban transport[edit | edit source]

Rail vs road - some points to consider[edit | edit source]

In 2008 in Australia, plastic shopping bags are given out at no direct cost to shoppers. Here are the facts:

How to live an extra 14 years[edit | edit source]

Source: What could you do in 14 years?, The Age

Some facts about business computing:

The smallest of these units consumes 1kW more electricty than a solar panel array of twenty 75W panels, which produces 1.5kw. The larger unit consumes over five times the amount of energy the array produces.

The increased usage of household air conditioners is one of the major factors causing increases in peak load - usually experienced on very hot days - which is a contributing factor to the possibility of more coal fired power stations being constructed.

A good passive solar design house can avoid the use of airconditioners entirely.

Data center owners such as Google are building data centers in places where power is cheap. A decade ago, the main consideration was where broadband would be cheapest. Now, data centers can take up 50,000 square meters of floor space and require 40 to 50 megawatts of power.

Why GM is not green[edit | edit source]

On a typical weekday in 2008, Melburnians:

On a daily basis:

Electric cars are 30% more efficient (in terms of greenhouse gas emissions) than cars powered by internal combustion engines (that use petrol, diesel or gas), even taking into consideration coal-fired power generation.

Transitioning to electric drive trains for cars would reduce global carbon emissions. For those that need more range, a plug in hybrid would suffice - fuel can be used to generate electricity when needed for longer trips.

In November 2008, the numbers of electric vehicles of car size are:

A report commissioned by Greenpeace has found the coal industry contributes more than $700 billion damage to the environment and society every year. The research, by a Dutch environmental consultancy:

There has been an increase by job seekers and employers of being green and this is now being promoted by companies to new potential employees.