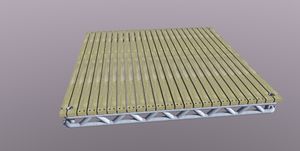 Simple and easy to produce, temporary housing platform to to aid in living conditions after a natural disaster 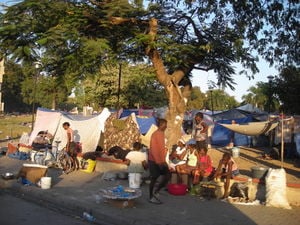 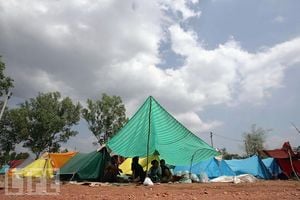 Survivors of natural disasters, such as the 2004 tsunami in the Indian Ocean and the 2009 earthquakes in Haiti, are left homeless. As a result victims will construct shanty camps, neighborhoods, and towns to fit the need of shelter.[1] These camps are crowded and typically very unclean.[2] Residents live at ground level with the camp's sewage, garbage and debris from the disaster.[3] These living conditions cause the spread of disease and can contaminate living conditions for an entire family.[2][4] Further natural forces such are wind and rain can batter and demolish these make shift encampments, causing more deaths, disease and hardship.[5]

The concept behind the relief platform is simple, to give people a lift. By raising people 20 centimeter off the ground the majority of the the waste, debris and sewage will not longer contaminate a persons living area.[2] A solid foundation will also give a structure a chance to withstand subsequent natural forces, and not get blown or washed away.[5]

There are many solution to temporary housing after natural disasters. One of the most successful in the aftermath of the Haitian earthquakes was the ShelterBox.[6] A ten person tent accompanied with sleeping bags, small tools, and other survival supplies. Many other conceptual design for relief efforts have been put forward all addressing the direct need for shelter.[7] The existing problem with the majority of these current solutions is that they do not address the need of a foundation. Most are still tent structures that have no base, and therefore are susceptible to rain and wind.[8][9] The Relief Platform is not a direct solution. Its goal to to give survivors the necessary foundation to build a structure, by offering the occupants a dry safe place to live.

In the spirit of William McDonough's 'Cradle to Cradle', the Relief Platform can be reused in other applications. With normality returning to an area and low level construction starting the platform can become a more permanent footing for housing. The platform can also be recycled as raised decking or as an outdoor shower platform. If no other use for the platform can be found it can always be redeployed in other disaster zones or its materials can be separated and recycled.

Below is a conceptual design for the Relief Platform. NPS 2, SCH 40 piping is constructed into trusses. The trusses build the frame of the platform with, the "floor" constructed from wood. Below is a rendering of the relief platform. 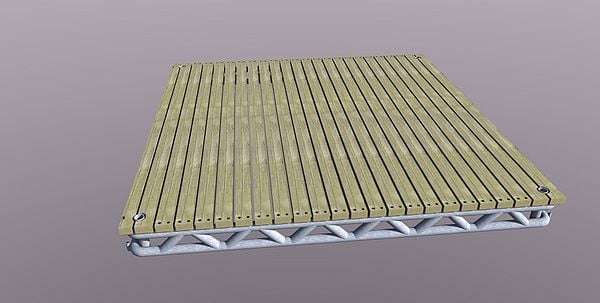 A Bit of Engineering[edit | edit source]

From this we determine the moment of inertia to be [math]\displaystyle{ 1.11x10^{-6} m^4 }[/math]. These are the material constant elected to be used in the platform. Modeling the floor boards as a double fixed beam, we set the maximum defection of the beams to be 1cm. With this information a short iterative process can be applied to find the optimum beam length to load. To do this the floor is modeled as a series of beam with fixed ends and a uniform applied load. From this model Equation 2 is derived to describe the deflection

Because the beam is redundant the moment M' must be solved from the boundary conditions. Once done the moment is found to be

From both iterations a design length of 2 meters is chosen. This will allow for a reasonable living size ([math]\displaystyle{ 4m^2 }[/math]) as well as a reasonable load limit per beam ([math]\displaystyle{ 41kg }[/math]). These design criteria assume that the average human will stand on at least 2 beams at once, dispersing the load, and will weigh approximately 75kg. This also give the floor a safety factor of 2

The core of the platform is its truss frame. This frame give the platform strength and rigidity, as well as allowing it to be linked together and secured down. 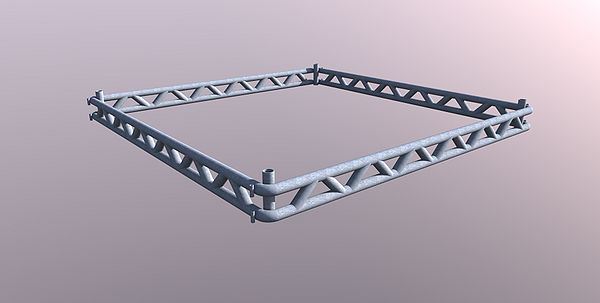 Secured to the Relief Platform are the floor boards. In this case 2"x4" beams are used but other local materials can also been used in the floors construction 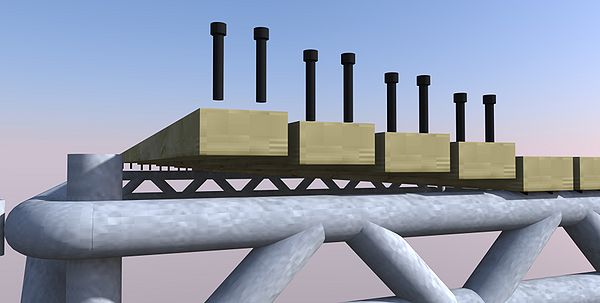 The platforms can be linked with 'U' brackets to build larger living spaces. 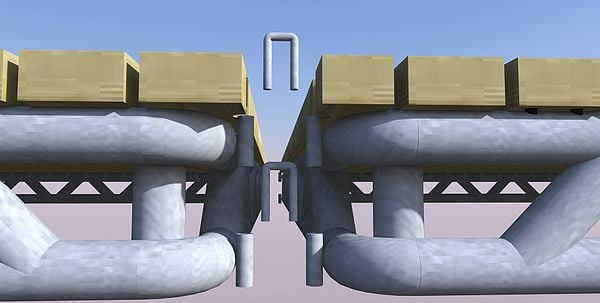 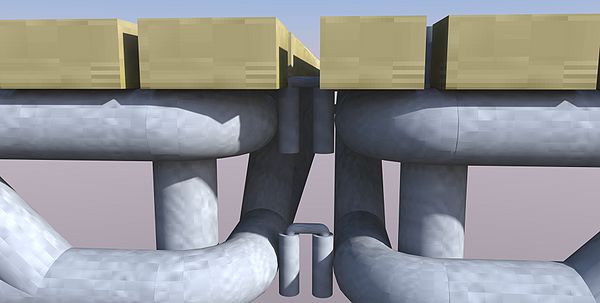 The final cost of the platform is estimated at $300. 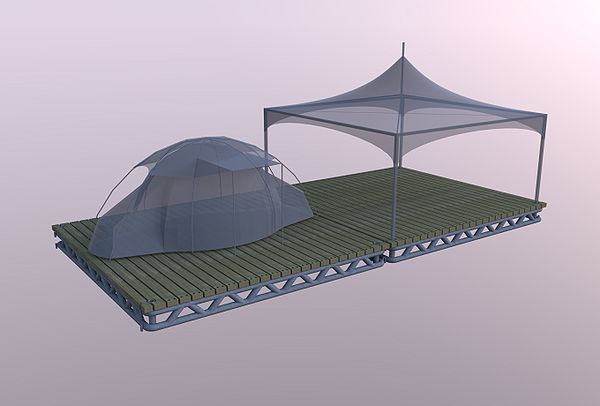