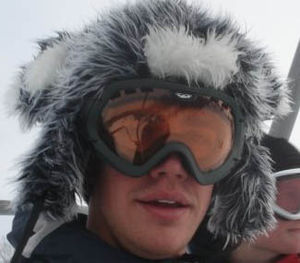 
Project H is a group of designers engaged at the local level bring innovative design solutions to real world problems. Designing WITH people not FOR them, this nonprofit organization focus on areas of the world that need it the most.

This is so incredibly easy and beneficial its scary. Go to 10 by 10 and sign up to ten commitments. When you make ten environmentally conscious commitments ten dollars will be donated on your behalf to Save the Children.

Learning here at Queen's is great, but practical application of your course helps you truly understand.

The former Solar Vehicle Team, now the Solar Design Team, have put in a bid for the 2011 Solar Decathlon. Through the National Renewables Energy Laboratory and U.S. Department of Energy the Solar Decathlon is a international competition to design and build a energy neutral house. Held bi-yearly in October on the National Mall in Washington D.C. twenty teams from post-secondary institutions world wide, converge to promote new and innovative ideas in sustainable engineering.

The team has just received word from the NREL that we are within competitive range, and have been asked to submit a conceptual rendering of the house. This new proposal will be released early next week, and carry a due date of mid-May. Final selection for the 2011 competition will be made in April.

These early engineering projects are aimed at giving first year engineering student a brief look at projects management and creative problem solving. Run out of the Applied Science department, each 'problem' is given three teams of 4 to develop an open ended solution.

The shading of a home can drastically effect the amount of energy required to either heat or cool the space by HVAC. Traditionally blinds and shutters have been used to block sunlight and the subsequent radiation. Having a control system that can monitor and adjust the amount of sunlight allowed into the building envelope can further boost the homes heating and cooling systems. Having dynamic controls on mechanical shading systems present energy losses in motors and friction. Therefore the Solar Design Team has suggested a research project to look into the application and implementation and potencial modeling of a Electrochromatic Window System.