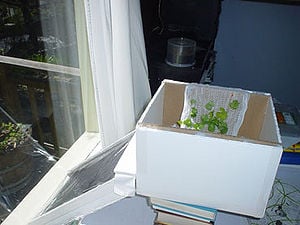 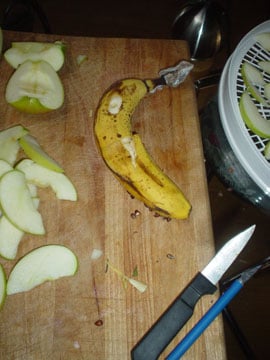 After determining that I would most likely have problems dehydrating fruits and vegetables, I put my dehydrator to use on some items of minute mass: herbs. Pictured is some cilantro drying by the window. The dehydrator has a lid (not pictured) that covers 95% of the top while in operation, leaving 5% open near the back edge to allow for passive airflow. 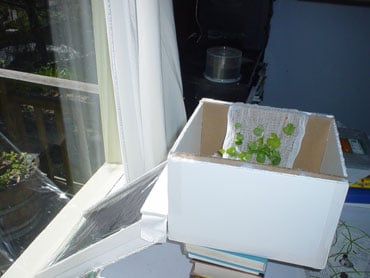