What is Concentrated Solar?[edit | edit source]

Concentrated Solar Power (CSP) takes the sun’s energy and collects it through a series of arrays and then concentrates or focuses it on a location that is the center of the arrays. The energy at that central point becomes very hot, hot enough to melt many metals and to produce steam. Most notable of these arrays are the large installations of heliostats (mirrors), which track the Sun and reflect the radiant energy to a receiver on a tall tower. A very few smaller systems use Fresnel lenses or parabolic reflectors to concentrate the solar thermal energy. There are a lot of advantages of solar power 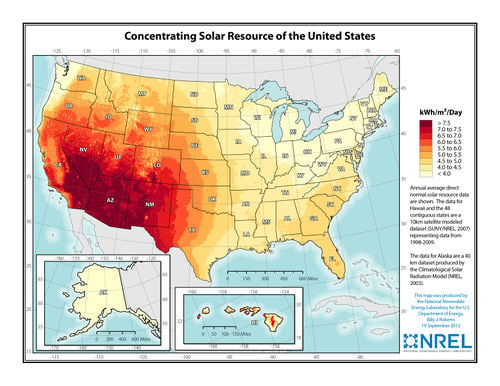