is the heat put into the system (heat energy entering the system),

is the absolute temperature of the cold reservoir, and

is the absolute temperature of the hot reservoir.

Power stations use cooling towers,rivers, or the sea as their cold reservoir which means

is the outside air or water temperature - 0C to 35C depending on the location and the season. This corresponds to 273K to 308K. The materials used to make power stations mean the temperature of the combustion gases is limited to about 500C, 800K which gives us a maximum efficiency of about 60% of the heat energy converted into work (electricity) and the rest rejected to the cold reservoir. This is for an ideal heat engine. Losses in real engines mean efficiencies for large conventional power stations are about 55%. 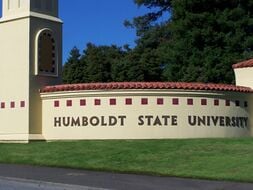 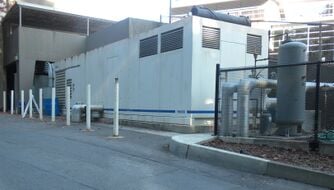 Page data
Retrieved from "https://www.appropedia.org/w/index.php?title=Combined_heat_and_power_system&oldid=674997"
Cookies help us deliver our services. By using our services, you agree to our use of cookies.
Category:
Maintenance categories:
About Appropedia · Policies · Contact · Content is available under CC-BY-SA-4.0 unless otherwise noted.