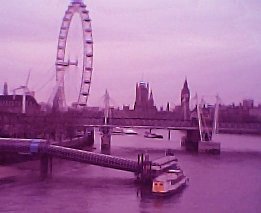 Carbon Literacy is the awareness of climate change and the climate impacts of mankind's everyday actions. The term has been used in a range of contexts in scientific literature and in casual usage (see Research), but is most associated with The Carbon Literacy Project (CLP).

The term Carbon Literacy had been used informally on a number of earlier occasions, but began to gain prominence in 2009 when it emerged in the development of the climate change action plan for Manchester, Manchester: A Certain Future.

Behavioural responses to climate change are limited due to the uncertainty and complexity associated with the subject. Current research focuses on the need for societal engagement in the mitigation of climate change, through an increase of understanding amongst citizens, organisations, schools and public bodies due to the uncertainty and complexity associated with the subject. Dissemination of Carbon Literacy (CL) training (which includes the causes and consequences of carbon emissions, and an understanding of the power of individual action) has been shown to qualitatively influence positive behaviour change with regard to reducing carbon footprints. Following CL training, energy and carbon-saving behaviour (including both individual and collective actions) has been shown to increase, including evidence of the ‘cascade effect’–where participants discussed CL with family, friends or colleagues. In Greater Manchester CL is being disseminated to those that live (via housing associations), those that work (BBC, Media City, Peel Media, ITV, Dock10, local authorities, Groundwork, Greater Manchester Fire and Rescue) and those that study (University of Manchester, Manchester Metropolitan University).

Other studies conducted over the last two decades refer to the abstract concept of 'carbon literacy', and its importance in low-carbon behaviour change. For example, Horng et al. looked into the development of low carbon choices in the Taiwanese tourism industry, and Teng et al. found that 'carbon literacy' significantly improves low-carbon behaviour in the hospitality industry in Taiwan. Studies have also focussed on ‘carbon literacy practices’ in children's construction of knowledge about climate change. Here, significantly higher levels of climate change knowledge and understanding were found in pupils from ‘eco-schools’ as opposed to ‘non-eco-schools’, indicating the importance of Carbon Literacy within community settings to facilitate culture change.

How can cities that rely on consumption recover from the pandemic, while reducing emissions? Here's some good ideas. Mar 24 [1] ...Manchester

Planting Trees Won't Save the World, By Erle C. Ellis, Mark Maslin and Simon Lewis. The authors are scientists. Feb 12 [2]