In terms of energy, the Sunfrost uses 8 gallons of oil less than a conventional refrigerator of the same size each month. If we changed every refrigerator in the U.S. to a Sunfrost, we would save one billion gallons of oil every month - 40% of the output from the Alaska pipeline.[verification needed] 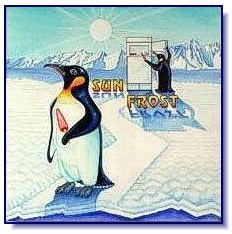 The Campus Center for Appropriate Technology values a healthy planet and ways to better treat our planet ethically. CCAT promotes sustainable living practices, along with new and old technologies to implement the idea of "sustainable living."

Feel free to check the CCAT homepage for visiting hours.

Why you should be concerned about the refrigerator in your home....[edit | edit source]

What makes it the the world's most efficient refrigerator....[edit | edit source] 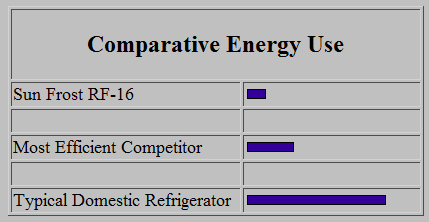 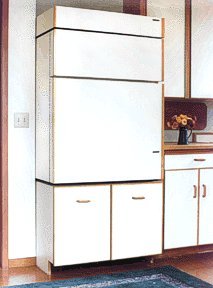 Models RF19 and F19 use a quiet and efficient fan to help cool the condenser. On other models the compressors are cooled passively. The new more efficient techniques used in the Sun Frost include a much smaller compressor which results in less noise than a conventional refrigerator.

The operations and maintenance page may be found at CCAT sunfrost refrigerator/OM.

Page data
Retrieved from "https://www.appropedia.org/w/index.php?title=CCAT_sunfrost_refrigerator&oldid=619766"
Cookies help us deliver our services. By using our services, you agree to our use of cookies.
Categories:
Maintenance categories:
Comments
Privacy policy · About Appropedia · Disclaimers · Mobile view · Content is available under CC-BY-SA-4.0 unless otherwise noted.
</html