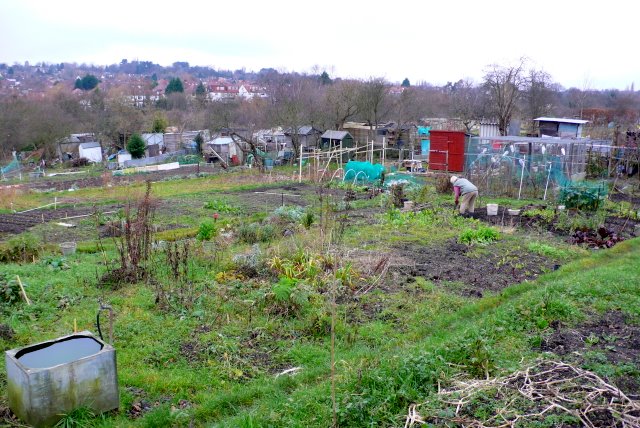 The London Borough of Barnet (pronunciation ) is a suburban London borough in North London. The borough was formed in 1965 from parts of the ceremonial counties of Middlesex and Hertfordshire. It forms part of Outer London and is the largest London borough by population with 384,774 inhabitants, also making it the 13th largest district in England. The borough covers an area of 86.74 square kilometres (33 sq mi), the fourth highest of the 32 London boroughs, and has a population density of 45.8 people per hectare, which ranks it 25th.

Barnet borders the Hertfordshire district of Hertsmere to the north and five other London boroughs: Camden and Haringey to the southeast, Enfield to the east, as well as Harrow and Brent to the west of the ancient Watling Street (now the A5 road). The borough's major urban settlements are Hendon, Finchley, Golders Green, Friern Barnet, Chipping Barnet, Whetstone, and Edgware; there are also village settlements notably Totteridge and Arkley along with rural areas and countryside part of the Green Belt.

The local authority is Barnet London Borough Council, based in Colindale.

From Wikipedia:List of nature reserves in the London Borough of Barnet

The London Borough of Barnet, on the northern outskirts of London, is mainly residential, but it has large areas of green space and farmland. The spread of suburban development into the countryside was halted by the designation of a statutory Green Belt around London after the Second World War, and almost one third of Barnet's area of 8,663 hectares (21,410 acres) is Green Belt. Without this control, Barnet would be very different today, and this list of nature reserves would be much shorter.

Most of Barnet lies over London Clay, which is poor for agriculture, and open land is mainly used for activities such as horse grazing, playing fields, parks and golf courses. Features of the traditional agricultural landscape have survived, such as old hedgerows, ancient trees and areas of herb-rich grassland. Some hay meadows have a large diversity of wild flowers, and the London Ecology Unit (LEU) described them as one of Barnet's most important ecological assets.

Barnet has large areas with designations intended to protect them from "inappropriate development", and to "provide the strongest protection for the preservation of Barnet's green and natural open spaces". As well as 2,466 hectares (6,090 acres) of Green Belt, Barnet has another 690 hectares (1,700 acres) of Metropolitan Open Land, which receive a similar level of protection. Watling Chase Community Forest covers 72 square miles (190 km2), extending north and west from Totteridge into south Hertfordshire.

From Wikipedia:Parks and open spaces in the London Borough of Barnet

The London Borough of Barnet, located on the northern periphery of London and having much of the area within its boundaries in the Metropolitan Green Belt, has many parks and open spaces. In addition there are large areas taken over by cemeteries and golf courses, and part of Hampstead Heath.

It was set up in 1991 and is one of twelve community forests in England set up to regenerate the countryside in and around urban areas. They are sponsored by Natural England and the Forestry Commission which work with local authorities and voluntary bodies to manage them.

Barnet Pledges, an initiative of the London Borough of Barnet (local council, barnet.gov.uk)

There are 15 council-run libraries in the London Borough of Barnet, mobile library and home library services, and a local studies and archives library. W

Sisters are doing it for themselves: the retired women who built their own community, May 31 [1]