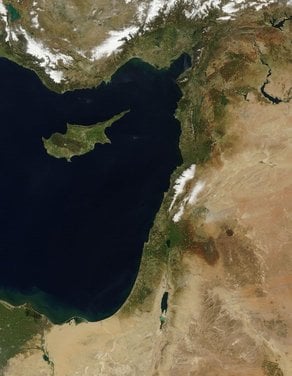 The country of Israel is world renowned as being one of the leaders in water conservation. The Middle East has always been a severely dry area, which makes water an extremely precious resource as well as a commodity. Necessity breeds innovation though and Israel continues to contribute.

Three areas in which the country works to maximize their usage is using drip irrigation, wastewater treatment and desalination.

Drip irrigation farming has been around for years, but Israel was a large proponent of reinventing it. In traditional sprinkler systems a lot of water is wasted by just spraying it on the plants and then it evaporates. A drip irrigation system delivers water directly to the roots of plants either on the surface or just beneath it.

One of the biggest modern innovators of drip irrigation farming was developed in Israel in the 1960s. An engineer by the name of Simcha Blass came up with a revolutionary idea of using low pressure slow dripping water through plastic tubing with a plastic tip at the end to allow the water to reach the roots better without getting clogged. He later helped start a business called Netafim, who are now the number one drip irrigation system distributors in the world. It allowed for people to use drip irrigation in their homes and in the fields, providing more food in impoverished countries.

It is estimated that Israel reuses anywhere from 70-80% of their wastewater, making them the number one country in the world to do this. A lot waste and sewage water is recycled and used as irrigation for agriculture. This is so potential drinking water won't be used on crops.

One company called Applied CleanTech which was started in Israel has developed a new methodology and a Sewage Recycling System (SRS). This treatment process separates cellulose products called Recyllose that can be used as alternative heating, additives to paper and plastics. The wastewater is basically strained and the larger particles are pulled from the water and collected. This process also cuts down on sludge which collects at waste treatment plants and is difficult to decompose and could even leach into groundwater.

Vast water desalination treatment plants have sprung up along the Israeli coastline on the Mediterranean sea. The treatment plants take in ocean water, purify it and then allows people to have extra drinking water in an area that desperately needs it. The Hadera Desalination Plant provides roughly 127 million cubic meters in a year and Israeli engineers are working on developing a similar one in California.

There are a couple of concerns though with desalination. For one it costs a lot of money and isn't the most energy efficient. Another is the environmental impact of disposing of high salinity concentrated material. Finally since it is controlled by private companies there is the possibility of them raising prices making it difficult for people to afford.

Israel is a thriving country with a strong support system for water conservation, but there are still concerns with water rights concerning them and nearby Palestine. It is through the development of more efficient water usage and technologies that perhaps could be used as a mutual tool for peace.

All life forms on this planet require water. As the world continues to become more populated the demand for clean water will increase so water efficiency will come to the forefront. Technologies and methodology being created in Israel can and will be used to help save the world.