From Appropedia
Redirected from Transportation

With the depleting fossil oil reserves, climate warming exacerbated by carbon emissions and high energy prices, the conventional automobile industry is becoming less and less feasible to the conversation of sustainability. Revisions of urban transport systems that foster mobility, low-cost transportation and healthier urban environments are needed. Such urban transport systems should consist of a combination of rail transport, bus transport, bicycle pathways and pedestrian walkways. Public transport systems such as underground rail systems and bus transit systems shift huge numbers of people away from reliance on car mobilization and dramatically reduce the rate of carbon emissions caused by automobile transport.[1] Carpooling is another alternative for reducing oil consumption and carbon emissions by transit.

In general, following vehicles types can be distinguished:

Most vehicles above can be either:

According to the Appropriate transport manual, sustainable transportation is a strategy for the flow of people and goods across the Earth that meets the needs of the present without compromising the ability of future generations to meet their own needs. Transportation accounted for 32.6% of US green house gas emissions in 2005. [1]. In addition to the widely publicized environmental consequences of driving automobiles, it is also socially and economically costly:

Taking action in favor of sustainable transport also include supporting a local car-share program that uses highly fuel efficient vehicles, work with your community officials, attend city council meetings and become involved in your local government in order to influence decision making, help to educate community leaders about the benefits of creating "walkable" and "bicycle-friendly" cities and towns, try to live close to public transport and good bike routes so you have plenty options on commuting and shopping, use your car less and even consider selling it.

Being early can make it easier to use - and enjoy - public transport or cycling. This helps to avoid having to catch taxis, driving your car, or wishing you still had a car. (As a side-benefit, you might also be a lot more relaxed.) Taking a good book or an e-book might give you more motive to leave early, and have time to read on the train and when you arrive early.

The specific choice depend on where you live, of course. Thats why the house you buy or construct should be chosen to be in proximity to essential services such as grocery stores, schools, daycares, work, or public transit making it possible to commit to sustainable transportation choices.[2] This already greatly reduces your carbon offsets from transport. If there are no practical public transport options, and no safe cycling options, write a letter to your local government. 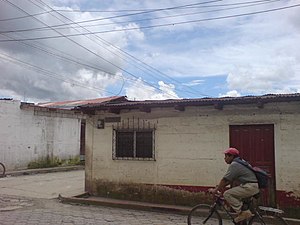 Use of a bicycle in Guatemala.

A bicycle, or bike, is a 2-wheeled vehicle for human transportation. They are generally human-powered by pedals (but see #Electric bicycles too). Bicycles are used for cycling.

In comparison with automobiles, bicycles are a paradigm of energy efficient personal transportation. Bicycles increase mobility while alleviating congestion, lowering air and noise pollution, and increasing physical exercise. Most importantly, they do not emit climate-disturbing carbon dioxide.[3] Bike-sharing programs are booming throughout the world and are modeled in leading cities such as Paris, Amsterdam and London. Bike-sharing programs offer kiosks and docking stations that supply hundreds to thousands of bikes for rental throughout a city through small deposits or affordable memberships.

Another boom has occurred in electric bikes, especially in China and other Asian countries. Electric bikes are similar to plug-in hybridW vehicles in that they are battery powered and can be plugged into the provincial electric grid for recharging as needed. In contrast to plug-in hybrid cars, electric bikes do not directly use any fossil fuels. Adequate sustainable urban transportation is dependent upon proper city infrastructure and planning that incorporates efficient public transit along with bicycle and pedestrian-friendly pathways.[4] 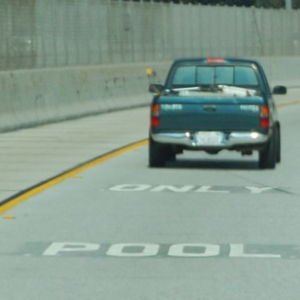 Carpooling (also car-sharing, ride-sharing, lift-sharing and covoiturage), is the sharing of car journeys so that more than one person travels in a car.

By having more people using one vehicle, carpooling reduces each person's travel costs such as fuel costs, tolls, and the stress of driving. Carpooling is seen as a more environmentally friendly and sustainable way to travel as sharing journeys reduces carbon emissions, traffic congestion on the roads, and the need for parking spaces. Authorities often encourage carpooling, especially during high pollution periods and high fuel prices. W

Here you will find different biofuels and other sustainable fuels that can be used as an alternative to conventional fuels.

Isolation is one of the key elements of poverty. Isolated communities have little or no access to goods and services, and few opportunities to travel beyond their immediate surroundings. This restricts agricultural productivity, reduces health and education and limits opportunities for employment and political activity. Limited financial resources prevents investment in transport maintaining the position of poverty and isolation. Consequently, there is a need to develop alternative, more affordable means of transport.

Transportation and Sustainable Campus Communities by Will Toor and Spenser W. Havlick.

Page data
Retrieved from "https://www.appropedia.org/w/index.php?title=Transport&oldid=648379"
Cookies help us deliver our services. By using our services, you agree to our use of cookies.
Categories:
Maintenance categories:
About Appropedia · Policies · Contact · Content is available under CC-BY-SA-4.0 unless otherwise noted.