Global climate destabilization is exacerbating water problems in Vietnam, most acutely in the South and Central regions where the majority of the inhabited area lies in the low elevation coastal zone. Off-grid community-scale reverse osmosis desalination powered by small wind turbines offers a solution to this problem for the coastal fringe of Vietnam's Mekong Delta. Using a geographical information system (GIS) platform, wind resources atlas developed by the Asia Sustainable and Alternative Energy and projected rural population available from Columbia University's Center for International Earth Science Information Network, a decentralized and community-based method to adapt to and mitigate climate change in the coastal fringe of the Mekong Delta was investigated.

A complete literature review is given here.

Precise definitions for rural population density and clean water in Vietnam were necessary. However, defining urbanism and urban population is country specific and effort consuming (United Nations 2010, Long et al. 2001) and no uniform definition exists for the world (United Nations 2010). For Vietnam such a definition was not found in the National Statistics Office. Hence estimation from the International Development Research Center (IRDC) was used, whereby the rural population density in Vietnam is approximately 1071 people per km2. As for the latter, clean water supply is defined to encompasses clean water, drilled wells, rainwater, mountain springs with filters, constructed hand dug wells at least 7m away from pollutant source and filter/chemical-treated water from unprotected sources; and that of improved water source, which includes tap water, drilled wells, rain water, mountain spring with filters and all constructed hand dug wells (Soussan et al. 2005).

As GIS was intended to be the platform for calculation and visualization of the results, all project data had to be acquired and imported in a suitable and usable format for the program used, which was ArcGIS version 9.3 and conform to the time line and definitions discussed above. Data ranged from geographic (to define the geographical constraint of the study) to demographic (to reflect the human central focus of the study) and technical (for the wind potential).

The conceptual methodology of the chapter can be summarized in the following steps: - Spatially map the rural population density of the region for 2010

- Spatially map the rural population within the feasible wind areas

It was deemed more appropriate to measure the potential of small wind turbine applications via the proportion of rural population that could be served by small turbines (TrueWinds 2001). In addition, villages located in very good or excellent wind areas are very rare globally except in Vietnam. It was calculated that available wind resources can provide 5.4 million people in applicable areas shown below at the rate of 60 liters per capita per day, in the absence of any other facilities. This is 5.4 million out of a total of 8.7 million predicted for 2010 rural population, spreading over 18.9 thousand km2 of 27.2 thousand km2 total area of the coastal provinces, as shown in Fig.1 below: 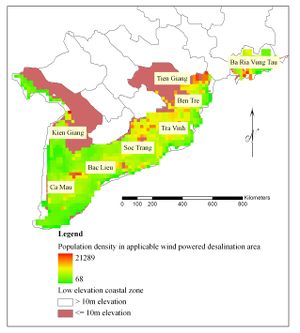 The results were also broken down and visualized in three dimensions for each province included the area, whereby the height of the column indicates the marginal difference between what is available in terms of wind desalinated water and what is required in terms of water consumption for communities at that location AND the color indicates the density of the local population. 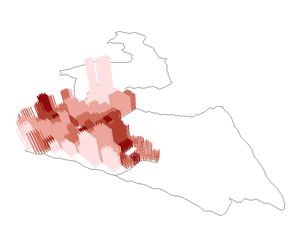 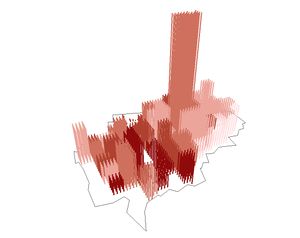 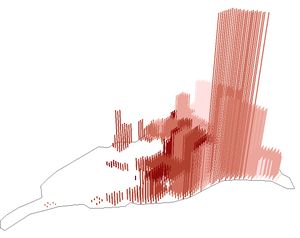 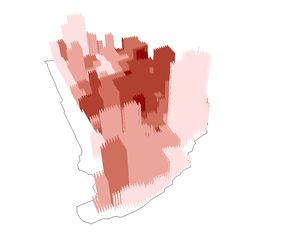 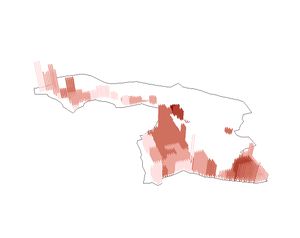 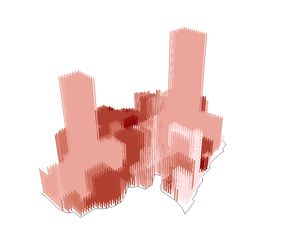 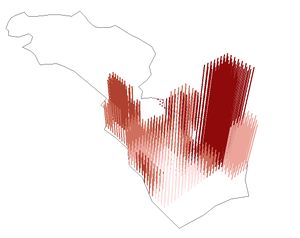 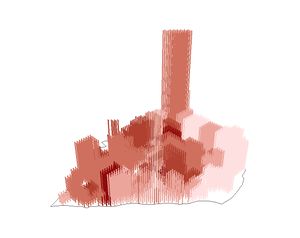