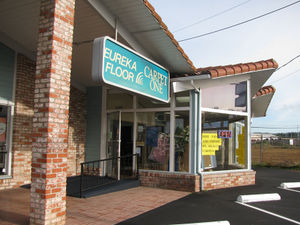 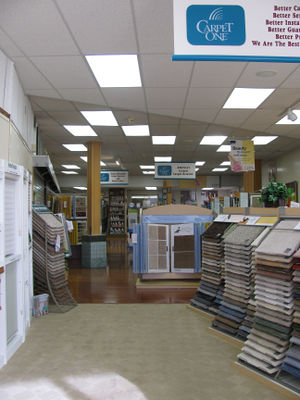 Figure 2. Some of the lighting retrofits performed on Eureka Floor Carpet One by the Redwood Coast Energy Authority.

Eureka Floor Carpet One's main purpose for performing the lighting retrofits (Figure 2) was because of the cost benefit-analysis from a small business stand point. Eureka Floor Carpet One was looking for a more energy efficient lighting system and a means to replace their older, magnetic ballast lighting system which had been less cost-effective.[1] Seventy-four retrofits were performed by the RCEA in April of 2006. A complete list of RCEA retrofits is located in the Summary of Completed Retrofits (Table 2)

The RCEA provided data eight months prior to the retrofits. To calculate the yearly average energy use, the sum of the energy used eight months prior to retrofits was divided by eight and multiplied by twelve. This number was subtracted from the sums of the 2007-2008 and 2008-2009 years to find average annual energy savings. This number for average annual energy savings was used in further calculations including energy savings, cost savings, carbon-dioxide savings, and simple payback. 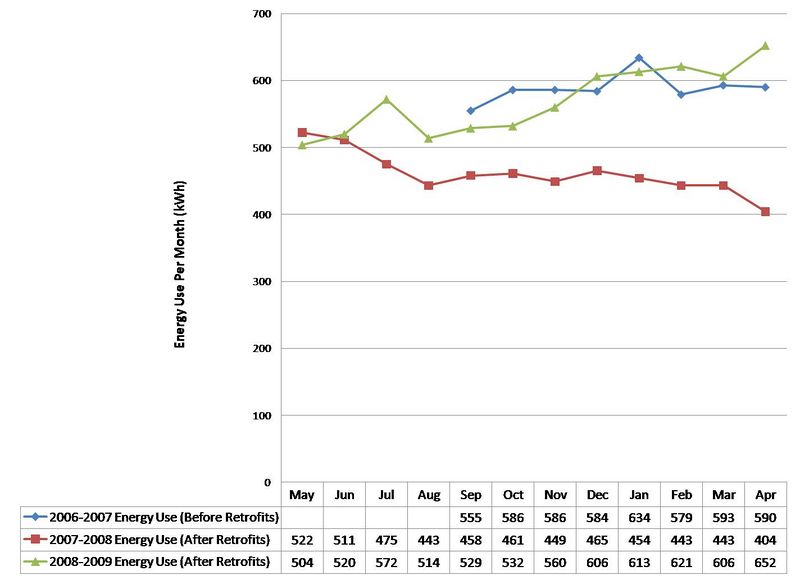 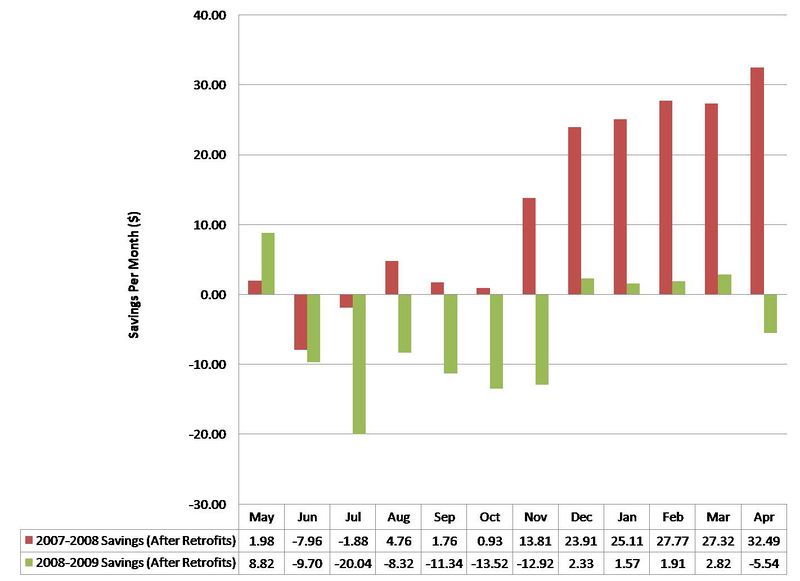 According to Cost Savings Comparison for the 2007-2008 and 2008-2009 Years graph (Figure 4), Eureka Floor Carpet One experienced the most cost savings during the 2007-2008 year directly following the retrofits. Even though total energy was reduced during the 2008-2009 year, Eureka Floor Carpet One did not save money as compared to the yearly average savings. These savings are lower than the RCEA projected savings of $2,226.00 dollars per year.

Eureka Floor Carpet One has no more lighting available for upgrade, but has expressed interest in both solar electric and solar heating retrofits.[1]