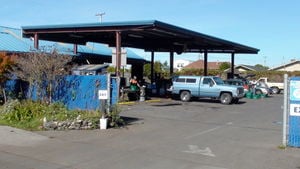 The Arcata Community Recycling Center (ACRC) (Figure 1) has been serving the community of Arcata, CA for the last thirty years. Mark Loughmiller, director of operations, agreed to have the ACRC participate in a light retrofit program sponsored by the Redwood Coast Energy Authority (RCEA). A retrofit is the addition of new technology or the upgrading of older technology.[1] In this case the RCEA hired a contractor to change the existing light fixtures, at the 9th St. and 10th St. buildings of the ACRC. The program offered the ACRC rebate incentives to retrofit its light fixtures based on Kilowatt-hour offsets.

The purpose of the upgrade was to reduce electrical energy (kWh/year) consumption of the ACRC which will reduce the center's energy bill and CO2 emissions. The retrofit occurred on August 19th, 2007 in the following 9th. St building areas (Table 1): thrift store (Figure 2), reusables depot, break room, and oil recycling area. Two months after the retrofit the ACRC shut down its operations at the 10th St. building. The motive behind the closure of this building is that the ACRC opened a larger facility in Samoa, CA. Because of the closure of the 10th St. building, any retrofits information for the tenth St. building will not be included. 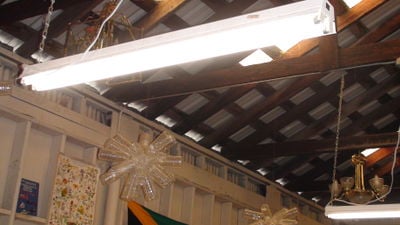 Figure 2. Here is an example of one of the new T8 light fixtures used in the thrift store as part of the retrofit (picture taken by Enrique Diaz 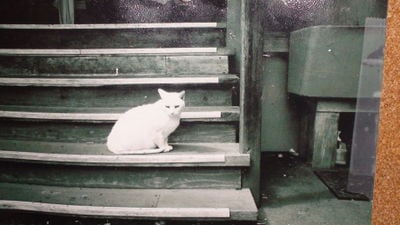 Figure 3. Riley the cat was diagnosed with cancer; this caused a large spike in energy consumption because of the heat dish ACRC used to keep him warm (picture of a picture taken by Enrique Diaz)

A heat dish was kept on daily for approximately a year to keep the ACRC's cat warm. Riley (Figure 3), the ACRC's cat, was diagnosed with cancer one month before the retrofit took place. Caring for him caused the energy readings for the first year after the retrofit to be higher than the previous year (Table 2). The ACRC kept Riley warm and comfortable during his last year of life . The heat dish used to keep him warm consumes 1,000 watts of power.[3] The heat dish kept on for 10-14 hrs/day for one year equates to an energy increase of 3,650-5,110 kWh/year. Hence, the data from September 2007 to August 2008 will not be included on this page.
Table 2. Raw Data

The retrofits did save the ACRC money (Figure 5). However, the RCEA's predicted energy savings of 31% did not match the actual energy savings (Table 2). The ACRC saved 4,626 kWh/year the second year after the retrofit, which is a 21% decrease in the energy consumption from the year prior to the retrofit. There are two possible reasons for the error in the predictions. The first reason is that the predictions given for the ACRC include the 10th. St. building; as noted earlier, this building is no longer being used so the predictions made take into account predicted energy use for the 10th St. building. Secondly, right after RCEA's contractor finished installing the retrofits the ACRC added six new high output light fixtures that were not factored into the RCEA's estimated savings for the recycling center. These six new light ballasts (Figure 4) have a total of 36 light bulbs (32 watts per light bulb), which use 1,152 watts of power. The ACRC retrofitted six 20 watt compact fluorescent bulbs[4] that used 120 watts of power all together. The compact fluorescent bulbs were not providing adequate lighting for the drop off recycling center which led to their replacement.[5] Everyday during the winter months the canopy lights (Figure 4) are used for approximately two hours. 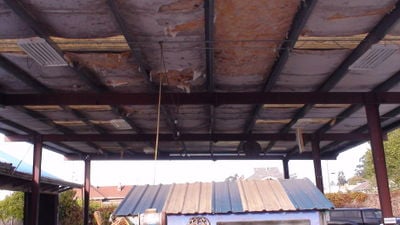 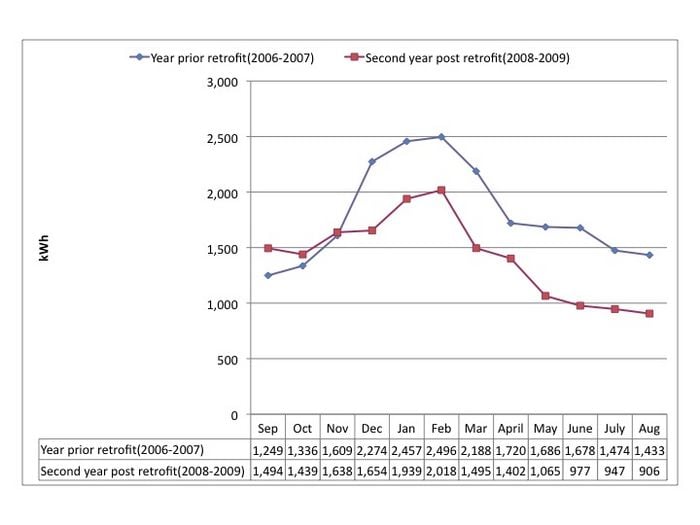 By participating in the RCEA's retrofit program, the ACRC decreased its electrical energy consumption by 21%/year. A decrease in kWh/year consumption by the ACRC equates to less CO2 emissions emitted by Pacific Gas and Electric Company (PG&E). Every kWh saved is equal to 0.524 lbs of CO2[7] that was offset from going into the atmosphere. RCEA's projected reductions for CO2 per year of 3,528 lbs of CO2 (Table 2) did not match actual CO2 reductions/year. The ACRC's actual CO2 offset/year is 2,424 lbs of CO2, which is a 21% reduction from the year prior to the retrofit. The estimate takes into account energy use for the 10th St. building, which is being omitted in this research. The estimated offset does not take into account the independently performed retrofit by the ACRC which increased electrical energy consumption.

The ACRC decreased its energy consumption by 21% the second year after the retrofit, which equals to a $719.02 savings. Simple payback is the amount of time that it will take for a business to make back the money it invested for installing the retrofit, based on annual energy cost savings.[8] The total cost of the retrofit installation is $1,990.71. RCEA's estimated simple payback for ACRC is 1.9 years (Table 3). The total installation cost of the retrofits divided by the actual monetary savings per year is 2.8 years (Table 3). The estimated payback is not correct because the actual energy cost savings are less than what the RCEA estimated. The error occurred because the estimated payback takes into account projected energy use for the 10th St. building, which is no longer being used. The estimated payback did not take into account the independent retrofit performed by the ACRC, which is another source of error.

Mark Loughmiller strongly believes that taking part in RCEA's retrofit program was "the right choice to help the environment and saves the company money in the long run". The ACRC would not have retrofitted its lighting with out the RCEA's help because there is only a high energy demand during the winter months. Mark Loughmiller was very satisfied with the work that was done for the ACRC. He recommends that "other companies take advantage of the grants that are available to lower energy consumption." [9]