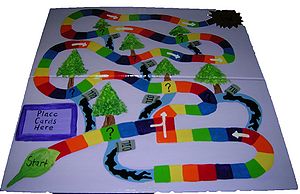 This website is dedicated to a design project offered by the Engr215 Introduction to Design at Cal Poly Humboldt in Arcata, California. In cooperation with the RCEA (Redwood Coast Energy Authority) the goal of this project was to design an educational kit to be used by teachers to teach their students about energy conservation. The grade range for this particular design was kindergarten through fourth grade.

The goal of this design project was to supplement education about environmental concepts within the general education system of the US, with a kit designed to offer kindergarten through fourth grader energy conservation education.

This design project came as an offer from the RCEA to the Engr215 Introduction to Design class at Cal Poly Humboldt, spring 2010. The class was divided into groups who were each meant to specialize in a particular field of environmental eduction. The three topics that were distributed were: climate change, renewable energy and energy conservation. Along with choosing a particular field to specialize in the students also chose which grade range they wanted their design to be suited for. The grade ranges were: Kindergarten through fourth, fifth through eight and ninth through twelfth.

These kits were to be completed during the length of the class and given to the RCEA upon completion. Here, the kit would be available for teachers to check out and use in their classes. Each kit was to be designed with the teacher and the class in mind. Offering them a easily used and understood educational tool with an emphasis on environmentally conscious education.

This particular design project concerned itself with energy conservation and grades: kindergarten through fourth. This design team consisted of Julien Coppieters and Monica Napoles and named themselves the Solar Saints.

The Solar Saints objective was to educate, in partnership with the RCEA, kindergarten through fourth grade students in Humboldt County about energy conservation through the use of an interactive kit.

The criteria for this design project was gathered collectively between the group and client. After criterions were selected each one was given a weight according to it's importance, see table below.

The Rad Triad is a combination of three design solutions: Conservation Elevation, Conservation Pop-Up and Savings In Sing A Longs.

The first design, a Chutes and Ladders based board game, is called Conservation Elevation. In this board game students role a die to advance throughout the game unless they happen to land on a question space. These question spaces require the player who landed on the space to have a card drawn for them from the card deck. Each card contains a question related to energy conservation. If the player answers the the question correctly, it will advance them up a Redwood tree or, if answered incorrectly, send them down an oil spill. This allows students to see the environmental effects that their everyday actions can produce. The game is meant for second to fourth grade students.

The second design, a pop-up book, is called "Way to Save". It contains conservation tips revealed under the folds on each page. Each picture is transformed into a new one while still containing elements of the old picture. The book is laminated for durability and is appropriate for kindergarten through fourth graders.

The last design is a Solar Saints music composition called: The Frog and the Hog, to hear the song see "The Frog and The Hog mp3 in the references section. The music is upbeat and catchy. The lyrics involve an energy hog sung by Julien Coppieters and a savings frog sung by Monica Napoles. They describe examples of how each wastes or saves energy. The lyrics are as follows:

Frog: I always turn off the lights when I leave the room
Hog: All my lights are on when I leave in case I come back soon
Frog: No thank you cashier, I don't need a bag, I've brought my own
Hog: Fill her up and make it plastic, I want my footprint known
Frog: Recycling my trash means it never goes to waste
Hog: If you have to ask, I bury mine in a landfill place

Hog: It's cold in here, turn that heater up up and up
Frog: I'm feeling toasty with my sweater on yup yup yup
Hog: I always drive whenever, wherever and everywhere
Frog: I like to ride my bike when I go somewhere
Hog: "Yawn" I leave my water on, I leave it running
Frog: Hog, you're draining my pond, your wastefulness is stunning!

The monetary costs to create the project and to maintain is are as follows:

Pawns and dice are expected to be lost. The maintenance costs for these, however, should not come into affect for about 3 years because extra pawns and dice were included in the kit.

After testing the activities of The Rad Triad with a few children, the Solar Saints concluded that children enjoyed all aspects of the three design solutions. Issues that the Solar Saints encountered included problems with age groups. It was found that only second through fourth graders could play the Conservation Elevation board game. Also, third through fourth grade students were less interested in the Pop-Up book. All the students enjoyed the song. The Solar Saints are pleased with The Rad Triad design as it fulfills all of the design criteria. Also, the solution caters to three different kinds of learning styles commonly found in children: visual students have the book, auditory students have the song, and kinesthetic students have the board game.

The two board games were coated with a spray on finish, in further producing these board games we would like to use a more safe and environmentally friendly finish. Also, the cards included with the board game could be improved and added to in subsequent copies.

The book could have pages added, including a wider variety of environmentally friendly tips. Also after laminating the pages we have some difficulty keeping the pages folded down. Perhaps in future attempts special attention should be given to the fold in the page when laminating.

The Frog and The Hog song was recorded informally and therefore the quality could be improved. Also, we would like to complete more songs to add to this kit. 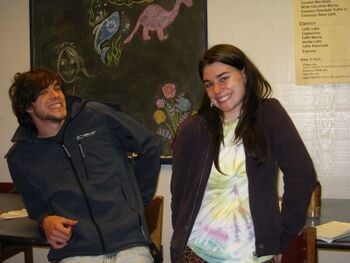