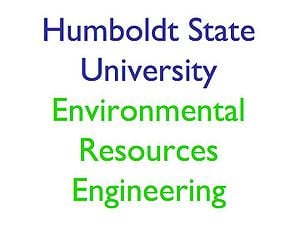 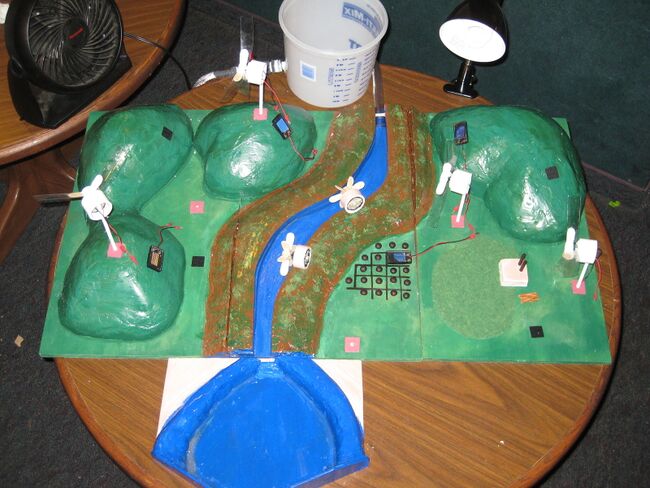 During the Spring semester of 2010, a group of four students (Team Energy-Caters) were assigned a twelve week long design project in the Engineering 215 Introduction to Design course at Humboldt State University. Team Energy-Caters were sponsored by their client Redwood Coast Energy Authority of Eureka, CA., and given the task to further educate local students on renewable energy in the best-fit design they felt appropriate. The objective and criteria of the design project was developed by team Energy-Caters in order to produce a teaching aid for middle school audience on renewable energy resources. The final product, Modeling Renewable Energy, was researched, constructed, and tested with the goal of being implemented in classrooms for years to come.

Modeling Renewable Energy is a design consisting of a three-part lesson plan.

The first part is a written activity for the students. The activity includes informative pamphlets on five renewable energy resources: solar, wind, wave, hydroelectric, and biomass. To go along with the introductory pamphlets is a theoretical scenario describing an area in need of an energy source. The students have a worksheet they complete for this activity.

The second part is a hands-on activity for the students. One topographic model, as shown in Figure 1, is provided to the class. The students place miniature solar panels, wind mills, and water mills on the model and connect them to a voltmeter to witness them producing energy. There are various spots on the model for the renewable technologies to be placed; each spot changes the amount of energy produced. There is a worksheet involved with this activity.

The third part is a class debate. The students are split into five groups, each assigned one of the renewable energy resources. The students use the information from the previous activities to develop arguments on why their renewable energy is best-fit for the modeled area. The class debate is structured where each group rotates in presenting until each person in each group has said their argument. 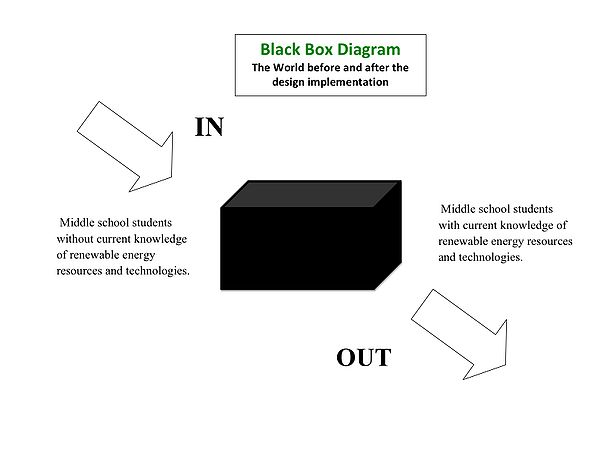 
The Design Objective: To fill the given boxes with an effective, educational aid focused on renewable energy that is interactive and maintainable for a middle school audience.


The Black Box Diagram, shown in Figure 2, depicts the state of the world before and after the final design is implemented.

The criteria are based off the objective and are weighted in terms of importance relating to the final solution. Each criteria has a corresponding constraint that must be met.

The final product of Modeling Renewable Energy contains three parts. The process of which Energy-Caters decided upon these three parts is described in the linked document. Instructions for implementing the lesson plan for each part is also included in the document.

The first gallery shows the progress of the building of the model.

The second gallery displays the attachable components of the model. 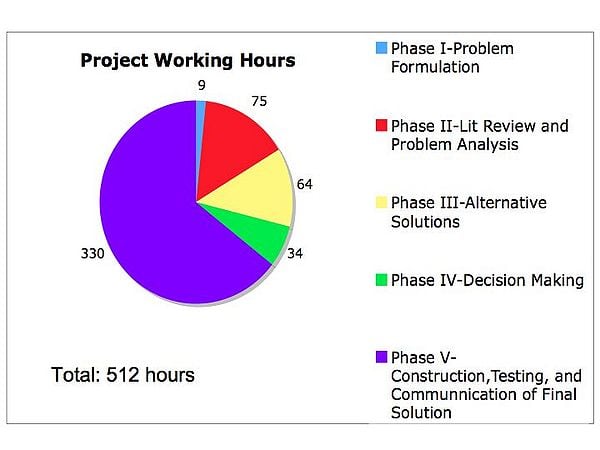 The materials involved in constructing the final project cost a total of $230.06. A detailed list of the price and quantity of each material is listed in the table below. The materials were purchased from local stores, such as Almquist Lumber, Ace Hardware, Michael's Arts and Crafts; and Eureka RC and Hobby shop, as well as online companies, such as SolarMade and KidWind.

The total number of combined hours that Energy-Caters contributed to completing Modeling Renewable Energy, as seen in Figure 3, is 512 hours. The design process was divided into five phases: Problem Formulation, Problem Analysis/Literature Review, Alternative Solutions, Decision Process, and Construction and Testing of the final solution. Details of each phase are located in the linked document.

The estimated annual cost to keep Modeling Renewable Energy operational is $112.80. The primary cost comes from making photocopies of the worksheets for the students. This estimate will vary depending on how often the design is implemented in the classroom.

The final solution, Modeling Renewable Energy, is a success in that it meets the objective as an effective and maintainable educational aid regarding renewable energy technologies geared towards middle school students and fits our criteria as a safe, durable, and practice teaching exercise. The final product and lesson plan was not able to best tested in a classroom setting, but was tested on individuals. The individuals were older than the middle school age, but they were able to complete the activities with no instructions, meaning that middle school students will be able to complete the activities with the help of both written and verbal instructions.