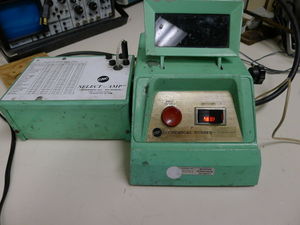 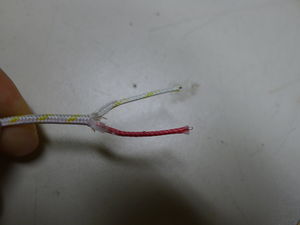 3. Strip the sheaths of both of the smaller wires using the wire strippers to reveal bare metal as shown in Figure 3. 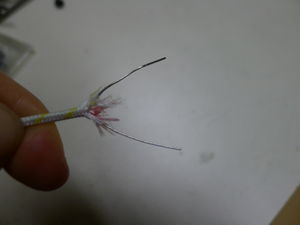 4. Twist together the bare metal ends, ensuring good contact between the wires as shown in Figure 4. Be sure to leave a portion of the wire untwisted. 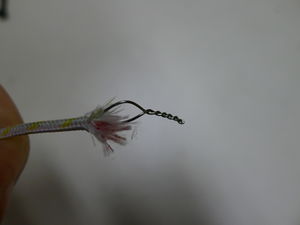 5. Attach the alligator clip of the thermocouple welder to only one of the bare metal wires as shown in Figure 5. 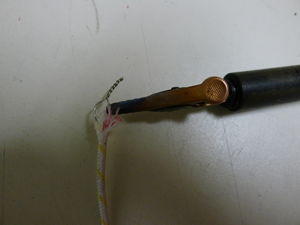 6. Set the thermocouple welder to the desired current setting. For type K thermocouples, 20A was used. 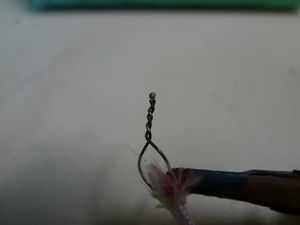 8. Using the pliers tips of the wire strippers gently untwist the wires until the wire is no longer twisted as shown in Figure 7. Ensure there is a strong bond between the tips of the two wires and ensure that this is the only point at which the two bare wires are in contact with one another. Sometimes during this step the bond will break and the two wires will separate. If this happens, simply cut the wire and start over at step 2. 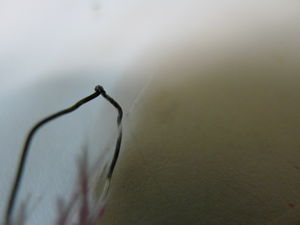