See Hullkrete and fiber-crete for the project that this research was completed for.

This is a review of the available literature pertinant to the 2014 Practivistas innnitiative to begin ceating Hullkrete and fiber-crete for the community of Las Malvinas in Santo Domingo. The topics been covered range from the potential materials to the production for construction.

The community of Las Malvinas is a rural barrio located on the North Side of Santo Domingo. The community and Practivistas students have experimented using upcycled materials in other to developed cinder blocks which are less expensive and utilize local resources.

In accordance to the constructions norms of structural masonry walls in Dominican Republic (R-0217) "The thickness of concrete blocks walls, used as earthquake resistant structural elements, shall not be less than 0.20 m (8 ")".[1] 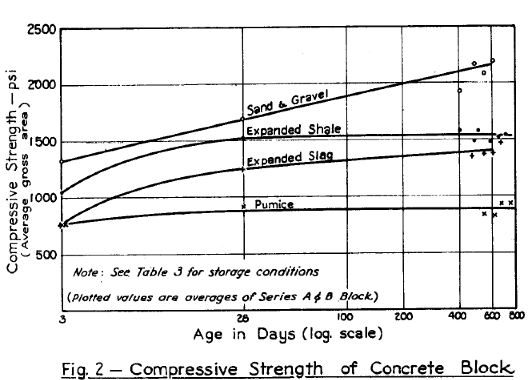 Joseph J. Shideler, in his Investigation of moisture-volume stability of concrete masonry units with the Portland cement association, they stated "Concrete mixing, molding and curing procedures were established that produced compressive strengths at 72 hours after molding… The molded block were immediately place in a kiln and subjected to an 18-hour curing cycle."[2]

For the drying process the cycle "consisted of holding the block at room temperature for 2 hours, then raising the kiln temperature to 160F at 40F per hour… until the block reached the required moisture level"[2]

The Article "Production and Utilization of Active Rice Husk Ash as a Substitute for Cement" by YAMAMOTO and M. LAKHO was published in 1982 and covers an experiment carried out in Asian with Rice husk ash (RHA). It mentions the interest of using this material as a building source since Mehta and Pitt published a paper introducing the mass production of active RHA in 1974. "These efforts have confirmed that RHA (Rice Husk Ash), if produced properly, was a prospective silicious material not only for plastering but also for production of acid resistant high strength concrete." The article also include the ratio in which the experiment was carried out and the source they obtained from. The materials used were rice husks,boiler rice husk ash, lime, Portland Cement, and fine aggregate. "Dirt free rice husks were obtained from a rice mill in Thailand. They were stored in plastic bags at their natural moisture content of about 20 %. They were later burnt in a muffle furnace or in the open air to reduce to their ash under various conditions." "Rice husk ash taken from a boiler of the same mill was also used in this work for comparative purpose." "Lime used in this investigation was reagent grade calcium hydroxide. It was kept in air tight glass bottles to prevent its carbonation." This source also specifies the water qualities of using river sand. "Natural river sand was used for making mortar. Its specific gravity, fineness modulus and water absorption were 2.60, 2.75 and 1.40, respectively." Some of the ratios been used for the experiment are listed below. "The mixing ratio for the mix proportion of Mostars was "Sand-cement ratio of 2.75 by weight was maintained throughout the work. In preparing the blended cement of lime and RHA, lime-RHA ration was initially kept at 2.0 by weight. But it was changed to 0.5 in the later parts of the study after the latter was found to be the optimum. Water lime plus RHA ratio was fixed at either 0.80, 0.65 or 0.60 depending on the purpose of the study. The proportion of RHA in the mixture of Portland cement and RHA was changed from 0 to 70 % by weight."[3]

F. J. Aukour, from the Faculty of Natural Resources and Environment,The Hashemite University, Jordan. In the 3 years period investigation of (Feasibility study of manufacturing concrete eco-blocks using marble sludge powder as raw materials), says "The possibility of using marble sludge powders (MSPs) as a substitute for limestone was investigated over a three year period. The results have shown that appropriate incorporation of MSP can result in favourable characteristics in terms of compression strength 9 N/nm2 at 28 days,and water absorption (7%), anticipating a complimentary usage of sludge as a by-product instead of being waste."[4]

The methodology used by F.J. Aukour,

Page data
Retrieved from "https://www.appropedia.org/w/index.php?title=Hullkrete_and_fiber-crete/Literature_Review&oldid=646531"
Cookies help us deliver our services. By using our services, you agree to our use of cookies.
Category:
Maintenance categories:
About Appropedia · Policies · Contact · Content is available under CC-BY-SA-4.0 unless otherwise noted.