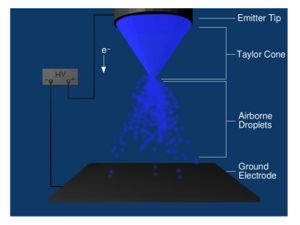 Figure 1: An artistic rendering that provides an overview of electrospray.

Electrospray is a phenomenon that results from the application of an electric field to fluid contained in a small capillary. The driving electrostatic force incites the emission of charged droplets that cycle through phases of evaporation and coulombic explosion, ideally resulting in the formation of gas-phase ions or a very fine liquid aerosol. Though this technique has found widespread use in the area of mass spectrometryW, it has also been documented to function in a wide range of other applications such as industrial painting, particle deposition, and gene therapyW.

This array of modern uses, however, belies the fact that the basic science behind electrospray is anything but new. Indeed, it can trace its origins all the way back to Lord Rayleigh's article, "On the equilibrium of liquid conducting masses charged with electricity" published in 1882.[1] A little over 30 years thereafter, John Zeleny became the first man to witness an electrospray event, and subsequently published his observations in "The electrical discharge from liquid points, and a hydrostatic method of measuring the electric intensity at their surfaces."[1] Since then, continuing research by Taylor, Fenn, Dole, and a number of other researchers have continued to push forward science's understanding and range of applications for electrospray.[1],[2] 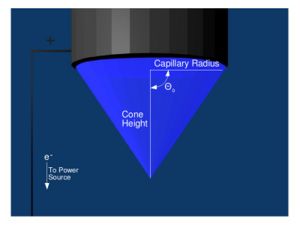 Figure 2: A schematic showing the half angle, θ0, of the Taylor cone.

As a process, the literature segregates the electrospray event into a series of 3 unique phases:[3]

Below, each of these steps will be discussed individually and the governing roles that various mechanical and electrochemical factors play will be described. An overview of the apparatus can be found in Figure 1.

At rest, no activity is witnessed in an electrospray system due to the lack of a sufficiently strong electric field to drive the vaporization of solvent at the emitter tip. The threshold electric field at which emission begins has been characterized by the relationship:[3]

Initiation of electrospray via formation of a Taylor coneW is achieved by applying a voltageW to liquid housed in a capillary (see Figure 1). The magnitude of the voltage needed, Vonset, is dependent upon the following relationship:[1]

By varying this applied voltage, the electric field at the emitter, EES, can be manipulated and eventually increased to levels that create the Taylor cone. EES can be calculated via the following equation:[3]

The resulting plume of charged airborne droplets are accelerated towards the counter electrode due to the electric field, and subsequently undergo a series of droplet fission events. 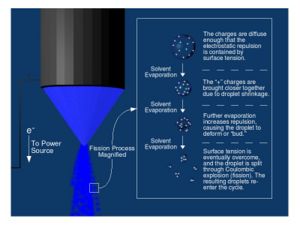 Figure 3: Diagram of an airborne droplet as it undergoes the fission process.

Once airborne, the liquid droplets' structural integrity becomes dependent upon the struggle of surface tension with the electrostatic repulsion that results from the solvated ions. Up to a point, known as the Rayleigh limit, surface tension will hold the repulsive forces in check and prevent droplet fragmentation. Due to evaporation, however, continuous shrinkage in droplet size gradually brings the charges closer together, increasing repulsion proportionally. Eventually, the Rayleigh limit is overcome and the droplet undergoes Coulombic explosion, splitting into progeny droplets in which the process is reset (see Figure 3). The amount of charge, qR, at which the Rayleigh limit is exceeded and fission occurs has been described by the mathematical relationship:[4]

This is only a general guideline, however, as a number of labs have reported Rayleigh discharge (a.k.a. particle fission) at 70% to 120% of this value.[4]

Two models have been put forward to explain how ions eventually enter the gas phase. The first, known as the Ion Evaporation Model (IEM), postulates that the electrostatic repulsion present in very small (tens of nm in diameter) droplets is strong enough to actually force the ions to desorb from the surface.[4] The charge residue model (CRM), on the other hand, simply states that the cycle of evaporation and coulombic explosion continues until it terminally results in the generation of gas-phase ions.[4] It has not yet been determined which one predominates, and it is indeed possible that both may viable models under different circumstances (droplet size, charge density, etc.), or even intermingle.[3]

In IEM, the potential for ion evaporation from the solvent surface can be determined by examining the related change in Gibbs free energyW. If the overall value is negative and the activation energyW barrier is overcome, then the reaction can spontaneously occur. A model by Iribarne and Thomson, as well as one by Born, both seek to mathematically explain this event, however the former fails to take into account a number of factors and the latter has been shown experimentally to severely underestimate free energies.[3]

The CRM view that progressive fragmentation due to fission and solvent evaporation leads to the generation of gas-phase ions has its own difficulties, however. Once droplets reach a size of only a few nm, the Rayleigh equation breaks down due to the loss of (assumed) equal charge distribution and shifts in vapor pressureW due to the Kelvin equationW.[3] Instead, the remaining ions are thought to be caught in solvent molecule bulges from which the ions, not the solvent, eventually evaporate via IEM.[4] 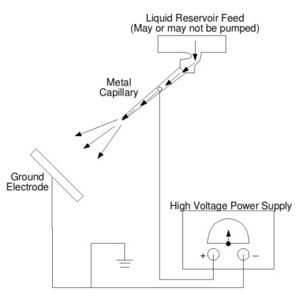 Figure 4: A schematic detailing the electrospray setup. Dimensions are omitted due to the wide variance based upon equipment and application.

Though the central design and components used to construct an electrospray apparatus are essentially the same, customization is often neccessary depending upon the application. Below, the process of constructing a basic direct currentW ES device will be described, with notes detailing modifications that may be necessary for various uses.

The absolute bare-bone requirements for setting up an electrospray apparatus are:

In addition, some applications may require other components, such as:

With respect to tools, nothing special is required for the basic design herein described. In some cases, more specialized devices, such as micropipette pullers, may be needed, depending upon the type of project being explored.[5], [9]

The actual assembly of an electrospray system is simple, and the plans are relatively straightforward (see Figure 4). Depending upon your application, a few things may vary. A few examples include:

The literature itself is actually vague as to the details of optimally assembling an electrospray apparatus and ensuring that it works, so if anyone has personal experience in this area your contributions would be greatly appreciated.

Once the apparatus is properly assembled, generally a few steps are all that is needed to initiate operation:

After the electrospray has begun, the reaction can be monitored until completion, at which time the power source should be deactivated. It is critically important that close proximity or contact with the device be avoided during operation, since voltages reached during the procedure can be potentially lethal, or cause serious personal harm.

In maintaining the device, special care must be taken in keeping the emitter tip clear of physical stress to prevent deformation. Additionally, all components should be stored in a moisture free environment to minimize corrosion of metallic surfaces.

Electrospray is a powerful and adaptable tool that has found application in a variety of industries and as an instrument in research. The following are just a few areas in which it has found employ:

The two mains areas in which electrospray stands to benefits sustainable development is in its potential to fabricate novel nanoparticles and thin films that can fulfill a variety of roles.

For nanoparticles, many sustainable applications have been proposed that could integrate the use of an electrospray device for fabrication purposes. A sampling of these would include:

For thin films, a number of other options also exist that can help to promote the achievement of sustainability goals:

It is also worth noting that newer advances in the area of genetic engineering via electrospray may facilitate more rapid development of crop/livestock strains that demonstrate superior performance. This could, in turn, cut down on the amount of land needed for agricultural operations, allow agriculture to flourish in harsher climates (decreasing food transportation costs), and possibly obviate the need for more risky forms of pest control (e.g. pesticides and herbicides).

Page data
Retrieved from "https://www.appropedia.org/w/index.php?title=Electrospray&oldid=618543"
Cookies help us deliver our services. By using our services, you agree to our use of cookies.
Categories:
About Appropedia · Policies · Contact · Content is available under CC-BY-SA-4.0 unless otherwise noted.