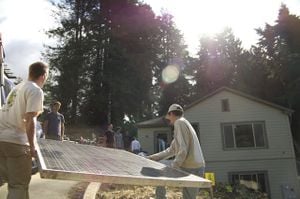 In May of 1991 CCAT installed a PV solar system. This system ran off the grid for 10 years generating power for the CCAT house along with a wind turbine and backup bio diesel generator. In 2001 a new grid tied PV system of 8 ASE-300-DGF/17 modules of 300 Watts each. This system ran for only a few years before the CCAT house was moved several hundred feet to the southwest to make room for the BSS building at HSU in 2005. It has since been reconnected in 2008 and is still grid tied. Because CCAT is an educational outlet for the community it was necessary to perform a full systems analysis of the PV. The Campus Center for Appropriate Technology, a student run organization focusing on renewable, environmental and self-sustainable technology through a live-in demonstrational house and educational center on HSU campus.[1]

Problem Definition: CCAT's team is responsible for analyzing the CCAT house's PV Solar System. CCAT is a demonstration house for appropriate technologies, it is part of their mission statement to record and document the technologies they implement to obtain pertinent data for everyone to view. They will be answering questions about the energy input (embedded), energy output, efficiency, costs, and buyback time. They will be creating a spreadsheet that will contain initial costs, efficiency, energy production, energy usage, and energy fed into the grid from the system.

The Excel sheet is mostly self explanatory and contains many justifications of assumptions as well as need to know notes on how it works. Follow this link (link being worked on) Media:Excel Workbook for our excel workbook download.

The embedded energy data came from the Inventory of Carbon and Energy[2] (created by Geoff Hammond and Craig Jones from the University of Bath, UK),  execpt for the polycrystalline panels which came from a study that estimates the amount of energy per m^2.[3] and for electronics.[4]  The quantities of construction materials were estimated by physical inspection when exact weights were unknown.

The materials are based on these ICE values:

Aluminum - Market average, comprised of both recycled and virgin aluminum.

Steel - Market average, comprised of both recycled and virgin steel.

All weather plastic - non category value used, which is higher than average. This seems reasonable as the plastic is industrial.

Since the panels were manufactured in the US and they comprise the bulk of the embedded energy, it is assumed that all embedded energy is from US 2007 grid electricity[5]   Furnaces were used throughout the process(not accounted for in embedded energy), which is more efficent, and thus, should compensate for the components likely made in China to make a reasonable estimate.

PG&E provided the energy production of CCAT's panels from the last annual billing cycle (7/08-6/09). It is assumed the panels will produce this amount annually until the embedded energy is recouped.

CCAT's electricity is from PG&E, and its mix is cleaner than the national average. Thus, every kWh produced by CCAT offsets less carbon than each kWh enbedded in the system, making the carbon payback about twice as long as the energy payback 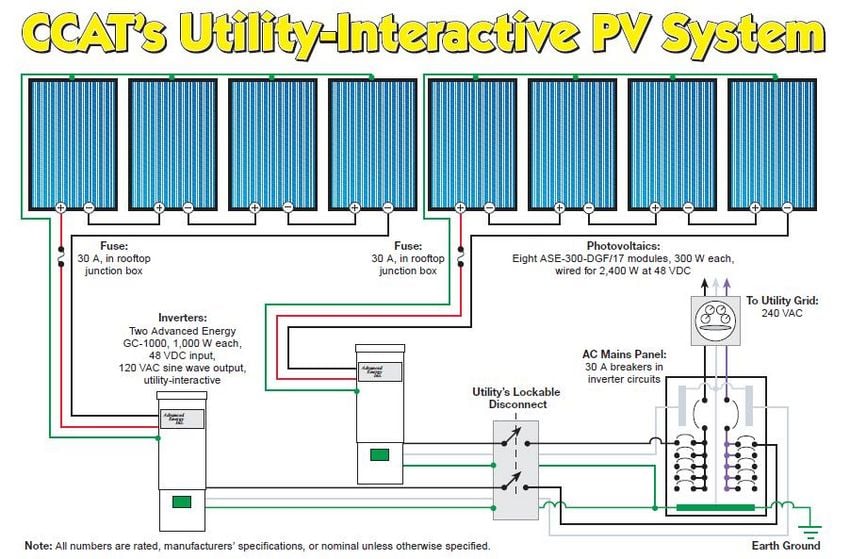 Large systems like the one at CCAT are a practical energy source. The incredible value they received from getting most of the components donated helped to ensure that their buyback time was much lower than a purchased system. The Embedded Energy of the systems production was broken down by components: Panels, Inverters, Hardware and Conduits. We used average values for embedded energy of the components from the Inventory on Carbon & Energy (ICE).<ref>http://www.circularecology.com/embodied-energy-and-carbon-footprint-database.html<ref> The team used the 2007 National Grid Mix to calculate the CO2 values based on embedded energy. It is an assumption that some of the components were made in other countries (eg. China) with a "dirtier" grid mix but it is a known that the panels were made in the US and furnaces were used throughout the process which is more efficient and would compensate for the components likely made in China. The total embedded energy of the whole system was found to be 9,505.9 kWh with a CO2 output of 12,912 lbs. At this rate it would take 4.6 years to pay off the embedded energy and 9.2 years to pay off the imbedded CO2. For current PV Panel Power Generation go to CCAT website 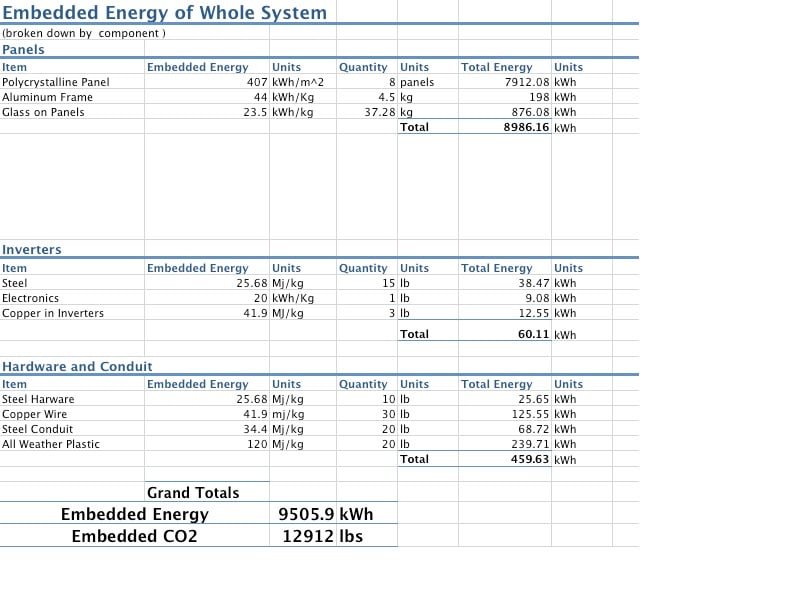 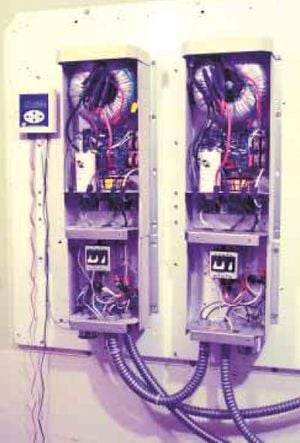 Inverters in the Basement Room of CCAT 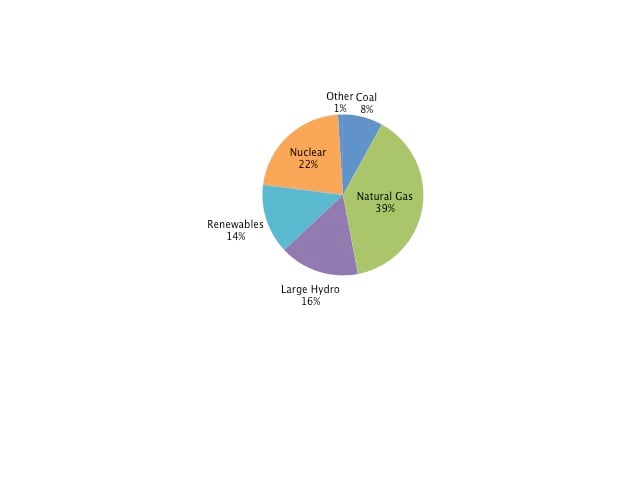 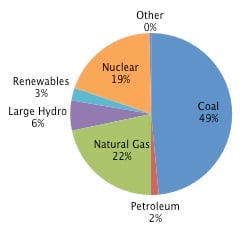 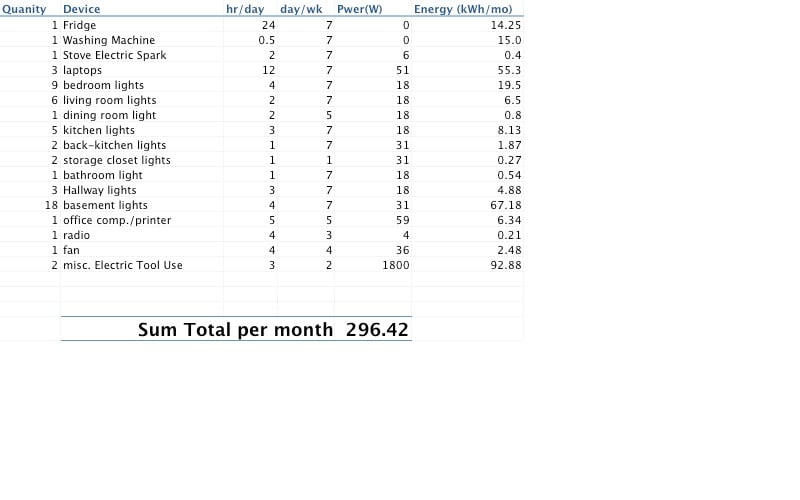 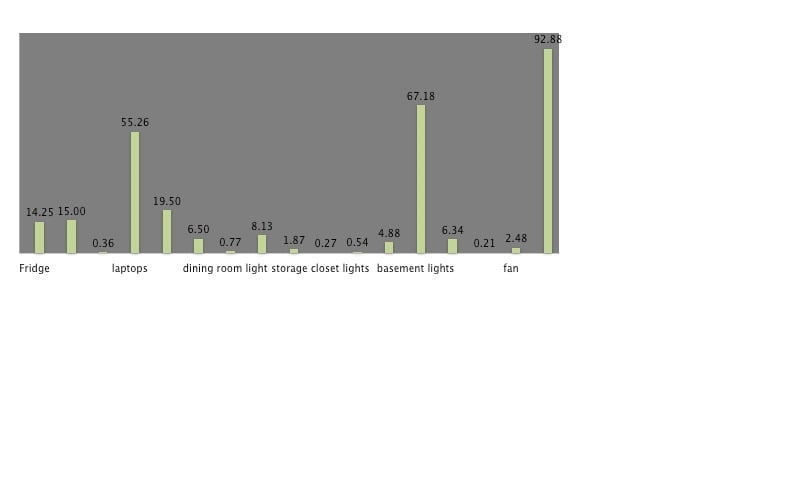 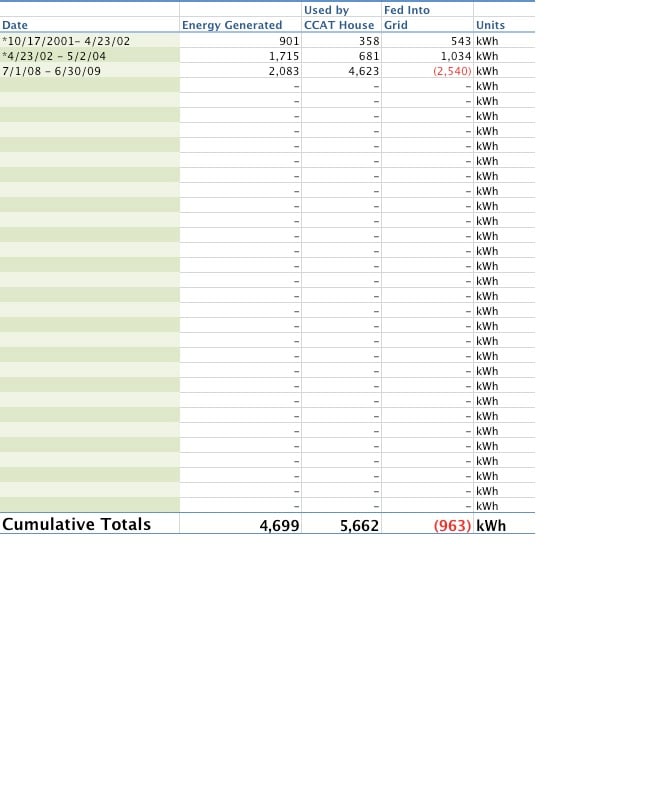 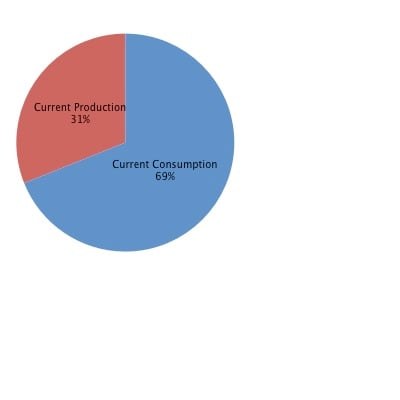 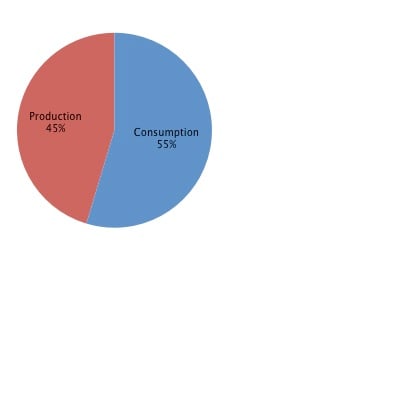 The solar radiation at the installation site of the PV could affect the results. CCAT's team noted that 2009 was a particularly sunny year. Only one of the two inverters was working so the solar PV system was therefore working at half-capacity.

They assumed $0.14/kwh instead of the regular $0.15 because CCAT uses significant amount of energy less than the typical household, making them in a tier 1 rate system. The higher the energy cost the less time it would take to pay back.

It should note here that CCAT costs are extremely low because most of everything was donated. We may have over or underestimated the components of the solar PV system when calculating the embedded energy because we used weights to calculate the percentage of components (eg. copper, steel, plastic, etc.) but this should not change the results significantly.

They were surprised by how fast the carbon buy-back was at 9.2 years with 24 % already paid back. 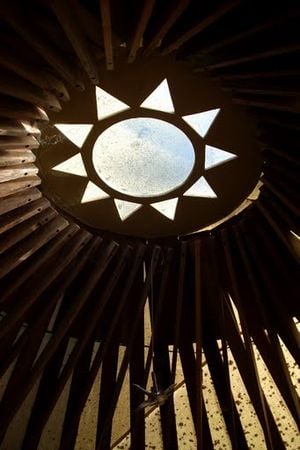 There are several next steps that would be helpful to this project. One would be to continually update the assumptions and running system data on the system as this would make the payback times as accurate as possible. The accuracy of the running percents on the first page of the work book is dependent on continual updates of the running system data and change in grid mix over the next 10 to 30 years. Another step to be taken is to take the shell of this workbook and stipulate it to run an energy analysis on the recently installed Solar Thermal System at CCAT. A monitoring system was also recently installed which can provide concrete numbers on energy generation and exchange. And finally, for CCAT's own benefit and education; updating the energy audit every year or so to account for changes in energy consumption. For example, there is currently a green shed under construction at CCAT. The construction of which requires power tools which draw significant power and account for a large percentage of CCAT's energy consumption.

Current rates for PG&E's electricity Once the rate plan CCAT uses has been established, this will provide data on cost/payback.

The article looks at the EROI of PV.

This article also looks at the embedded energy of PV as well.