As described on the Solar thermal energy page, solar thermal technology collects the suns rays as heat which is then used to do work. The heat generated can be used for a number of things. This page focuses on the application of solar thermal liquid heating panels on the scale of a typical household. 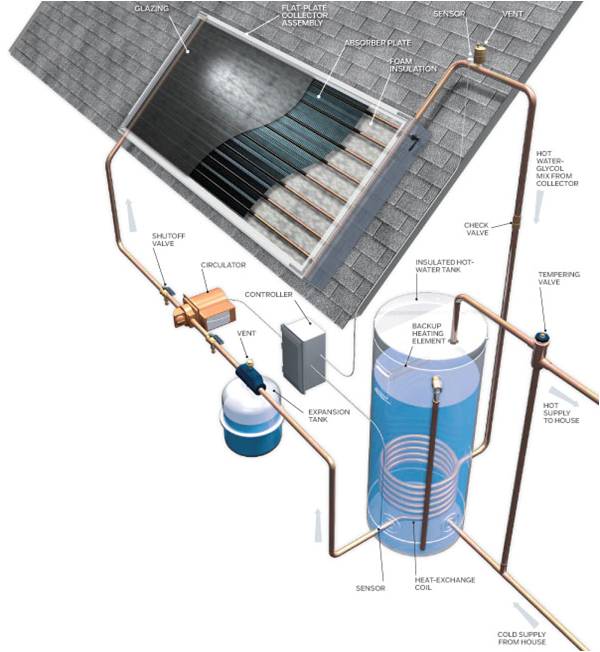 Systems can be open or closed and active or pump circulating

Here is an example of wide spread use of Solar Thermal Liquid System Technology. China is one of the largest consumers of energy in the world; 70% of their energy comes from coal [3]. The Chinese government is encouraging the use of solar thermal hot water heaters in order to curb residential energy consumption. By Installing a total of 150 million square meters of solar thermal water heaters by 2010, the country could save about 20 million tons of standard coal, according to China's long term plan for developing renewable energy. [4] Currently 9% of homes in china has some form of solar thermal system.[5]

Known as an evacuated tube collector. 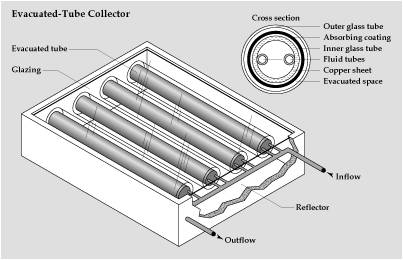