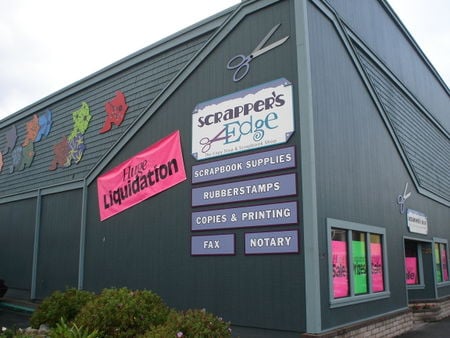 The purpose of this page is to present an analysis of the effectiveness of the Redwood Coast Energy Authority (RCEA) lighting retrofit performed at Scrapper's Edge.

Scrapper's Edge, as pictured in Figure 1, is located in Eureka, California. Owned and operated by Sondra Kirtley, Scrapper’s Edge provides the local community with art and craft supplies. In addition to paper crafting and art supplies, Scrapper’s Edge provides copy and printing services, computer rental and scanning stations, UPS Shipping, and an array of paper crafting classes.[1] Scrapper’s Edge was contacted by RCEA to provide the business with energy retrofit suggestions. The first retrofit that was carried out at Scrapper’s Edge by RCEA, was the implementation of vending machine controllers. The controllers would reduce the amount of energy consumed by the snack and soda machines that were located on the premises of the business. Sometime after the first energy retrofit, RCEA contacted Kirtley again with the suggestion to have another energy assessment performed; this time the energy assessment would be of the businesses’ lighting. Kirtley went ahead with the energy assessment because she knew if she could reduce the store’s overall energy consumption she would see the savings reflected in her monthly energy statement. The business owner also acknowledges that her businesses’ energy use has an impact on the environment and would like to play a role in reducing that impact. [2]

Redwood Coast Energy Authority performed both a vending machine retrofit and a lighting retrofit at Scrapper's Edge. The first retrofit that was carried out by RCEA was the installation of a vending machine controller in May of 2007, and later an additional controller was installed during July of 2008.[3] Lastly, RCEA performed an energy assessment during September of 2008 and a lighting retrofit during October of that same year.[4] 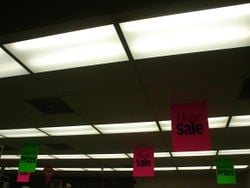 Figure 2. Lights that have been retrofitted (Photo by L. Villagomez). 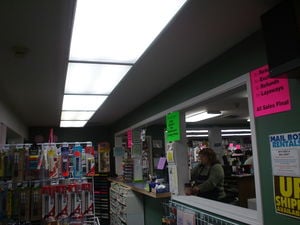 Figure 3. Lights that have not been retrofitted (Photo by L. Villagomez).

In September 2008 RCEA performed an energy assessment of the 6,500 square foot store[1] and completed an energy retrofit during October of that same year. The retrofitting process involved RCEA evaluating the business' energy usage and then finding methods to reduce their overall energy consumption. According to Lou Jacobson, Auditor of RCEA, the goal is to reduce excess foot-candle or ambient lighting, and either increase or maintain task lighting. A majority of the lighting in the store is task lighting. Most of the task lighting is located in the crafting area where classes take place and in the side room that connects to the instructional area. Currently, the primary energy consumers at Scrapper’s Edge are the copy machines, computers, and lighting. Store owner Kirtley worked with an electrician that she has contracted before to carry out the RCEA retrofit. The electrician removed 78 magnetic lighting ballasts[7] and replaced them with nearly the same amount of electronic ballasts. The old magnetic ballasts housed 40 watt T12 tubes (1.5 or 12/8 inch tubular fluorescent) shown in Figure 3, and the newly installed electronic ballasts house 32 watt T8 tubes (1 inch tubular fluorescent)[8] pictured in Figure 2. The magnetic ballasts were changed out with newer electronic ballasts that are more energy efficient. The lighting ballasts and fluorescent tubes that were replaced are located in the instructional area, side room, copy and cashier area, restrooms, and kitchen. The entire installation took about a week to be completed and was performed during business hours. A small portion of ballasts were not replaced, but the owner would like to eventually retrofit the remaining lighting;[2] the lights that Kirtley would like to eventually replace are pictured in Figure 3.

RCEA provides businesses with a list of contractors who will perform the retrofits at a low cost which reduces the overall cost of the installation, or the business can request a contractor that they generally work with. Furthermore, RCEA researches and applies for rebates in which the business' retrofit qualifies for. Kirtley said RCEA took care of all the paper work for the rebates so the retrofit process was no hassle to her. The rebates reduce the overall cost for the business owner, which in turn reduces the payback time of funds invested by the owner toward the retrofit.

After analyzing Scrapper's Edge energy billing information that was provided by the store owner, it was discovered that RCEA's predictions of energy use, energy bill, and Carbon Dioxide emissions reductions were not achieved. Additionally, the retrofit payback period estimated by RCEA did not match the actual results. RCEA's payback period was predicted to be 1.4 years, and the actual payback period was found to be 4.2 years.[4] 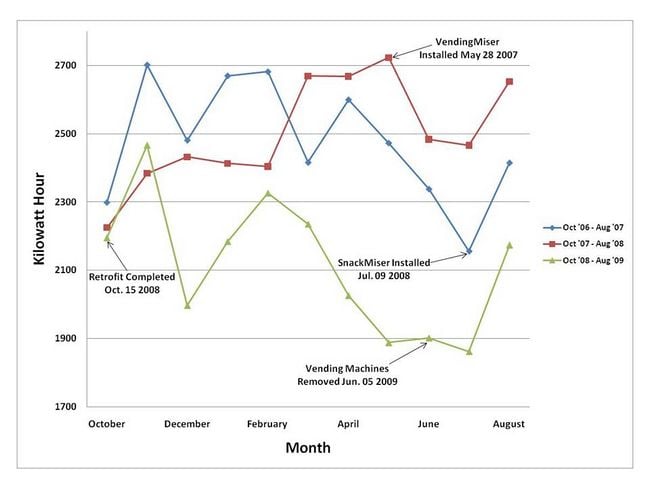 Figure 4. Scrapper's Edge kWh usage per month prior to and after the lighting and vending machine retrofits.

RCEA estimated that after the lighting retrofit Scrapper's Edge would reduce their Carbon Dioxide (CO2) Emissions by 4,050 lbs/year,[4] but in the year after the retrofit Scrapper's Edge has only reduced their CO2 Emissions by 2,158 lbs (Table 3 shows data for Carbon Dioxide Emissions Reductions).[9] Both calculations were done the same way: Multiply the kWh used per year by 0.524 lbs of CO2 per kWh. [11] The only factor making the estimated reduction different from the actual reduction is the kWh use, which is discussed above.

The total cost of the retrofit installation was $3,821.56. The rebates that were applied to the lighting retrofit minimized the overall cost for Sondra Kirtley by $1,987.67,[4] leaving the owner with less than forty-eight percent of the remaining cost. Kirtley's portion for the installation came out to be $1,833.89. The breakdown of the cost to each party can be seen in Table 4. RCEA estimated that after the lighting retrofit Scrapper's Edge would save enough money in their monthly energy bill to recuperate the money that was invested in the installation within 1.4 years.[4] According to the actual savings that are reflected in the business' monthly energy bills, it will take about 4.2 years to recover the money that was invested by Kirtley. Additionally as shown in Table 4, there is also an estimated simple payback time of 7.5 years had Kirtley not received a rebate on the lighting retrofit.[9]

Scrapper's Edge owner Sondra Kirtley decided to participate in the retrofit for several reasons. Kirtley felt the retrofit was the right thing to do from an environmental standpoint and that the retrofit would save her business a significant amount of money. Simply put Kirtley said the project was a "no-brainer." Kirtley mentioned that RCEA was a great organization to work with, and overall they were efficient and helpful. The owner believes that the retrofit was worthwhile and very satisfying. Since the retrofit Kirtley has seen a reduction in energy and cost reflected in her monthly bill, and believes the lighting is somewhat brighter in her store. Had RCEA not approached Kirtley with the proposal to retrofit her business, she wouldn't have known about the process and potential savings. Although the store owner has yet to do so, she would like to recommend the RCEA lighting retrofit to other businesses.[2]