1.6 billion people to not have access to electricity, and many others have only intermittent access. Most off-grid households use kerosene fuel for lighting, which has health, environmental, and fire safety issues. Burning kerosene not only contributes to indoor air pollution, but also contributes to climate change by releasing over 190 megatons of carbon dioxide each year (equivalent to about 33 million cars). Rural families in developing countries, who may be earning only $1-2/day, can spend over 30% of their income on lighting alone. Despite this, these families receive much less light for their money than people in the industrialized world. Fuel-based lighting costs off-grid households over $38 billion a year. As we all know, fuel costs are also rising.

The motion from everyday tasks can provide low-cost electricity for lighting and other appliances in rural households. Incorporating electricity generation into the daily routine can reduce the time, effort, and cost burden of the user. We feel that harnessing daily tasks to provide electricity is more acceptable than isolated stationary human power generation because people who have already worked all day may not want to work again to power a light at night. There are many possible motions for electricity generation, such as using a hand pump to collect water, using a mortar and pestle to grind grain into flour, using a treadle pump to irrigate fields, walking or running, riding a bicycle, and even the motion of animals.

We chose to convert the motion of the treadle pump into electricity because it is a widespread irrigation tool used by millions in Asia and Africa. There are many potential benefits of being able to generate electricity while pumping water for agriculture. For example, Lalita in Eastern India is a farmer who uses her treadle pump 6 hours a day. If she had a device to generate electricity during her work, she could potentially add 4 or more hours to her workday, provide her children with more study time at night, improve the safety of her home, and save $50+ annually on kerosene costs, after initial and operating costs. 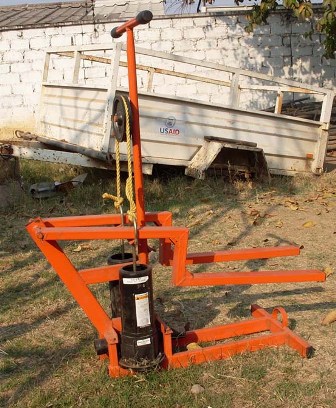 We are a network of students and professionals with a wide range of backgrounds:

The basic mechanical challenge was to convert the linear oscillatory motion of the treadle pump pedals to a unidirectional circular motion. We have solved this problem using three different approaches. There is still scope for much improvement in all the designs and we hope to implement these improvements in future models. 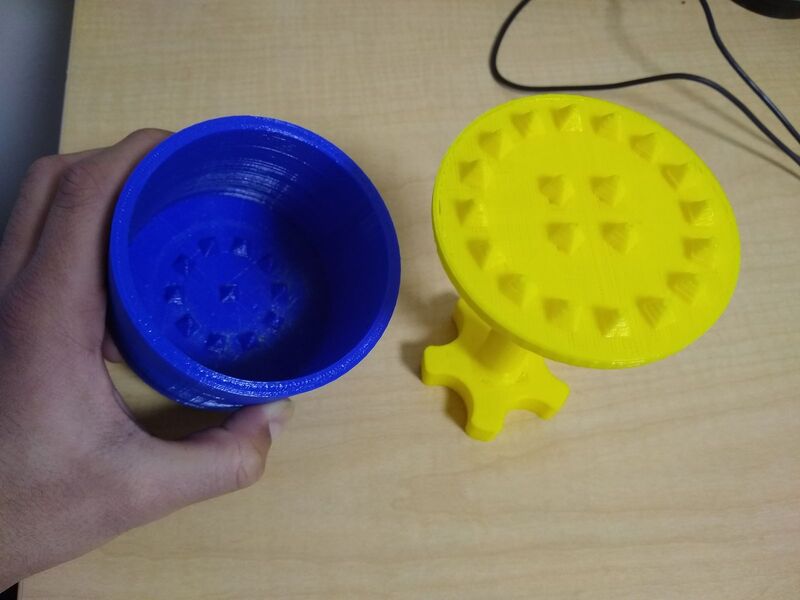 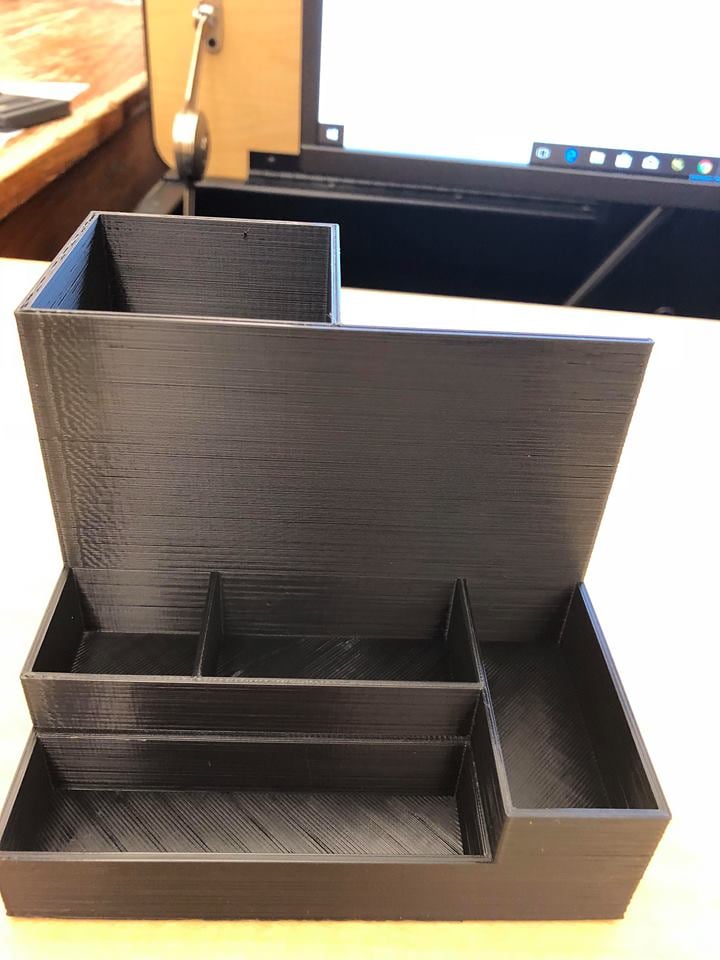 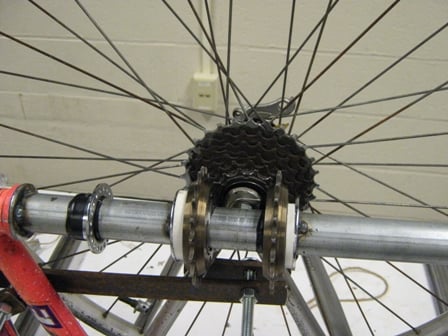 All major components of these designs have been derived from bicycle parts. Consequently, all parts are easily and widely available at fairly low cost all around the world. Maintenance of devices can therefore be taken care of by any local bicycle mechanics without any special training. 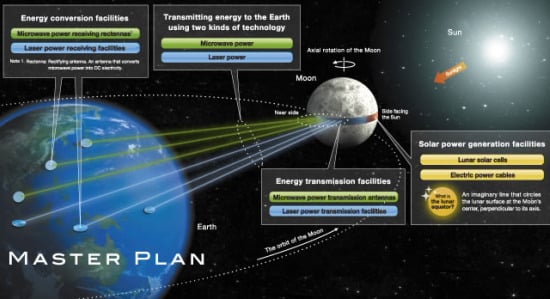 The designs were created with the following objectives:

The initial objective was to provide a means of obtaining electricity from everyday mechanical activities in the developing world, primarily for lighting purposes. As such, the project involved research and design of electrical circuitry to enable conversion from mechanical to electrical power, storage of electricity and application concepts.

The project requirements, as described above, state that the device should provide 20 Watt-hours (72 000 Joules) of energy per day – enough to power a 5W CFL for 4 hours. The treadle pump was selected due to the longevity of its use; research and personal experience indicated that the treadle pump can be used for between 2 and 8 hours per day. Assuming that between 3-5W of power can be utilised for electricity production, the treadle pump can comfortably provide the correct amount of energy. Mechanical and electrical efficiency were also considered.

The requirement to store this amount of energy was also considered in the battery selection process, as described below.

A preliminary lighting system was built, consisting of an LED light mounted on a reflective CD in a plastic casing.

After initial research, testing of d.c. (direct current) motors and analysis of easily available products, it was decided that a bicycle dynamo should be used for the conversion of mechanical to electrical energy. The dynamo is easily available in developing countries. Additionally, its design has been refined over the many years it has been utilised, resulting in the optimum compromise between cost and efficiency. 6V and 12V dynamos were tested during the project duration, with the voltage output being recorded, and considered appropriate for usage.

A.c. (alternating current) dynamos are those that are most frequently available in developing countries. As such, the team constructed a 'full bridge rectifier' to convert the a.c. from the dynamo to the d.c. required for charging the batteries. Additionally, research into available products indicated that a fully charging circuit can be purchased from maxim-ic.com (Product reference Max712) for about $3US.

The team conducted research into battery types and applications. See Table for a summary of the three most appropriate options – lead acid batteries, Nickel Cadmium (NiCd) batteries and Nickel Metal Hydride (NiMH) batteries. A preliminary selection of NiCd batteries was made, principally because of their low cost per charging cycle. However, environmental and other concerns have delayed formal battery selection for the system, which is yet to be confirmed. It is recommended that this should be done following field testing and user interface.

A prototype battery holder was constructed, holding 10 AA NiCd batteries – a total of 12V. Each battery stores 1200 Ampere hours – this means that, to store 20 Wh as required, two of these holders should be charged.

Initial problem framing exercises identified the main driver behind the project to be replacing kerosene lighting in poor rural households. As such, although the electricity produced from the device could be utilised in a number of applications, possible lighting solutions were defined and developed. A prototype white LED (Light Emitting Diode) lamp using 8 LEDs was constructed. Each LED consumes about 100 mW.

The team also investigated CFL (Compact Fluorescent Lamp) lighting. 12V d.c. CFLs were found, having ratings of 3-5W and costing from $6. CFLs have lifespans up to 10000 hours and can provide space lighting, rather than spot or task lighting, as would be provided by a LED system.

It was decided that the choice of LED or CFL lighting would provide more choice and adaptability. The user is able to select which type of lighting to use depending on what is required or the amount of energy stored that day.

Additionally, a constant current source or switching regulator, using pulse width modulation could be used in the lighting circuit in order to create a constant light intensity over a longer period of time, rather than intense light which dies out.

It is recommended that some further work is done on the electrical circuit before field testing to confirm correct and robust systems are in place.

The efficiency of the friction drive we are using to turn the dynamo can be improved. We would like to try replacing the twine rope with a steel cable that is flexible but not stretchable. Our mentor is also investigating the possibility of converting a ceiling fan to a more powerful dynamo than the current bike generators we are using. The mounting frame needs to be strengthened and stabilized, to reduce the play and slippage of the device components. A protective water-proof and tamper-proof casing needs to be created to house the device.

We are working on the constant current source and charging circuit along with various application components, such as an improved LED lamp. Jay Pagnis and students from the India Institute of Technology-Madras are working on the electrical component of the design.