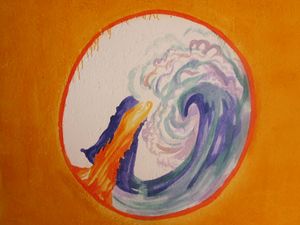 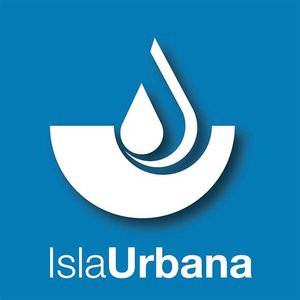 The Laboratory of Community Alternative Technologies at Ajusco 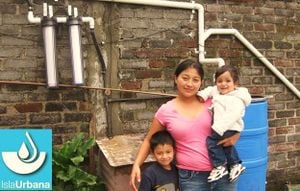 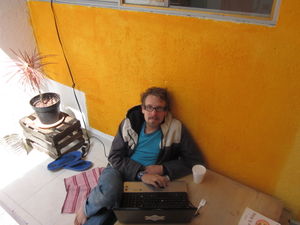 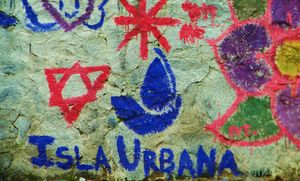 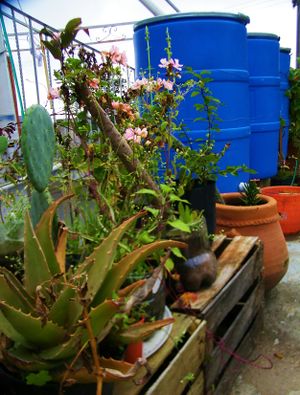 The World Health Organizations suggest studying the amount of coliforms as well as the lead, zinc, and other heavy metals in rainwater. Also WHO suggests checking the physical quality of rainwater including the turbidity, colour and smell. In cases where new concrete, ferrocement or masonry storage tanks have been put in place levels of pH should also be monitored. [1]

Differential susceptibility to different toxins based on Location[edit | edit source]

* The U.S. Environmental Protection Agency (EPA) does not have a standard for COD, TOC, DOC, TPC, TSS, or Conductivity in drinking water. This might be because none presents a health problem alone, but all can serve as an indication of the level of other organic or inorganic materials in the water.

**** No limit on TOC is set by EPA standards for drinking water, however the USP (United States Pharmacopeia) does set a limit at .05 mg/L. The USP is a private, not-for-profit organization that sets standards for drugs, devices and diagnostics. Standards listed in the “monograph” section of the USP's published US Pharmacopeia are legally enforceable by the Food and Drug Administration, FDA. [8]

In studies conducted by the World Health Organization microbial contamination in collected rainwater, as indicated by E. coli, is quite common, especially in those samples collected just after rainfall. Also pathogens including:Cryptosporidium, Giardia, Campylobacter, Vibrio,Salmonella, Shigella and Pseudomonas have also been found in samples of rainwater. Higher microbial concentrations are usually found within the first flush and decreases over the time period of the rain. [10] [11]

A study in Australia found that 10-20% of tanks at any one time have lead above the Australian Drinking Water Guidelines of .01mg/L. Often this form of contamination enters through corrosion of plumbing, rooftop sources such as lead flashing and leaded roofing nails, as well as occurring more often in urban or industrial areas from atmospheric fallout. [12] For children, high concentrations of lead can result in delayed physical and mental development, slight deficits in attention span and learning abilities. For adults, high concentrations of lead can result in high blood pressure or kidney problems. [13] The EPA recommended limit for lead is 0.015 mg/L or 15 ppb for drinking water. [14]

Zinc has been found in rainwater in concentrations of 9.8 mg/L, double that of recommended levels for drinking water, in studies in France. These elevated levels were related to zinc gutters and roofing as well as galvanized iron roofing. [15] This corrosion of zinc is accelerated by the presence of atmospheric sulphur dioxide, SO2, and sulphur gas emissions which increase in large cities. Increased levels of zinc above 500mg/L have been associated with vomiting, fever, nausea, stomach cramps, and diarrhea, and for those consuming 150–405 mg/day for zinc therapy a resulting deficiency in copper has been found. [16] EPA recommended limit is 5 mg/L for drinking water.

Rainwater is slightly acidic and can dissolve heavy metals and other impurities within your catchment system. There has been high levels of lead and zinc reported in catchment systems and this may either be due to the leaching from metallic roofs and tanks or due to atmospheric pollutants. [17] close to 7 as possible.

Low dissolved oxygen levels usually indicate serious pollution for aquatic plants and organisms like fish, however if using water for domestic purposes too much dissolved oxygen is not a health hazard, but has been found to be corrosive to pipes.

Common sources of increased nitrate levels come from runoff fertilizer use and leaching from septic tanks and sewage. [18] Animals and humans cannot use inorganic forms of nitrogen and if nitrate does exceed 10 milligrams per liter in drinking water, it can cause interfere with blood-oxygen levels and lead to methemoglobinemia (or blue baby syndrome) in infants and gastric cancer. [19] [20] The EPA recommended limit for nitrates is 10 mg/L and for nitrites is 1 mg/L. [21]

Sulfates have been found in rainwater at concentrations between 1.0-3.8 mg/L in Canada and at a mean value of 6mg/L in Europe. These sulfate levels have been found to correlate with the emissions of sulfur dioxide produced from human sources. Elevated levels of sulfates are associated with dehydration and at concentrations above 500 mg/L it is associated with purging, or execution of the bowels, in adult men. The total intake of sulfates from drinking water, air, and food on average come to 500mg/day, with food as the major source, however this may be exceeded by water in areas with high levels of sulfate in the drinking water. [22] The EPA recommended limit on sulfate is 250 mg/L for drinking water. [23]

Phthalate esters are substances added to plastics to increase their flexibility, transparency, durability, and longevity and used in many PVC’s. In the US concentrations of more than 0.1 percent of DEHP, DBP, or BBP are not allowed in children’s toys, since these toys may be taken into the mouth. [24] Phthalates have been found to exceed recommended levels in rainwater catchments with mortar roofs, cement courtyards, and compacted soil surfaces. [25] Since the phthalate plasticizers are not chemically bound to PVC, it is easy for them to leach into food or water or evaporate into the atmosphere to be distributed far from the source of contamination. Adverse health effects found from phtalates include increased wheezing from people with asthma, increased incidence of allergies, asthma, and autism, problems with the liver, increased incidence of cancer, as well as changing hormone levels and birth defects. [26] [27] [28] [29] The maximum contaminant level set by the EPA on di(2-ethylhexyl) phthalates is 0.006 mg/L. [30]

Chlorine has a denaturing effect on plant and animal tissues. Chlorine in the free available form readily reacts with nitrogenous organic materials to form chloramines, which are toxic to fish. [31] A minimum free chlorine residual of 0.2 mg/L should be sufficient to maintain disinfection, while a chlorine concentration above 1.0 mg/L is to high and can have adverse health effects.

The U.S. Environmental Protection Agency, EPA, does not have a legal limit or standard for water hardness. This is primarily because the contributing factors to hardness (including calcium and magnesium ions) are not toxic to human health. [32] Hardness is commonly reported in the concentration calcium carbonate (CaCO3). However hardness can cause scale formation in boilers, water heaters, and feed lines, has a low sudsing characteristic, and can aggravate dry skin conditions. [33]