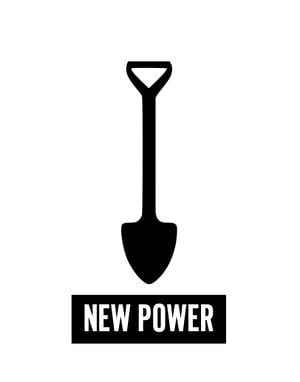 Although 2011 was a year in which the headlines were stolen by revolt, riot and demonstration, highlighting large-scale, sometimes violent, rejections of the status quo, it was also a year in which creative and collaborative local projects pushed through in sufficient numbers globally for patterns and longer-term implications to become clearer than ever before.

As regular citizens, we have a number of well-established routes to participating in society. We participate through being consumers, supporting the economy, circulating money through this vast system to provide valuable livelihoods for ourselves and others. We also participate through generosity, giving what we can spare to worthy causes and volunteering to help people with less advantages, both at home and abroad. Many of us choose to get involved in social governance roles, representing stakeholders and groups in a variety of ways. We take on formal roles and responsibilities, through school governance, standing for local councils, acting on committees and community forums, and of course voting in elections. As a way of ensuring fair and equitable accountability on decision-making, we often get involved in public consultations and when we don't consider our concerns are sufficiently well heard, our frustrations spill over into challenging decisions more directly through campaigning and protesting.

With such a comprehensive and varied range of opportunities to participate, why are we seeing people engaging in their communities in new ways - and how can we define some of those differences more clearly? Here's a simple example of these new creative and collaborative behaviours: a person has an idea of how their street or community might look or feel different. Maybe they think a few benches in their street would create new opportunities for neighbours to get to know one another better through informal contact. Historically, they could take their idea to the local authority or their ward councillor - to be supported or not. But if that person knocked on a few neighbours' doors, described their idea and managed to collect some donations and together they bought a bench or two, or even went so far as to design and make their own benches, perhaps with materials from their own gardens, then this would be significantly different to asking the authorities to respond to your suggestion. They wouldn't be acting out of charity, or representing anyone, or campaigning. They had a creative, socially informed idea and, working collaboratively with neighbours, they made it happen.

This same pattern is appearing all over the place, through community fruit collections, skill sharing, resource sharing and tons of projects relating to food - growing, cooking, making and learning - and what we are seeing is culturally very different from what we have witnessed before. Knowledge about systems, the social needs of people, the ideas and methods of making these social projects successful, is slowly becoming more widespread. Professionals are deploying their expertise in their own communities voluntarily. There is a much deeper and wider appreciation of the idea of waste, the current waste of people's talents, ideas and energies, as well as the physical resources lying empty. Collectively, these different strands of thinking represent opportunities to act in clever and successful ways that have the potential to transform how we live day-to-day.

Five years ago, if someone told you that their street had joined together to rent a space to serve as a creative common community space, you would have been very surprised. But last month in Rotterdam I spent the morning in one of these spaces, called the Living Room. This beautiful space is paid for by membership from the community, each paying 3 Euros per month, and managed by volunteers. In Israel, the practice of communities renting a shared house for community activities is becoming commonplace in some areas.

People across the globe are rediscovering the pleasures and benefits of common activity: neither as passive consumers of culture, nor as needy recipients of charity, but as active makers and designers of where they live. There is a new sense of agency emerging, of optimism and of control, and it is revealing itself through real, positive activity on a human scale, not through theorising or large system change.

For nearly four years, I have been working on a project called Social Spaces, concentrating obsessively on understanding these phenomena in great detail, as they have emerged. We now have 45 collaborative books in production - The Community Lover's Guide to the Universe - collecting stories of these new types of local project from places around the world.

Over the past 15 months, we have worked in over 80 communities, asking 2,000 people what they would like to see more of in the places where they live. Not a single person has asked for more restaurants, clothing or jewellery shops. Instead, people from all around the UK told us that they want to live in communities where the divisions between age, culture, wealth (and lack of it) are bridged. They told us that they want to live in beautiful places and, very importantly, that they want new types of common space, places where they can start the work of building more sociable communities. They say that they want to create a sense of community, to pool their own ideas, talents, and build on their innate resourcefulness and resilience through simple activities. When added together, they believe that these activities can start to make significant steps towards transforming their communities, and individual pieces of research confirms this. What has emerged from this work is an amazing collective vision: a home-made vision, that is not being imposed by social theorists, the media or Hollywood.

It is important to understand and analyse what effects this new type of participation may be having, because at scale this new independent creativity, often happening without the need for funding or permission, has the potential to seriously disrupt many of our existing systems.

If local people can connect with one another easily, can improve their neighbourhoods through collective activity, can deploy sophisticated and strategic thinking to their project designs, improving health and wellbeing, reducing employment and crime, without so much as a nod towards politicians, might this effectively drain those politicians of power?

Perhaps you are thinking that the patterns of activity I have been describing fit rather well with the stated ambitions of today's politicians: citizens getting more involved, relieving the state of financial burdens, generating positive, networked effects that no linear, direct government interventions could achieve. Yet despite this apparent fit, it may turn out that a significant shift in politicians' behaviours is needed, if they want to stay relevant in such a scenario.

One example of what this looks like in real life is that of an impressive small group of people I met in a town in Cornwall. They had successfully negotiated with an energy company to create a large community fund which would make it possible to become collectively self-sufficient in generating green energy through rooftop solar panels, etc. This fund will be managed by the community, for the community. Not a single line of responsibility or credit for the project passes through the existing local democratic system.

If you are a local councillor, you might easily fall in love with all this place-shaping and making. You have vegetables popping up all over the place, more people riding bicycles, more people smiling. New projects are blossoming: there are new children's nurseries co-managed by parents, people are sharing their stuff, sometimes people knit jumpers for the lamp posts. OK, sometimes it might seem a little quirky, but we like it, and it is happening.

As a result of all this new sociability and industrious activity, crime is going down, unemployment is going down - you know, all by itself - without you, the councillor, making a budget decision or lifting a finger. So how exactly do you get re-elected, if there is no direct route of attribution between you and all this community transformation?

The penny finally drops for this particular councillor. She or he is going to roll up their sleeves and get stuck in, because they realise that it's the only way to remain relevant. Before you know it, they are digging up vegetables and painting walls, removing administrative barriers to community progress, and connecting people, ideas, expertise and resources both in the community and in the council, as though their life depended on it.

Doesn't sound too bad does it, from a citizen's perspective?

So the next time someone asks you to plant carrots, build a bench, transform an empty space, bake a pie - don't think of these as small or trivial acts. Who knows, they could turn out to be the most politically radical things you could do.