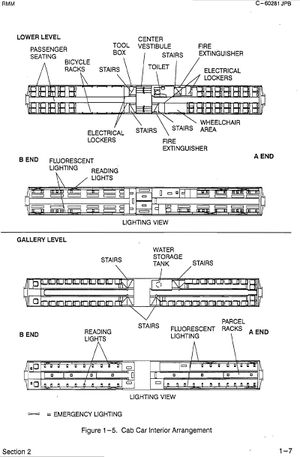 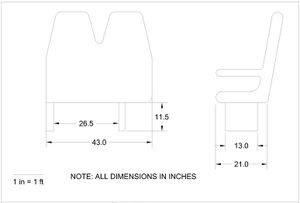 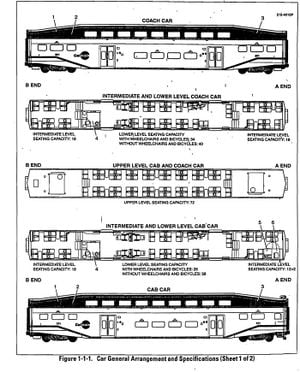 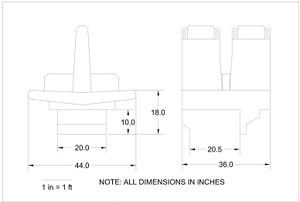 The space under train, tram and bus seating goes under utilized. This article points out that by redesigning this space it is possible to increase storage capacities on public transportation with the specific intent of making folding bike use more appealing.

For my model, I used the Caltrain commuter rail system which currently runs between San Francisco and San Jose, California. This document was originally produced as a public comment for their Bicycle Master Plan, but the principles can be applied on most public transport systems.

Data obtained for this analysis was gathered from a variety of sources:

There are many ways to increase the available storage space. The height of this space might be increased by creating a small depression in the floor under the seat, or by making the seat under the occupant only two or three inches wide instead of eight. Access to this space might be aided by a drawer mechanism or a cantilevering seat. Also, this space might be made more useful by removing or changing the location of the under seat support. Creating this storage space would not only provide space for folding bikes but also increase space for other kinds of luggage.

As can bee seen, a reasonable retrofit of the existing Bombardier seat, could provide a space of 35”x 15”x 43” if the seat cushions were to be slimmed to 2 inches, the support moved, and 1 inch of extra space was provided in each dimension. This would accommodate most existing folding bikes. 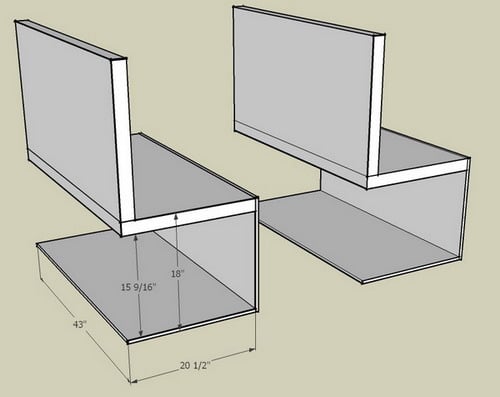 My proposed design can be seen to the right. I opted to not raise the seat height at all, and slim the seat itself to only 2 inches. The support was re-designed to pass under the seat occupant's knee. In this design, the occupant would place their folding bike or other luggage under the occupant in front of them and secure that luggage by placing his/her feet on it.

With these changes we meet all of our design requirements:

Below are several bike sizes that I found during a quick internet search. They are only to give the reader an idea of how big current folding bikes are. Measurements are given in inches.

The benefit of such a retrofit would be to increase the effective radius of service for each bus or train stop. Walking is slow and people are only willing to walk to a stop if they live within a half mile of the stop. Folding bikes would increase this radius to around 3 miles. This increase in radius means that there would need to be fewer lines to serve the same population. Also, the bus/train would have fewer stops to make, which would lead to more efficient transportation. Most importantly however, is that this improvement is dirt cheep which means that these gains can be made at what might end up being a negative cost (reducing stops and increasing ridership might provide more savings than the seats cost).

I live on Geary Blvd. in San Francisco Ca, and when I don't ride my bike, I take the 38 line (which is reported to be the most utilized bus line west of the Missippi). To get downtown, the bus stops every two blocks for (6 mi) and it takes 45min. Due to the inconvenience of this, the local transportation agency, MUNI has implemented an "express bus" which only stops 3 or 4 times and gets downtown in 25 min. I see these seets being installed on express busses like this which would greatly increase ridership on this type of bus.

None of this is proven. Therefore, if you are the academic type, you can do a cost analysis to try to assess what the costs and benefits of this change would imply for a transportation agency. If you are the engineering type, you can build a prototype seat to see how well the idea works. If you are a transportation agency, you can install these kinds of seets on one or two busses and run a pilot program. If you in business/manufacturing, make a company that produces these seets. If this is just another crack pot shceme, add it to the pile.