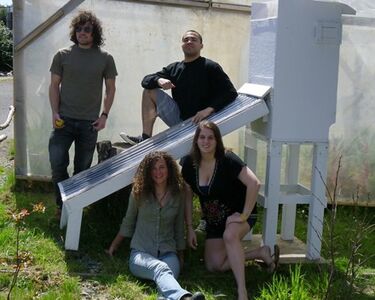 Beginning in the Spring semester of 2011, Team SodHoppers joined together to work on a semester long project assigned to them by Lonny Grafman. Their client, Locally Delicious, gave them the opportunity to design and build a solar dehydrator that will be placed in a nearby elementary school. This design will ultimately reside in Locally Delicious's new book "Lunchbox Envy," enabling schools across the country to implement the design also.

The technical document that went with this project is available here in PDF form.

Locally Delicious is a group of women collaborating on a new book titled "Lunch Box Envy." Several different Engineering 215 projects are to be included. The school solar dehydrator is one of them.

The objective of this project is to make the youth that participate in this project knowledgeable about food dehydration, conservation techniques, and food sustainability.

Several criteria were weighted and defined shown in the table below.

The project goal was to design a solar food dehydrator that would be replicated by schools around the United States.

Sunlight enters the slanted solar collector through the glazing, a polycarbonate sheet, and heats up a metal sheet. The air between the glazing and the solar collector warms, which causes it to become less dense and rise. As this air rises, it is replaced by outside air entering from the bottom of the collector which is then heated as well. The rising air eventually exits the collector and enters an insulated elevated cabinet with an air vent on the top. Since the air inside the cabinet is less dense than the outside air from being heated, it moves vertically within the cabinet and exits the cabinet through the vent. The cabinet contains horizontally oriented frames with nylon mesh in which produce is placed on. This produce dries from the moving hot air it is exposed to.

The solar collector contains a black painted copper sheet which sits on top of insulation within a polycarbonate covered wood box. 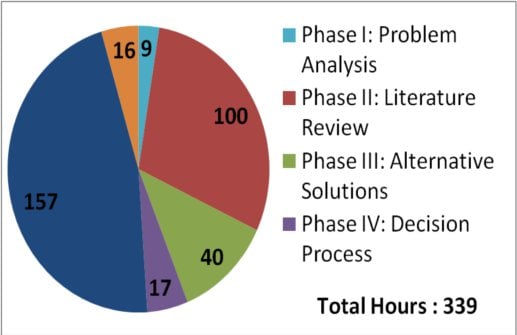 Figure 1: Pie Chart detailing how the SodHoppers spent their time on the project.

The final product was very successful. Apples and mangoes were dried as shown in Figure 2 and 2a respectively. It produced good quality products. The internal temperature of the drying cabinet stayed around 110 °F, which is an optimal drying temperature. The outside temperature during the two days of drying was anywhere between 60 °F and 70 °F. It was slightly overcast both days of the test run.

The Drying Racks are constructed from strips of plywood and nylon mesh, shown in Figure 3g. The mesh was placed in between a plywood base and top. It was stapled to the base and then the top was screwed down effectively holding the mesh down to create an air-movement-friendly drying rack. The finished product is seen in Figure 3h.

The Base, shown in Figure 3i, was constructed from four 4 X4's, plywood, and plexiglass. The plywood was set on top of the 4X4's and the plexiglass was mounted on each side to prevent the drying cabinet from moving.

The SodHoppers would like to formally thank Marty Reed for all of his guidance and direction while building the design.