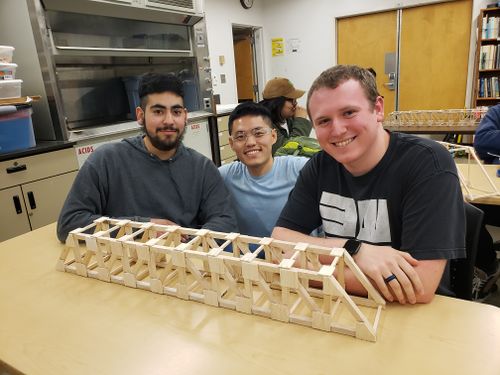 As a part of the Engineering 210 course at Humboldt State University, students were tasked to work in groups of 3 or 4 to build a truss bridge out of balsa wood and super glue. Our group included David Topete, Kong Vang, and Andrew Kizer (listed left to right in Figure 1) and we are the KAD Group. This page is designed to showcase the bridge we built including the design, how it was made, and how it performed.

The class project had specific requirements and parameters that each bridge must follow for both design and building:

Our design was modeled after a typical Howe Bridge design utilizing right triangles that mirrored over the center. However, prototyping of this design was required to understand the best way to build the bridge and utilize our resources most efficiently. 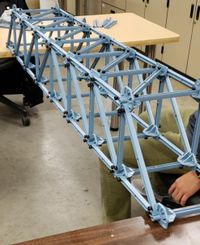 Our first prototype was made of plastic members, small plastic plates to connect the joints, and metal screws to hold everything together. The purpose of this prototype was to test the construction of the Howe design on an actual scale of the project (see Figure 2). Although our with the materials being used, getting an exact scale model was not possible due to the members being longer than the desired height and width. 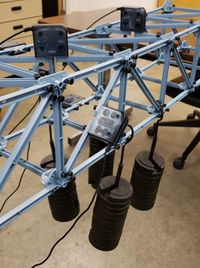 Our first prototype also allowed the testing of how forces would be applied to the bridge (see Figure 3). By applying weights to the center of the bridge and using sensors along various members close to the weights, we were able to determine which members would be taking the most force and thus allowed us to adjust our design to reinforce those members. While prototyping, it was found that the cross members along the top and bottom of the bridge took very little force compared to most of the side members. 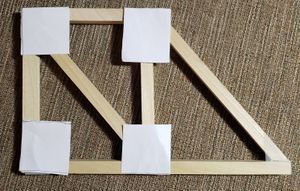 Our second prototype was created to practice cutting the necessary angles for each diagonal member and to test the best types of cuts. This prototype helped us determine the two sided cuts needed to align all the center lines of each member to add extra reinforcement in the joints.

Our bridge was able to hold 201 lbs and had a mass of 303 grams. The final load to mass ratio after conversions was 301 meaning that the bridge could hold 301 times its weight making it the winner of our lab period and also bending the metal rod that spanned the width of the bridge for the weights to hang from. 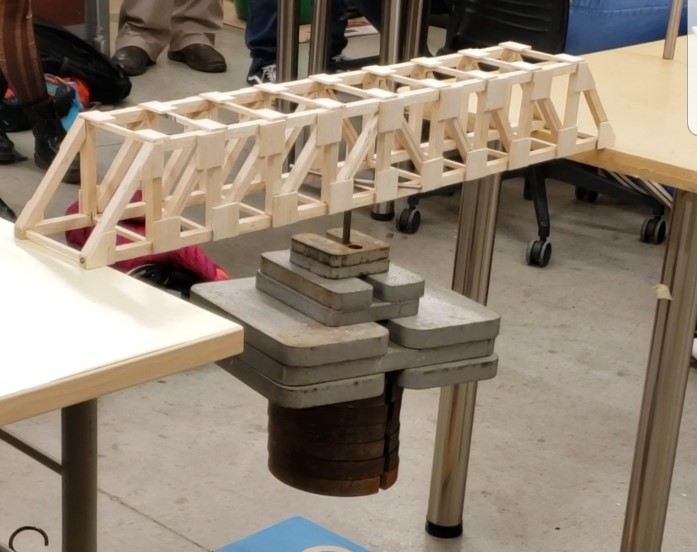 Figure 6: 201 lbs of weight hanging from the bridge shortly before it collapsed. 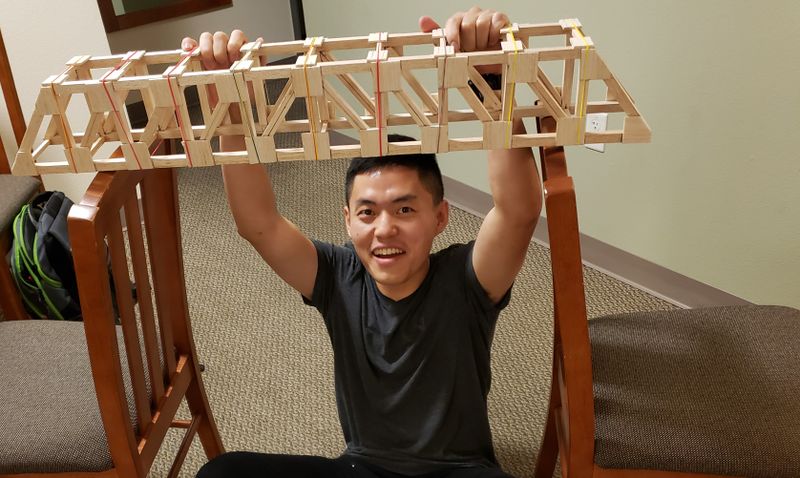