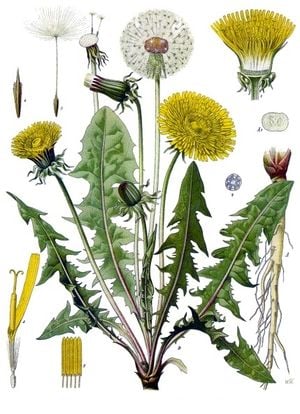 Dandelion (Taraxacum officinale) is a deep rooted, hardy perennial flowering herb. It has a basal rosette of toothed or large deeply pinnately divided leaves. In spring the plant produces hollow tubular stems that are terminated by large yellow florets. These later give way to a seed head consisting of a ball of long, ribbed parachute-like seeds. Dandelion is a native of Europe, and widely naturalized around the world. It is commonly found growing wild on grasslands, gardens, wasteland and nitrogen-rich soils. Often dandelion is considered as a 'weed', especially when found growing in the lawn or vegetable bed. Indeed, the dandelion, like the nettle, absorbs about three times the amount of iron (Fe) taken up by any other plant. It will also use it's deep roots to take up copper (Cu) and many other soil nutrients, making them unavailable for cultivated crops. The dandelion also exudes ethylene gas, which inhibits the growth of nearby plants, causing them to become stunted. It can also be a difficult plant to eradicate; it seeds itself freely, and in addition it's fleshy tap root stores enough energy to regrow vigorously if not thoroughly removed from the soil. In fact, Graham Burnett recounts a gardener who dug out a large dandelion root from his soil and nailed it to his shed door. After two years exposure to wind, sun and frosts, he replanted it, and it regrew as strongly as ever! However, the dandelion can also be a very useful plant, especially if tolerated in those parts of the garden where it will not compete with other crops.

Feared by many gardeners, dandelions can be a valuable ally. Its taproot helps to break hard pan and will bring minerals from deeper in the soil to the surface where it can be used by shallow rooted plants. It is also a dynamic accumulator. Dandelion can be used as an ingredient for liquid fertiliser; rotted down in rainwater, the leaves and roots can yield the minerals sodium (Na), silicon (Si), manganese (Mn), calcium (Ca), potassium (K), phosphorous (P), iron (Fe) and copper (Cu). 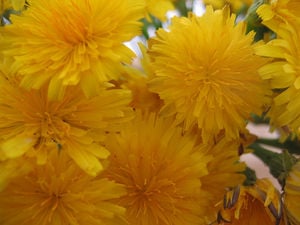 All parts of the dandelion are edible:

In France the dandelion is still cultivated commercially.

Make this tasty salad if you have unsprayed, organic dandelions in your garden (it serves three to four):

Wash the leaves and the flowers, patting dry between paper towel or clean tea towels. Heat the oil in a frying pan to a gentle heat. Add the dandelion flowers and gently fry over a low heat, until the flower buds burst open.Place the dandelion leaves into the salad bowl, add the flowers (but no excess oil) and cover with dressing. Sprinkle with black pepper, freshly cracked. Toss lightly and the salad is ready for serving.

Dandelion also has medicinal uses; it's leaves are a diuretic (a traditional name is piss the bed) that can be used safely[verification needed] whenever such an action is needed, including in cases of water retention due to heart problems, without the loss of potassium[verification needed] that can be associated with kidney-stimulating medications. Roots are a liver tonic, promote bile flow, as well as having diuretic, laxative and anti-rheumatic properties. 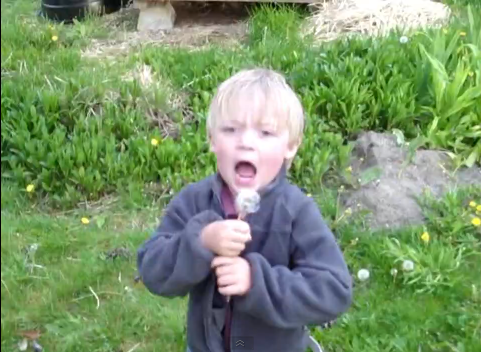 Page data
Retrieved from "https://www.appropedia.org/w/index.php?title=Dandelion&oldid=636779"
Cookies help us deliver our services. By using our services, you agree to our use of cookies.
Categories:
Maintenance categories:
About Appropedia · Policies · Contact · Content is available under CC-BY-SA-4.0 unless otherwise noted.