The Campus Center for Appropriate Technology (CCAT), located on the south side of the Cal Poly Humboldt campus in Arcata, California, is designed as a laboratory for sustainability.[2] CCAT is a student run non-profit organization that acquired a house in 1978 and became an official Associated Students program in 1980.[2] The building was moved and remodeled in 2004.[2] After the building was completed in 2007, the student directors were able to move into the house and progress in creating a model of a sustainable home..[2] For the past 31 years, CCAT has been dedicated to demonstrating appropriate technology to HSU students and the surrounding community.[2] CCAT has been successful in spreading its information by connecting with over fifteen HSU courses per year and providing workshops, community projects, lectures, guest speakers, potlucks, volunteer workdays and much more.[2] One course that CCAT works with is ENGR115 Introduction to Environmental Engineering and Science.

Greywater consists of all household effluent wastewater from bathtubs, showers, bathroom sinks and the washing of clothes not contaminated with human fecal matter. According to California’s Health and Safety Code Section 17922.12, greywater means: 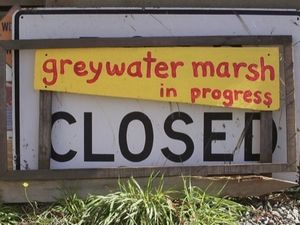 Figure 2 - The current status of the CCAT greywater marsh. Photo by Ben Stern 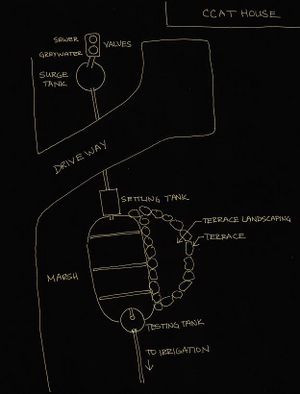 Figure 3 - Drawing of greywater system and its five parts.[1] 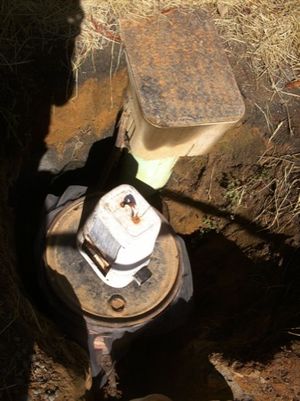 Figure 4 - Top view of surge tank connected to the house plumbing. The filtering mechanism has been pulled out and placed on top. Photo by Ben Stern 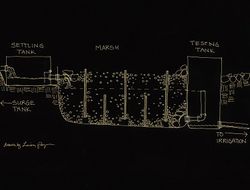 Figure 6 - Side view drawing of the baffles in the greywater marsh.[1]

The settling tank, or fat oil and grease (FOG) catcher, as shown in Figure 5, contains a baffle that traps FOG, preventing FOG from entering the marsh. The settling tank slows the flow rate of the greywater to allow the settling of solids and sediment into the bottom of the tank before flowing into the marsh. 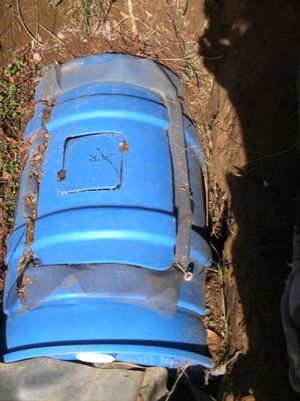 The marsh allows the greywater to flow through gravel that contains five alternating baffles, as shown in Figure 6. The marsh is used for secondary treatment, in which plant roots encourage microbial growth that break down organic matter reducing the Biochemical Oxygen Demand (BOD). The gravel traps the remaining particulates that passed through the settling tank, which reduces the amount of Total Suspended Solids (TSS). The greywater is then funneled into the testing tank.

The greywater testing tank allows access to the treated greywater for water quality testing. It also contains a pipe that can be adjusted to change the height of the greywater in the marsh. Altering greywater height is necessary for healthy root growth in the marsh plants. 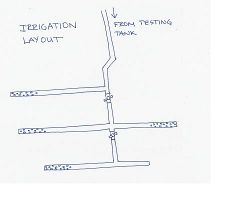 The greywater then passes through the perforated pipe of the gravity fed irrigation system, as shown in Figure 7, for the CCAT landscaping. The perforated pipe allows for even distribution of the greywater, preventing any pools that could settle and cause bacterial growth. The plants receiving the greywater are water loving and alkaline tolerant, including an apple tree, a current bush, an evergreen huckleberry, two rose bushes, a coffeeberry, and monkey flowers. The plants are allowed for human consumption because the fruits do not come into direct contact with the greywater and the high abundance of organic matter (mulch and compost) in the soil consumes any leftover bacteria from the greywater.[5]

More detailed information and a diagram of the whole system layout can be found on the CCAT greywater marsh (current)[1] webpage on Appropedia.

There are several problems with the design and efficiency of the current CCAT greywater marsh system that was implemented in the spring of 2009. The problems have included filtrating of solids, FOG collection, standing water, and maintenance. 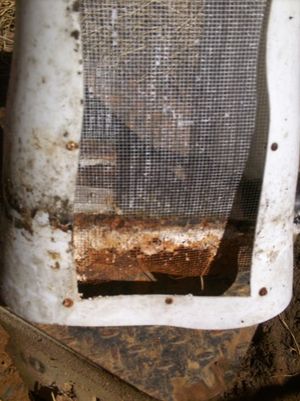 The CCAT greywater system is unique because it includes greywater from the kitchen sink, which has a high concentration of particulate matter due to food scraps. The high concentration of particulate matter increases the BOD.[6] Under normal circumstance the inclusion of the kitchen sink would not be acceptable under California law, but CCAT is on a university campus and their marsh is considered experimental. There is currently only one filter, as shown in Figure 8, made from a small trash receptacle equipped with a small one millimeter metal screen. The filter attaches inside the surge tank to the outlet pipe. The filter has oxidized creating the build-up of rust, which has decreased the diameter of the holes on the filter. The rust build-up lets small solids and dried FOG clog the bottom part of the filter. The metal screen has also broken away from the plastic trash receptacle as shown in Figure 8. The broken filter allows large amounts of particulates to pass through the filter into the settling/FOG tank. The particulates pass rapidly through the settling/FOG tank into the marsh because the baffle in the settling tank does not decrease the flow of greywater enough to allow the particulates to settle out. These particulates build up in the marsh and eventually block the flow of greywater through the marsh.[4]

The FOG catcher in the CCAT greywater system is unable to function correctly due to the increased amount of FOG coming from the kitchen sink. The corroded and clogged filter in the surge tank is collecting most of the FOG, preventing FOG from flowing into the FOG catcher. Also the baffle in the FOG catcher, as shown in Figure 9, is unable to slow the flow of the greywater enough for the remaining FOG and particulates to settle and separate. The FOG coats the gravel in the marsh and prevents microbial activity from cleaning the greywater. 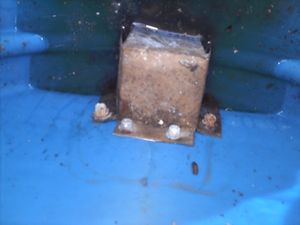 Figure 9 - Baffle designed to trap FOG and preventing it from entering the marsh. Photo by Ben Stern 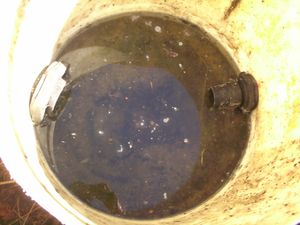 Figure 10 - This picture illustrates the presence of standing water found in the surge tank. Photo by Ben Stern

The surge tank incorrectly acts as a settling/storage tank of the greywater, as shown in Figure 10. Standing water occurs because the bottom of the surge tank is lower than the outlet pipe, which does not allow all the water to exit through the gravity fed system. Also under CCAT's concrete driveway there is an upward bend in the outlet pipe leading to the settling/FOG tank. Without a constant and forceful flow of greywater through the system, water gets trapped in the surge tank and particulates settle and bacteria begins to grow, as shown in Figure 11. Greywater is considered blackwater (not reusable without intensive treatment) after twenty four hours of being stored. This consideration is due to high concentrations of particulate matter and FOG that increase the growth of harmful bacteria. [7] The potential risk of turning into blackwater makes standing water an issue with CCAT's greywater system. [8] 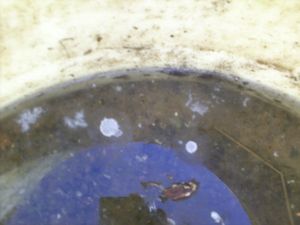 Figure 11 - Bacterial growth, white clumps, in the surge tank due to standing water, 72 hours after marsh was closed. Photo by Ben Stern

Currently two groups in Engineering 215 - Intro to Design at Cal Poly Humboldt are in the process of designing solutions to the issues of removing particulate matter from the kitchen sink and improving the FOG catcher. 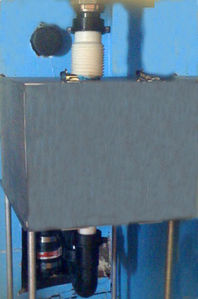 Figure 12 - Outside view of Pizza Box under CCAT's kitchen sink.[9]

Team ECO-PLUMBERS[9] which includes William Brown, Charles Flower III, and Zack Chandler, are in the process of designing a filtration system, The Pizza Box as shown in Figure 12, that will fit under the kitchen sink.[9]The filtration system will be composed of two filters of different sizes in a compact box.

Figure 13 - The location and design of the filters within the Pizza Box. Diagram from Team ECO-PLUMBERS

Currently a group in ENGR 215, VuTastic, consisting of Vu Tran, Tim Kukuk, Aaron Perez are developing reasonable solutions to the problems created by the FOG catcher.[10] Their design, Switch and Swap, involves adding cement to the bottom of the surge tank to match the level of the outlet pipe, as shown in Figure 14.[10] The added cement will help decrease the standing water in the surge tank and allow the FOG to travel to a new FOG catcher, as shown in Figure 14.[10] They have purchased a new 35 gallon plastic barrel to replace the current FOG catcher.[10] This new barrel will be slanted slightly downhill and will consist of a baffle to trap the FOG at the surface of the flowing greywater.[10] The greywater will then flow under the baffle into the marsh as the system is designed.[10]

Although team VuTastic’s design includes adding concrete to the bottom of the surge tank, there is still the problem of the upward curve in the outlet pipe under the driveway. The upward curve in the pipe leading to the FOG catcher, only allows for water higher than the the curve level to flow through it resulting in the presence of standing water. Solutions to this problem are:

Any greywater system is inevitably unsanitary because it is dealing with wastewater. Cleaning the system would be made easier if cleaned more frequently. One alternative to clean the system with minimal labor would be to regularly flush the system with clean water. The cleaning is also made difficult with the inadequate access to the system parts. This issue is difficult to address due to the design of the gravity fed system, which requires the tanks to be located below ground level.