An energy resource derived from organic matter. This includes wood, agricultural waste and other living-cell material that can be burned to produce heat energy. Also included is algae, sewage and other organic substances that may be used to make energy through chemical processes. 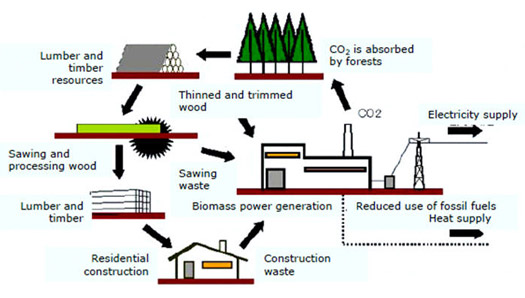 Forest harvesting is a major source of biomass for energy. Harvesting may occur as thinning in young stands, or cutting in older stands for timber or pulp that also yields tops and branches usable for bioenergy. Harvesting operations usually remove only 25 to 50 percent of the volume, leaving the residues available as biomass for energy. Stands damaged by insects, disease or fire are additional sources of biomass.

Some Pros and Cons of Biomass Power Plants[edit | edit source] 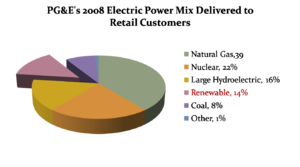 But… When Blue Lake Power does begin operating they will be in a 10 year contract with San Diego Gas & Electric. 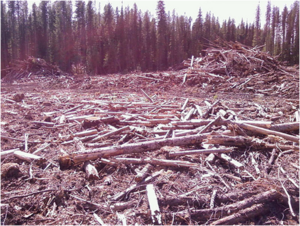 Harvesting operations in forestry- utilize only main stem of tree. Branches and leaves, known as Slash, are left over after harvesting operation and in most cases is scattered and/or burned. Foresters are concerned with utilizing the excess woody biomass that creates:

The carbon dioxide released when burning wood (about 4.2 lbs of CO2 for each 2.2 lbs of wood burnt)[2]

A key attribute of biomass is its availability upon demand-the energy is stored within the biomass until it is needed. Other forms of renewable energy are dependent on variable environmental conditions such as wind speed or sunlight intensity.[4] 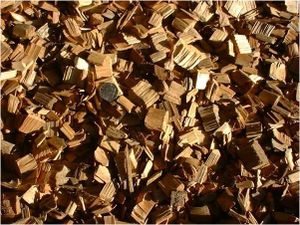 Green Diamond is working with biomass operations manager Steve, who is in charge of post-harvesting biomass operations East of Mckinleyville. Steve has come up with an innovative technique for making these operations economically viable. Transportation of biomass or wood chips is costly and in some cases not feasible. Harvesting operations take place deep in the forest where access roads are narrow dirt roads with sharp corners. Instead of the semi trucks, which haul the wood chips, driving all the way to the harvest unit, Steve designed a centralized location where the biomass operations occur. Dump trucks are used to haul the slash to this centralized landing, where the slash is chipped and then hauled to energy plant. The further the landing is from the harvest site the more dump trucks used to haul slash. What this does is keeps the wood chipper and the trucks hauling the wood chips running constantly. When one piece of equipment is not producing, then money is being spent on nothing. In order for these operations to be economically viable all pieces of equipment must be running at all times, as well as energy plants being close enough to centralized operation landing.