The Arcata Marsh and Humboldt Bay has had a long and varied history with many transitions and inhabitants. The Wiyot Indians were the first to settle the area, followed by gold miners and loggers. Over the years Arcata Marsh was used for the railroad industry, as wastewater treatment and finally as a recreational attraction for bird watchers and nature enthusiasts.

The tribe consisted of approximately 1,500-2,000 members before the influx of European settlers in 1850. Almost immediately conflicts ensued between the settlers and the Wiyot people. In 1860, 80-100 women and children were massacred by a Eureka gang of miners and merchants on Indian Island (a small island in Humboldt Bay), while the Wiyot prepared for sacred ceremonies. Combined with several earlier massacres by the settlers, this incident all but destroyed the tribe. The remaining 200 survivors left Humboldt Bay and moved to distant reservations. 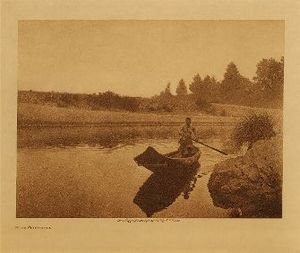 In the 1860’s, when European settlers first made their way to Humboldt Bay, they saw the vast amounts of resources, and the potential for a timber industry (Figure 2). The region was developed to facilitate the production and export of timber, a wharf and railroad connected Arcata to the shipping channel, lumber mills were constructed along the bay to process the timber and the marshes were drained and diked for agricultural development. 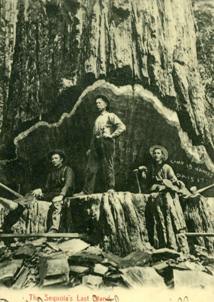 In 1949, the first wastewater treatment plant was constructed by the City of Arcata. The solids from the wastewater were removed with primary treatment and the effluent was flushed into Humboldt Bay without chlorination. In 1957, with the construction of oxidation ponds, the plant was expanded to include secondary treatment. The oxidation ponds remove the suspended solids and biological oxygen demand (an indirect measurement of organic matter in water by measuring of the quantity of oxygen consumed by microorganisms) from the effluent. In 1966, chlorination was added to disinfect the effluent. In addition, the effluent was de-chlorinated before it was released into Humboldt Bay.

In 1969, Dr. George Allen, (Figure 3) a professor of fisheries biology from Humboldt State University (HSU), began experimenting with salmon rearing using the wastewater from the oxidation ponds. In 1971 he created the Arcata Wastewater Aquaculture Project, a successful operation that reared and released salmonids into the bay and local streams. He saw the wastewater as an untapped resource that could be beneficial and useful as opposed to discharged without use. 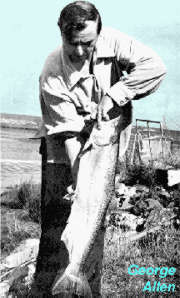 In 1972, the Clean Water Act changed how wastewater treatment plants across the nation dealt with their discharge. Administered by the State Water Resources Control Board (SWRCB), the Bays and Estuaries Policy prohibited the discharge of treated wastewater into any enclosed bay or estuary unless the discharger could demonstrate “enhancement of the receiving waters.”[4]

In 1974 the Humboldt Bay Wastewater Authority (HBWA) was formed and in 1975 a regional treatment facility was proposed as the solution to the new policy. The regional facility would cost an estimated $25 million (not adjusted for inflation) and would connect the wastewater of the surrounding communities of Humboldt Bay via pipeline running along Highway 101 and out the mouth of Humboldt Bay to the ocean. The planned treatment facility was energy intensive and subject to damage due to earthquakes, boating accidents, and shifting sea bottoms during winter storms. The City of Arcata opposed the regional treatment plant because they feared the newly installed pipelines would open up the city to additional development of their agriculture lands; there would also be the loss of the investment capital in their existing treatment facilities and the loss of wastewater resources for George Allen's fish hatchery project.

The citizens and City Council members of Arcata wanted to find an alternative approach to the regional treatment plant and suggested a local system that relied on constructed freshwater wetlands that used the natural biological processes to treat the wastewater (Figure 4). The city of Arcata faced opposition from the Humboldt Bay oyster growers who feared the constructed wetland system would allow the release of pathogens into the bay and would harm their businesses. 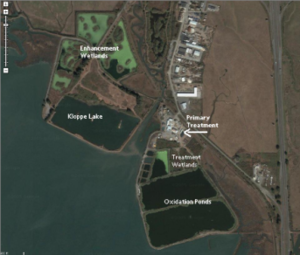 In 1977, a Task Force consisting of HSU professors Dr. George Allen and Dr. Bob Gearheart, City Councilman Dan Hauser, and Public Works Director Frank Klopp formed to further develop the treatment wetland and enhancement marsh idea to challenge the proposed regional treatment plant. The Task Force took the marsh idea to the State and Regional Water Quality Boards and demonstrated that it would be a viable alternative solution to the problem. In 1979 the SWRCB allowed Arcata to establish a two-year pilot wetland program to treat 10% of Arcata’s wastewater. [6]

From 1979-1982, Dr. Bob Gearheart conducted experiments with partially treated wastewater and the natural processes of wetland ecosystems. The constructed treatment wetlands remove solids, organic matter and nutrients from the wastewater by blocking out sunlight through the use of dense vegetation. Gearheart demonstrated that treatment wetlands could be used to filter Arcata’s wastewater and at the same time enhance biological productivity of the wetland environment into which treated wastewater was discharged [7] (Figure 5). 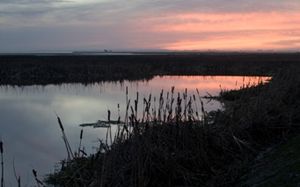 In 1981, the California Coastal Conservancy, a state agency concerned with restoration of coastal resources, funded the purchase and restoration of three enhancement marshes and a tidally influenced lake. The enhancement marshes act as the final polishing process for the wastewater. They remove any remaining BOD and suspended solids before the effluent is disinfected and released to the bay.

The Arcata Marsh and Wildlife Sanctuary was dedicated on July 3, 1981, it consisted of 75 acres. In 1983, Arcata was authorized to release wastewater into the enhancement marshes by the SWRCB.

In 1986, the Coastal Conservancy funded the purchase and restoration of Butcher's Slough Marsh, a fresh water wetland used for recreation and wildlife habitat. With this addition the Arcata Marsh and Wildlife Sanctuary now totaled 154 acres and the integrated wetland wastewater treatment system was completed at a cost of $7.1 million.

In 1987, the Arcata Marsh and Wildlife Sanctuary received the Ford Foundation’s “Innovations in Government” award and $100,000, which enabled the construction of the Arcata Marsh Interpretive Center. In 1998, the City received funds from the Environmental Enhancement and Mitigation Program and the Wildlife Conservation Board to purchase 75 acres of agricultural lands lying to the west of the Sanctuary. Plans for the McDaniel Slough wetland enhancement project are underway to cooperatively restore and enhance up to 250 acres of the former tidelands. Construction is expected to be completed in 2010. [4]