AI stands for Artificial Intelligence and its an interdisciplinary branch of computer science with the intention to reproduce certain abstract calculable aspects of human insight and thought processes onto computers and to offer solutions with the help of computers to problems that require intelligent performance. This is indispensable in our mordern world but it also brings some disadvantages. AI is marked interdisciplinarily by computer science, mathematics, cognitive psychology, neuroscience, linguistics and philosophy. Many parts of AI works hand in hand with robotics.

In the past humans have done all the hard work, like putting together a car or moving heavy materials from one place to another, themselves. But as our technology got better we've been able to get robots to do these hard and tedious tasks for us, thanks to artificial intelligence.

Today we have still machines who have to be controlled manually by humans but we also have more and more machines who can act autonomous. Some machines with AI just do simple translations by using human created libraries. But today we have also very intelligent AI with the autonoumous self driving prototype of the "Google Driverless Car".

Nobody knows what the future will bring but we see clear trends.

Planning is an important point of the AI. The process of planning is divided into two phases:

A pilot service by IBM to uncover and share data-driven insights, and to spur cognitive applications. A question answering system developed by IBM to play the Jeopardy! game show.

Watson is composed of a cluster of ninety IBM Power 750 servers, each of which uses a 3.5 GHz POWER7 eight core processor, with four threads per core. In total, the system has 2,880 POWER7 processor cores and has 16 terabytes of RAM.

Autonomous vehicles (driverless car) are vehicles, that are able to navigate, without an human input. They use various sensors (GPS, computer vision)to sense the environment.

Playful, reactive and courious Robots. First attempts were made by creating robots which can interact by spontaneous making music with humans. Less mechanical structure and more gentle and smooth robotic behaviour allows robots to look more friendly. Focusing the development of robots who either work with humans insted of executing simple instructions robots are accepted as an partner. This can be viewed as a robotic revolution because of its more intuitive and risk taking behaviour.

Guy Hoffman´s research in human-robot interaction deals with teamwork and collaboration between the robot and a human. His Shimon-robot is a try to connect human musicians to a robot by combining their skills, but also by gestures and behaviour.

Obviously robots will become more humanoid in future. Another example is the Data robot, a stand-up comedian which is capable to gahter audience feedback and even reacting to it. Interesting is it´s individual and unexpecetd perfomance. 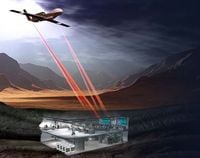 An UAV is an air vehicle, that is controlled without a human aboard.Drones can be controlled by a computer or via remote controller. A lot of UAVs are remote controlled, but the research and devolopment of autonomous UAVs is going on. Autonomy is the ability to make own decisions. UAVs are also called UAS (Unmanned aircraft system). A drone can be equipped with cameras, weapons etc..

There are many US research- and development programms, to develop military drones (i.e. DARPA). The US-Armee constructes drones that use swarm intelligence. Europe is also in the R&D of military drones (i.e. Dassault Neuron). The devolpment of Micro Aerial Vehical (MAV) is a big subject too. MAVs can be used for monitoring or aimed killing.

Speech recognitions means the translation of speech into a text (STT = speec to text). Some systems has to be "trained" to understand the individual speaker, called "speaker-dependent" systems and systems without are called "speaker-independent" systems. Speaker-dependent systems have the adventage that the voice of the user will be analyzed and the result is an more accurate transcription.

But what makes a search engine intelligent and therewith an artificial intelligence? For instance, Google (the search engine) analyses their users' search behavior and increases the accuracy of relevant search results. Nevertheless on the other hand, this intelligence decreases the privacy and makes it possible to show the user personalized advertisements which are Google’s main source of income.

Another robotic aspect of a search engine is the crawling engine which makes it possible to automatically and periodically index most of the websites available in the internet.

A chatbot (→chatter robot) is a type of an AI that communicates via text-based chat with the user. The first chatbot in history was “ELIZA” which was invented by Joseph Weizenbaum in the years from 1964 to 1966. With his popular invention, he tried to imitate a human psychotherapist.

The algorithm of the bot should be able to detect different word classes and categories. A "good" chatbot also needs a big database that is sorted by different patterns and categories (e.g. food, animals, emotions, etc.). Some of those chatbots are even able to answer questions for real (-time) information like “How will the weather be tomorrow?” by e.g. using another web service or script.

The intelligence of a chatbot often is combined with speech recognition (examples: Google Now, Cortana, Siri, etc.). There are also chatbots that are limited to a subject area, e.g. to only answer scientific questions or questions related to various products in an online shop automatically and replace service personal.

Swarm intelligence (SI) is the collective behavior of decentralized, self-organized systems, natural or artificial. The concept is employed in work on artificial intelligence. The expression was introduced by Gerardo Beni and Jing Wang in 1989, in the context of cellular robotic systems.

Scientiest all over the world work on new ways to help out people that lost a body part. Human enhancements replace the lost body part.

Science fiction media is full of types of artificial intelligence and "intelligent" robots. Often the questions of morality and consciousness are in focus. Many movies in which a AI plays a role are rather bleak with no hope for mankind or have an bad ending. A selection of important works is listed below.

Or as an other species like the Geth http://masseffect.wikia.com/wiki/Geth in Mass Effect

Alan Mathison Turing, (23 June 1912 – 7 June 1954) is considered the father of theoretical computer science and artificial intelligence. He provided a test for "intelligent" machines which tests if the response of a machine is indistinguishable from the response of a human.

The turing test was developed 1950 by alan turing, to compare human intelligence with machine intelligence.

Page data
Retrieved from "https://www.appropedia.org/w/index.php?title=AI&oldid=601905"
Cookies help us deliver our services. By using our services, you agree to our use of cookies.
Category:
Maintenance categories:
Comments
Privacy policy · About Appropedia · Disclaimers · Mobile view · Content is available under CC-BY-SA-4.0 unless otherwise noted.
</html