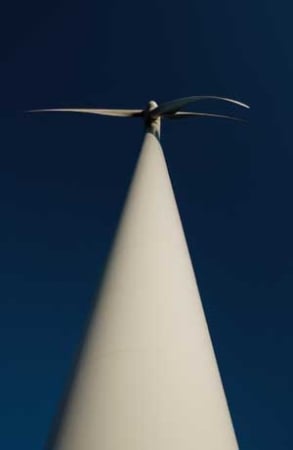 During the past 5 years, Portugal has made huge stides towards the ultimate goal of clean and efficient energy. This goal is being realized slowly but surely with their immense investments in wind power and wind turbines. Portugal is currently a leader in wind power in the whole world and is being seen as the poster child for European energy.

As cited by Treehugger, "Portugal signaled the launch of one of Europe's biggest wind power projects yesterday - a move that will supply enough electricity for 750,000 homes...The contract is the equivalent to a quarter of all the wind power installed in the European Union last year...The winning consortium will be asked to erect about 500 turbines at various locations. Portugal's Socialist government also aims to create 1,600 jobs by allocating €900m (£613m) for turbine equipment manufacturing... The total global wind power capacity now stands at 59,322MW. This is a fraction of the total electricity supply, but the figure is rapidly growing. The countries with the highest total installed capacity are Germany (18,428MW), Spain (10,027) the US (9,149), India (4,430) and Denmark (3,122). Britain, China, Italy, Japan, the Netherlands and Portugal have all reached the 1,000MW mark".

This is a HUGE move from their government to not only eventually stimulate and power their economy, but also a HUGE move to create jobs. With such a small and relatively poor country on the frontline of this movement, it will be exciting to see how their investment for clean power will work for them in the future. They could be an example to which the whole world follows eventually in the quest for sustainable and clean energy.

As cited by the Environmental Leader "Portugal expects to generate 31% of all its energy from clean sources by 2020. This represents increasing its renewable electricity share from 20% in 2005 to 60% in 2020, compared with Britain's target of 15% of all energy by 2020. Portugal already exceeds its 2010 renewable energy targets."

With that level of energy output, wind power could accelerate at such a fast pace that europe could reach similar levels within the next 20 years, which would be a major change in the energy industry. With these new projects, jobs are being created,as well as science is developing. These developments, I believe, will greatly improve the lives of all mankind, and with any hope, wind can be a viable option for America as a large amount of our energy. In addition to the existing the existing Wind Turbines, Portugal is on the frontline of the newest in wind technology, floating turbines... thats right, floating turbines. The floating turbines are 3 legged structures that are designed after offshore oil drills, allowing it to be anchored to the bottom and use the power of the wind.

As cited by Greentech Media"Two factors prompted the switch: Interest in wind projects is higher in Europe and the financing there is easier, he said. (Last year, Principle also said it would raise a funding round in the first quarter of 2009. Bonnano says that, although money is tougher to come by, the company is continuing to raise that round.) The push to plant wind turbines far out to sea – near stronger winds and away from the whiny cries of NIMBY coastal dwellers – is prompting changes in how turbines are erected. The conventional, familiar monopole used by land-based turbines isn't adequate for deep water. Monopoles work in water that's 15 meters deep or shallower. After that, monopoles require too much steel and can cost too much to erect, say critics."

This shows the push being made towards innovation. In summary, Portugal is actively participating in the world race towards sufficient energy, and despite their small size, they are a formidable force, especially regarding the wind. Blow on...

Page data
Retrieved from "https://www.appropedia.org/w/index.php?title=Wind_power_in_Portugal&oldid=598582"
Cookies help us deliver our services. By using our services, you agree to our use of cookies.
Categories:
About Appropedia · Policies · Contact · Content is available under CC-BY-SA-4.0 unless otherwise noted.