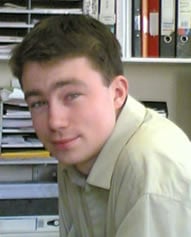 Appropedia - I became a director of the Appropedia Foundation (February 2008).

Field Ready - I work as the Innovation Advisor at Field Ready and part of its core team. Field Ready uses disruptive technologies (such as digital fabrication) to transform disaster relief supply chains. The idea is to make sure that aid workers can always have the supplies they need to do aid work.

Global Humanitarian Lab - Field Ready has 'embedded' me in this new initiative that convenes groups that include UN agencies, NGOs, companies and universities to promote and adopt innovation and to address some of the systemic issues faced in humanitarian innovation.

World Bank - I also works a consultant for the World Bank on Open Data (preparing an online course and supporting local government open data in Tanzania).

My recent previous work included for the Global Dimension in Engineering Education project in Europe (on supporting academics) and for the global engineering body the World Federation of Engineering Organizations on initiatives such as engineering capacity building in Africa.

Engineers Without Borders UK - Having been involved since its early days, I became the first staff Chief Executive of EWB-UK in December 2008. I was in the role until August 2013 and during the period we developed the concept of creating 'Massive Small Change'. Much of EWB-UK's work focuses on appropriate and sustainable technologies and we work in partnership with a wide variety of technology-orientated organizations around the world.

UNESCO Engineering Report - I was the technical editor of this report during its three-year gestation up to its launch at the end of 2010. It is the first ever global report on engineering. Appropedia gets a mention!

RedR - I worked for disaster relief organisation RedR after my graduation in 2005 for just over three years. I did a variety of things like fundraising, training on their 'So You Think You Want To Be A Relief Worker?' workshops and organising their annual international conference. I worked for them in Kenya for three months in 2007 as 'Interim Country Director' based in Nairobi.

The Humanitarian Centre - I'm a co-founder of this is a great organisation, supporting the communities of Cambridge (UK) in their relief and development activities.

Robotic Unicycle Project - my final year project at uni and one that I like to go back to every now and then. I'm hoping to spend more time on it at some point soon, funding permitting.