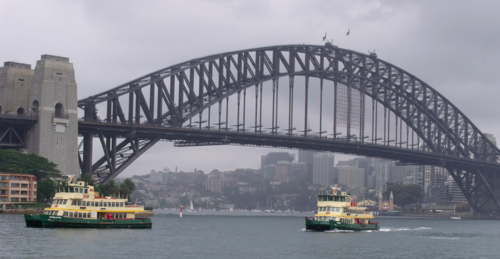 Most public transport runs to a scheduled timetable with the most frequent services running to a headway. Share taxi offers on-demand services in many parts of the world and some services will wait until the vehicle is full before it starts. Paratransit is sometimes used in areas of low-demand and for people who need a door-to-door service.[1]

Design of appropriate vehicles to best serve the public in a given region is an important component of an attractive, functional system. Some examples of design of modern public transport vehicles in Europe, including several new light rail systems in major cities, is provided at the website of the firm Neerman & Partners managed by Johan Neerman.

New research suggests that the key to an effective public transport network, that can provide a high level of service to a city's citizens, is the concept of Integrated Multimodal Network Planning - especially in conjunction with Public Transport Prioritisation.

Multiple measures exist to fund public transport. Generally, it is based on a mixture of a direct user-pays system in terms of fares for travel, with some government funding from general taxation. There are also examples of using Land value capture to at least partially fund transport network improvements.

Some advocate for "free public transport" to the end-user (implying funding the system in other ways), however there is still an active debate amongst transport professionals and academics as to whether this is a good idea [2] .

Information technology has had an important effect on public transport at the system level - both to potentially make the system more user-friendly using Smart phones via services such as dynamic timetable Apps, but also to support improved fleet operations and network planning. See the Transport informatics page for several relevant examples. Development of more widely-shared standards for multi-modal timetable data, such as the General Transit Feed Specification (GTFS), has had a significant impact in this respect.

See also many of the external links from the Sustainable transport page.