The 'A' frame (Practical Action Brief) 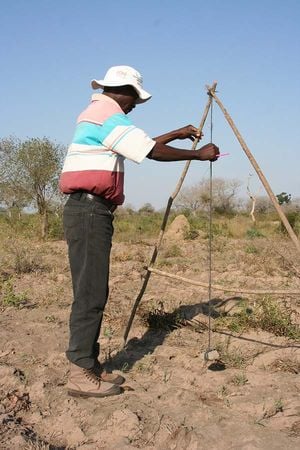 Figure 1: Silva Chauque has been using the 'A' frame for water harvesting to help improve his crops. He lives in Tchalefu in the Chigubo District Mozambique. Photo: Practical Action / Emma Judge
Project data

The A Frame is an A shaped structure made from wooden poles or thin metal poles that can be easily constructed and used to peg flat or graded contours or water drains. These contours are mostly used as soil and water conservation structures. Where rainfall runoff is less, i.e. less than 600 mm of poorly distributed rains it is advisable to make flat contours whereas where there are chances of water-logging it is advisable to slightly grade the contour to allow water drainage.


The main advantage of the a frame is that it can be constructed very easily using local materials and literacy is not essential for making and using it. When farmers are faced with a developing gully or erosion in their field they often don't just look while the soil is being washed but rather improvise to save the situation. In that bid they often exacerbate the situation by digging down the slope or make ditches that are very graded. The A Frame at least assists the farmer to safely peg and construct contours that save the soil. In some countries those mandated to peg may not have adequate resources like transport and equipment to service farmers. It is extremely important that farmers know how to peg and dig contours because contours are very important as they form the first line of defence against erosion and they are the backbone for all other in field conservation works.

How to make the A Frame[edit | edit source] 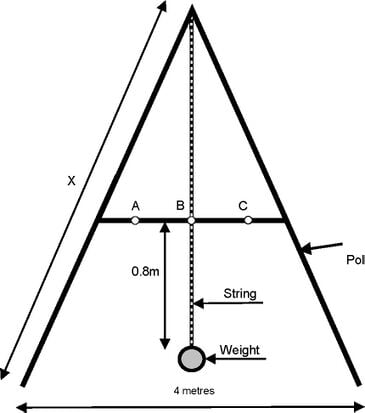 Calibrating the a frame[edit | edit source]

How to peg with the A Frame[edit | edit source]

Marking out and digging the contours[edit | edit source]

Page data
Retrieved from "https://www.appropedia.org/w/index.php?title=The_%27A%27_frame_(Practical_Action_Brief)&oldid=619750"
Cookies help us deliver our services. By using our services, you agree to our use of cookies.
Categories:
About Appropedia · Policies · Contact · Content is available under CC-BY-SA-4.0 unless otherwise noted.