I don't see how this works[edit source]

A question for those more knowledgeable than me in the ways of air cooling...

"In the center of the vortex thus created, the air gets cooler."

That makes no sense to me - air doesn't get cooler because it's in a vortex, except possibly in a marginal way due to minor pressure changes. So the air in the inner pipe will only get cooler if the air in the vortex in the vertical pipe is actually cooler - and it doesn't look like that's the case.

What might make sense is if evaporative cooling were used, then the cool moist air passed through a heat exchanger like this one, to cool a supply of dry air for the house.

If I'm just revealing my ignorance, I apologize.

I should add, if the chimney were just used to create a breeze, that would be different, and is a well established and straightforward technique: a solar chimney.W --Chriswaterguy 06:35, 14 June 2008 (PDT) 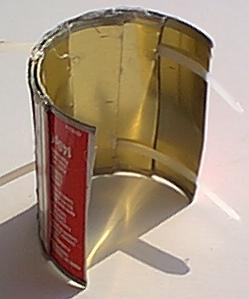