Separating the people and the threat 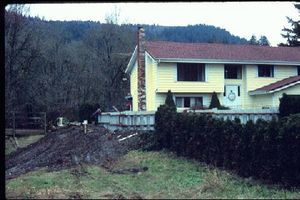 Regardless of the risks involved, people do and will continue to live in the floodplain, both upstream and downstream from dams. And, as scientists and river managers have discovered, many of the dams constructed for flood management are no longer or have never fully achieved that objective. Floodplain management encompasses a wide variety of regulatory, planning and structural measures aimed at reducing the risk of loss of property and human lives in the event of a flood. Flood management measures include zoning, flood proofing, building standards, and warning systems. An important component of floodplain management is controlling the development of floodplains to place people and flood intolerant land uses in areas with relatively lower flood risk (i.e., land at higher elevation or greater distance from the river). Land with greater flood risk is used for more flood tolerant activities, such as agriculture, parks and parking lots. This type of zoning or resettlement has the biggest impact on the need for an existing or new dam aimed at flood management. If property and people cannot be located out of flood prone areas, flood proofing or some of the "natural" flood management measures discussed above can prevent floodwaters from reaching areas at risk. While it is not likely that flood proofing alone will lead to the removal of a dam designed for flood management or delay a proposed flood management dam, it can be a useful tool when used in conjunction with the alternatives discussed above.

Structures may be modified in a variety of ways to reduce the risk of floodwater penetration and damage, including: waterproofing walls, fitting openings with permanent or temporary doors, gates or other closure devices, fitting one-way valves on sewer lines and building boundary walls around the house structure. The internal design of buildings may also be altered to reduce flood damage. For example, electrical circuits and sockets may be permanently routed and located at high rather than low levels. In extreme cases, buildings may be raised on piers and occasionally buildings will be built on raised mounds or with important areas above likely flood levels. Further measures may include sump pumps that begin operating in basements when water levels rise, and contingency plans for when a flood is anticipated.

The benefit of flood proofing is that it allows existing or new structures to be located within an area prone to flooding if the structure cannot be moved or located in a flood-free area. Flood proofing could also allow areas that are now prevented from receiving floodwaters to flood in the future, providing all the benefits of re-flooding areas described above. Also, depending on the area, these practices can replace a dam, levee, or other traditional flood management structure.

Retrofitting homes and other structures to protect them from flood damage can be expensive and disruptive to families or businesses. In addition, although a structure might be protected from flood damage, a degree of risk and inconvenience remains for the people or operations occupying the structures sitting in floodwaters. 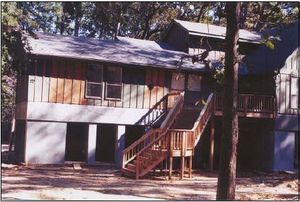 Costs for flood proofing vary depending on the combination or complexity of tactics pursued.

Mandeville, Louisiana, has a number of old homes and businesses of historical value on the shore of Lake Pontchartrain in Louisiana. Southerly winds and tidal influence back up water into these developed areas, with occasional strong winds and heavy rainfall responsible for the majority of flooding. For many citizens relocating out of the floodplain or elevating their homes is not an option, and flood proofing has been used to prevent excessive flood damage. To flood-proof their homes and businesses, Mandeville citizens sealed all openings below flood level on building exteriors and covered walls, doors, windows, vents and other building openings with waterproofing compounds and impermeable sheeting. Due to the pressure from the water on the structure, flood proofing only protects buildings when flood depths are no more than three feet. Two historic area restaurants, Bechac's and RIP's, had experienced flooding problems in the past and faced restrictions on what could be done to the structure by the State Historic Preservation Office. Bechac's, valued at $1.5 million, had a total of $35,175 in flood damage from four past floods, and RIP's, valued at $700,000, had $94,055 in flood damage from eleven past flood events. Final costs of dry flood proofing came to $190,000 for Bechac's restaurant and $200,000 for RIP's restaurant. Since then, both businesses have avoided damages during at least two floods.[5] 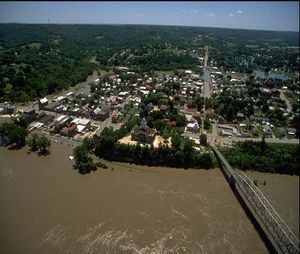 In many cases, because floodplains are largely developed, separating people and property from flood risk requires resettlement. The relocation of property either from high-risk to low-risk floodplain land, or from floodplain to flood-free land, is a strategy that is used when frequent and severe flooding occurs. Given that the threat to life and/or property is the driving reason many dams are built for flood management, eliminating both of these from the floodplain has the largest impact on the need for new or existing dams.

The main benefit of resettlement is that the resettled people and property are removed from flood prone areas permanently, eliminating the risk of flood damage. Once a community is resettled, the dam or other flood management structure could be removed or avoided and the river reconnected to its natural floodplain.

The drawbacks to resettlement include the great cost and inconvenience of moving families and businesses. In addition, adequate and affordable high ground might not be available in an area acceptable to the community to be resettled.

Resettlement is an expensive proposition in the short term, but often is less expensive when the costs of future floods avoided are considered. For example, in Arnold, Missouri, the total amount of federal disaster assistance granted after the 1993 floods was close to $1.5 million dollars. After the floods of 1995, the fourth largest flood in Arnold's history, the damage was less than $72,000 as a result of non-structural mitigation— the acquisition of flood-prone or flooddamaged properties and relocation of structures.[6]

The Great Midwest Flood of 1993 resulted in $15 billion in damages, including the displacement of tens of thousands of families, loss of life and demonstrating the failure of traditional flood management measures, such as levees.[7] Rather than face the threat of continued flooding, some citizens chose to resettle on higher ground. Approximately 20,000 Midwesterners decided to move out of the floodplain, resulting in the relocation of more than 8,000 homes and business. This is the largest voluntary relocation after a flood in U.S. history. Furthermore, farmers voluntarily converted more than 50,000 acres of flooded farmland to wetlands.[8] Relocation efforts in a town near St. Louis led to a 99 percent drop in federal disaster relief costs, dropping from $26.1 million in 1993 to less than $300,000 in 1995. This is in stark contrast to another town near St. Louis that chose a more structural flood management approach, enlarging its levees in order to permit development of the floodplain. Despite the upgrades, this town suffered more than $200 million in damages, one of the highest bills for flood-related damage, as a result of the 1993 floods.[9]