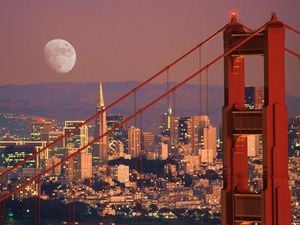 San Francisco is known as one of the greenest cities in the world and is known as a leader in the sustainable energies movement in the United States. The city of San Francisco is one of the most densely populated metropolitan areas in the country, yet still manages to reduce its waste and carbon emissions due to its implementation of energy efficient programs in recycling, public transport, and air quality. Through it's political output and community cooperation, the city has set a blueprint for the rest of the country to follow. [1]

The city of San Francisco has made a goal of having zero waste by 2020. At the moment, San Francisco recovers 77% of the materials it discards through its world class recycling and composting programs. [2]

San Francisco is proud to have one of best recycling programs in the nation. Their recycling collection program is “commingled” or “single stream” meaning that all recyclable products are accepted in one bin whether its glass, paper, or metal. Once collected the materials are brought to Recycle Central, located on pier 96 on San Francisco’s Southern waterfront. Once recycled, the materials are turned into commodities that are sold to manufacturers who turn them into new products. [3] 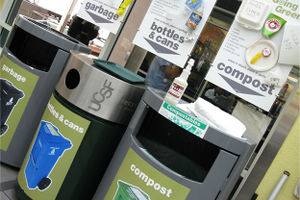 The City of San Francisco created the first large-scale collection of food scraps for composting in the nation. As of today, over 500 restaurants and business send around 600 tons a day of compostable material to Recology’s Jepson-Prairie Composting Facility. [4]

In 2000, vehicles traveling within the San Francisco area generated about 2.43 million tons of greenhouse gas emissions alone. The city then drew up the Climate Action Plan to reduce carbon emissions to 20% below 1990 levels by 2012. [6] 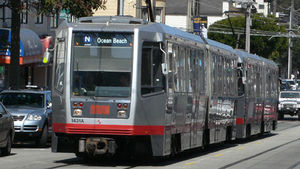 The city of San Francisco is also a leader in alternative fuel vehicle (AFV) technology comprised of its public transportation system called Muni. Half of Muni’s fleet are zero-emission vehicles and they are now in the process of creating the first “battery swapping” taxi program. The plan is to swap the batteries of 60 taxis making them zero-emission vehicles that are expected to deploy in 2013. [7] 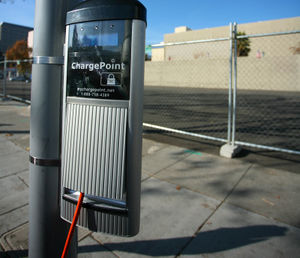 Around 160 charging stations have been built in San Francisco as they strive to make their city less reliant on oil and more electric vehicle friendly. These charge stations are being built to accommodate increasing numbers of electric vehicles in the bay. Back in 2011 Nissan distributed 1,000 Nissan Leafs to California, where 40% of them went to the bay area. The Nissan Leaf is an alternative fuel vehicle and runs on electricity. [8]

In order to reach their goals, the San Francisco city council has implemented a series of ordinances and deadlines to help reach their goals. The first ordinance that was created was the Sustainability Plan, which was passed in 1997 as a means of creating an healthier atmosphere, alternatives to depleting resources, and establishing a sustainable economy that provides a long term high standard living for the city's residents. The plan focuses on issues such as biodiversity, ozone depletion, food and agriculture, and even environmental justice. Here is a list of some of the ordinances that have been put into effect in the last decade: [9]

Starting in 2010, the San Francisco City Council came together in order to review and revise there strategic plan for creating a greener community. To keep consistency with their plans, and not get their hopes too high, the council issues three-year plans that lay out key objectives that should be addressed at the time being. In San Francisco's latest attempt for sustainable living, they have administered the Sustainable Foods Initiative, which aims to provide local organic food for the city by utilizing micro farms and relying more on local food production. [10]

Funding for innovative energy programs is primarily provided in the form of government grants.