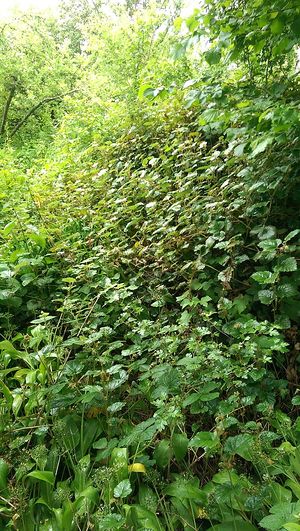 R. tricolor blends into perennial garlic in a forest garden (Ecoworks, Nottingham, UK). Note the hazel which has managed to self seed despite the dense groundcover.

Unfortunately extensive and detailed information about this plant does not seem to be available from published sources. There is an article on Wikipedia which gives fairly good encyclopedic coverage of this species (Link here).

The advantages and disadvantages of this plant are discussed below, in the context of forest gardening.