How it started[edit | edit source] 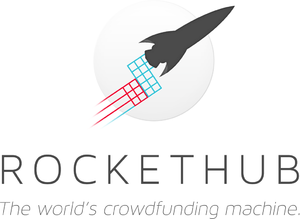 ] RocketHub is a crowdfunding website that was launched in January 2010. Four people with all different creative backgrounds founded the site:

Initially it started as an artistic crowdfunding platform but later on it started to fund and support enterprises in science and academics as well.[3] 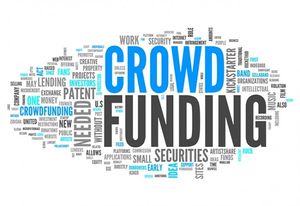 RocketHub has two distinctive services that sets them apart from other crowdfunding websites.

The first service is called FuelPad. In the FuelPad section of the site users can seek crowdfunding for their projects.[5] FuelPad is donation-based. RocketHub does not work through the 'all or nothing' model, like most nonprofit crowdfunding platforms. The funds that are being raised can be fully kept by the project leader(s), regardless whether the financial goal has been reached or not.[6] This is a great advantage and feature for a project leader who can still pursue with partially sufficient funds.

The second advantage of RocketHub is called LaunchPad. In the LaunchPad section creative people can subscribe for a chance to win a great opportunity. A person can submit his or her project for why this project should be chosen for a specific opportunity. Fans vote on their favorite submissions, a panel of judges reviews each submission and after this process a winner is chosen.[5]

However in contrast to other crowdfunding websites, RocketHub is not a non-profit organization. RocketHub takes a percentage of funds raised once a pre-determined threshold has been reached.[3] People who donate to a project receive a so-called good from the owner or project. Examples are physical goods as photographs, acknowledgements or services.[6] The most popular price point on the crowdfunding campaigns is $20 and the average contribution is $75.[7]

There are two options:

The main goal of RocketHub is not financial. It allows project-leaders to receive the funds they need but moreover it connects to like-minded people to help get their ideas and passion started since it works donation-based. The donators do not share in any way in the eventual profit of the project.

One of the most important shared point of views in between Appropedia's mission and RocketHub is it emphasis on knowledge. An example is the Success School of RocketHub, or the so-called 'heart of RocketHub'. It allows anybody to download a 20-page how-to explanation of how to become successful in crowdfunding. We're passionate about using crowdfunding to expand and democratize opportunity, and work daily to improve education on how to leverage its power. Use our insider knowledge and tools to create a customized plan for achieving your goals. - RocketHub[8] This shows that Appropedia and RocketHub most important tool is to reach its goals is knowledge.

One of the current projects that is extremely relevant to Appropedia's mission is the project of Judit-Ungvari-Martin to train the next generation of Latin American scientists.[9] The mission of the project is to reiterate the scientific method in young Latin American students, engage them in real scientific research and inspire them to become independent researchers. To do this, the project contains a 10-day field course where students go back to the basics of designing a research project. By donating and participating in this project it will succeed its goal to teach the course tuition free for one year.[9]

Page data
Retrieved from "https://www.appropedia.org/w/index.php?title=Rockethub&oldid=647485"
Cookies help us deliver our services. By using our services, you agree to our use of cookies.
Categories:
Maintenance categories:
About Appropedia · Policies · Contact · Content is available under CC-BY-SA-4.0 unless otherwise noted.