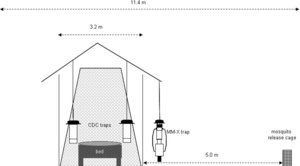 As part of my high school pre-engineering class for our final assignment we had come up with a final design project. An old water heater was also donated to this class. After watching an episode of "The Cosmos," in which a farm of parabolic solar concentrators were used to heat water in order to power a steam engine that irrigated water, I was inspired to recycle the old water heater and turn it into a concentrated solar water heater.

Before starting to design my concentrated solar water heater I researched what some other people hade made.

There were two main designs I found:

My original plan was to cut the end off of the water heater and then cut it down its length opposite of a flat spot it had. Next I wanted to bend the now cut water heater into a parabolic curve. I then wanted to machine and weld a metal apparatus to hold the water heater concentrator, a glass tube to collect the concentrated light, and a coiled copper tube to house the water to be heated.

CAD model I made to illustrate this idea.

My pre-engineering instructor requested I make a prototype to test the effectiveness of my design. I used a 3" PVC pipe cut in half for the concentrator and 3-D printed fittings to hold it, a glass tube, a copper tube and the half of the PVC tube I used for feet. I spent a lot of time designing the fittings in CAD, but I was very happy with the result. After I modeled everything, getting it to print properly was a little bit of a struggle since part of my design included 3-D printed nuts. When we had it all glued and bolted together it looked pretty good, but when when left it in the sun on a hot day it didn't heat it up at all.

Although the prototype didn't work my teacher let move to the full scale design anyway. Since I didn't have access to the funds to build the metal support structure I wanted, I had to re-design the solar concentrator with the materials I had. I planned to use wood to hold up the glass and metal tubes and an old pair of chair legs to hold up the concentrator. The first step in building it was cutting the water apart which turn turned out to more difficult than expect since it was very rusty and we had use a battery power hand tool to cut it. In order for the reflective mylar tape to stick I needed to remove the rust. So I contacted a local manufacturer who had a sand blaster and had them sand blast the rusty side. While assembling the concentrator I wasn't able to secure the legs tightly enough and couldn't set it at angles to face the sun like I had hoped. Also, I couldn't straighten out the copper tube enough to fit it inside the glass one, so painted it black to absorb more light. After a sunny enough day came along we brought it outside and filled it will water, it got hot enough that you could feel it but didn't heat the water enough to move it.

That year the engineering class set up display at a local art exhibit and my recycled solar water project had a nice big display, which is where the picture above is from. The final solar concentrator didn't get hot enough to heat water but it did get warm so I was on to something. I believe if I had made my parabolic shape more precisely and used a more reflective surface it would've preformed much better. I just didn't have the resources to properly construct my design. The large piece of metal I cut and bent could be reshaped into a more parabolic curve and covered in a better reflective material than the mylar tape I could fix the heat problem with the concentrator. If I ever return to this project, I want to turn it into a solar grill instead of a water heater.