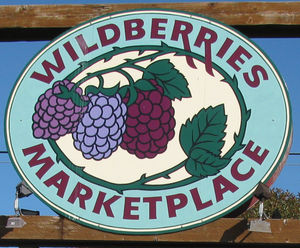 Wildberries Marketplace is a grocery store in Arcata, California, and has been operational for over fifteen years. In early 2008, the store had a vast majority of its lighting retrofitted with the help of the not-for-profit organization Redwood Coast Energy Authority (RCEA) with new and more efficient CFL bulbs, saving the store energy and money.

The mission of Wildberries Marketplace is to satisfy their customers' demands by offering a broad choice of quality products, superior service and exceptional ambiance, while contributing to the community they serve and providing enhanced job satisfaction for their workforce.[1] This supermarket has been profitable and successful for fourteen out of the fifteen years its been around by continuously appealing to customers and the local Arcata community. For local customers, Wildberries offers both a wide array of both locally grown organic foods, as well as corporate products like Coca-Cola and Post Cereals, making it a crossover grocery store.[1] For the local and global community, Wildberries strives to keep a low environmental impact.[2] By installing lighting retrofits in February of 2008,[3] the store reduced their energy consumption and spending, thus appealing to the local community, contributing to the global community, and ensuring continued fiscal stability.

In 1956, a Safeway occupied the current Wildberries lot. When Safeway moved on to a new location, the lot became home to a locally owned independent market, named Larry's. The new market chose to use the same building, including the old refrigeration, lighting, and heating systems. In 1994 the founder and current president of Wildberries, Phil Riccord, bought out Larry's for $175,000 and demolished most of the supermarket, keeping only parts of the warehouse for the new supermarket that currently stands on the lot. A new lighting system was installed in 1994, but the original refrigeration compressors from 1956 are still being used today.[2]

Since the initial Safeway market was constructed, the entire building has been completely remodeled twice. The current marketplace now has computers instead of typewriters, more refrigerators, and more lighting to satisfy shoppers.[2] These various upgrades made the store consume over 68,000 KwH/month during the hot summer months, when the refrigerators use more energy. The refrigeration and lighting systems are the most energy intensive aspects of the store.[3] 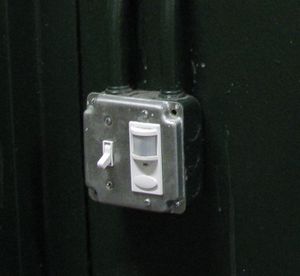 Figure 2: One of the motion sensors that was a part of the Wildberries retrofit.

Supermarkets require more lighting than most people notice when shopping inside.[4] Not only do the isles and cashiers have to be lit well enough for customers to read various labels at any angle, but the warehouse and management sections of the market are almost as big as the shopping section. Also, during the night, the exterior of the store remains visible for security and marketing reasons. Though Wildberries is operational only until midnight, there are employees present twenty-four hours a day unloading, restocking, and organizing groceries.[2]

Before the RCEA helped retrofit the lighting, Wildberries was using incandescent light bulbs. In early 2008, nearly all of the lights in the store were replaced with energy efficient fluorescent tubes and compact fluorescent lamps. In many cases, not only the bulbs had to be replaced, but the fixtures and ballasts had to be changed as well. RCEA helped Wilberries contract Trinidad Electric to retrofit a vast majority of the store, including all of the offices, external flood lighting, shopping section, warehouse, garage, and even the inside of the refrigerators and freezers. Also included in the retrofit was the addition of several motion sensors.[3] Since there are very few employees working after store hours, it would be inefficient to keep all of the lights on constantly. The use of motion sensors ensures that the lights are only on when needed.

When the RCEA initially performed an energy audit for Wildberries, they estimated that the store would save approximately 27,500 kWhr/yr, which would save the company about $3,500 a year.[3] However, it was unknown whether this estimate was accurate. Finding the actual energy and money savings involved adding the actual money spent on monthly bills between February 2007 and February 2008, which was before the retrofits were installed, and subtracting that by the sum of the monthly bills between February 2008 and February 2009, which was after the retrofits were installed. The money, Carbon Dioxide, and energy savings can be found in Table 1, while a graphed comparison of energy consumption by the marketplace can be found in Figure 3.[5] 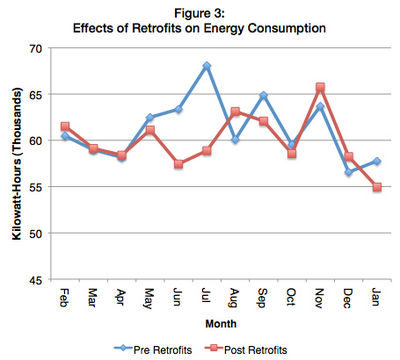 According to Table 1, Wildberries Marketplace is saving approximately 15,000 kWHr/yr and $3,750/yr as a result of the retrofits, which were installed in February of 2008. The RCEA estimated that the grocery store would save nearly twice that amount of energy. However, hundreds of inefficient bulbs were replaced by efficient CFL bulbs that don't waste as much energy on heat. Thus, as a result of the lighting retrofits, the store grew cooler and to satisfy customer demand, the management installed a new heating system. The store had previously used heat from the old refrigeration compressors to keep the occupants warm, but after the less efficient lights were replaced, the compressor's heat was no longer effective enough at keeping a stable temperature. The RCEA estimation did not account for the new heating system. The marketplace still saves about 15,000 kWHr/yr which translates to 8,325 lbs/yr of Carbon Dioxide. To put that number in perspective, that is like taking a small car permanently off the road.[6]

The customers and employees were highly satisfied with the new heating system, but barely even noticed the lighting retrofits.[4] 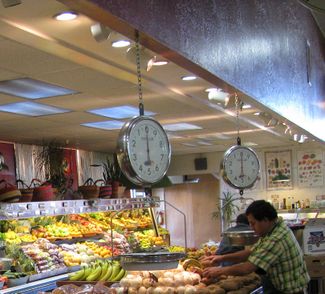 Phil Riccord, the president, founder, and general manager of Wildberries, was highly pleased with the retrofitting process, and had an overall positive experience with both the RCEA and Trinidad Electric. He stated that he originally planned to install a Photovoltaic system on the roof of Wildberries, it proved to be financially unwise. However, Riccord still plans on installing the system in the near future, and plans to involve RCEA in that project as well.

According to Riccord, if the cost savings that the RCEA implemented were not present, he probably would not have had the motivation necessary to retrofit the lighting. He felt that the project was an excellent idea once presented to him, and quickly made it happen when he realized how energy and cost saving the retrofit would be.