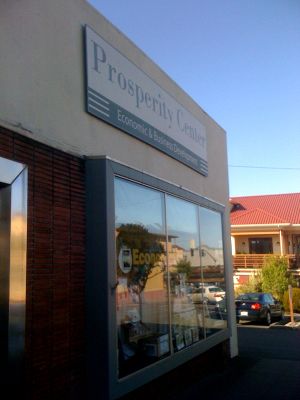 The purpose of this Appropedia page is to show how the Redwood Region Economic Development Commission saved on their electrical bill as a result of retrofits.

RREDC: The Redwood Region Economic Development Commission (RREDC), Figure 2, is a business that promotes economic development in the Humboldt county area by lending out loans to small businesses and stores. The RREDC is a non profit government based business also known as a gap lender. This means they cannot create competition for banks and other private lending agencies, therefore any companies they loan money to would have to be denied originally by the private sector. They are also only allowed to give loans on the aspect that the money will promote the economic development of the Humboldt area.

Mission: "Our mission is to support countywide economic development by expanding the opportunities for capital available to local businesses and organizations, providing leadership in regional policy and program development, and adding economic development capacity to local agencies and organizations." - RREDC. This is important to the Humboldt area because it keeps the money in the county to help support local businesses.


History: "RREDC was formed in 1977 to create a countywide economic development strategy and to make decisions on the allocation of grant funds given to the County as economic mitigation for the expansion of Redwood National Park. The Commission allocated over $10 million in mitigation dollars for a variety of public projects including the Arcata/Eureka Airport Terminal Building, the Fields Landing Boat Building and Repair Yard, and the Aldergrove Industrial Park." - RREDC 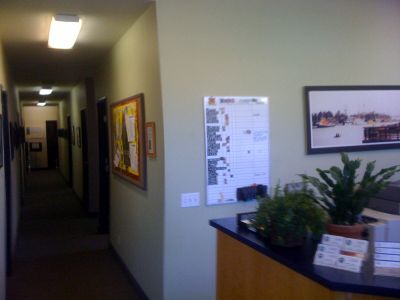 Redwood Coast Energy Authority's (RCEA) is an independent body given the task to offer companies rebates on greener energies so the companies may produce less carbon emissions, use less energy, and save money. RCEA also promotes the use of clean, efficient and renewable resources available in the region. About RCEA. The retrofits done to RREDC consisted of a lighting switch to CFL light bulbs. Prior to the retrofits RREDC used older fluorescent lighting throughout the building. RREDC had never considered changing their lighting beforehand, the way the offer was found was through a friend of the company who referred them to RCEA. RCEA came and offered the switch to CFL's. RREDC accepted to do the retrofit with the thought of saving money in mind. A hired RCEA contractor came in and replaced switched the old fluorescent bulbs to new CFL's as shown in Figure 2. The retrofits focused on lighting only and was completed on June 6, 2007. With the lights being switched RCEA projected an annual savings of $47.79 per year. RREDC's energy use habits remained constant, the only other things that would affect the overall energy consumption, besides the lighting retrofit, would be the removal of a coffee pot and a replacement of old computers to new computers. When asked if RREDC would consider more retrofits they said if the opportunity arose with a reasonable retrofit that would save more money then they would do more to their office. Executive Director of RREDC Gregg Foster said he "was very satisfied with the retrofit and RCEA's work." RCEA did not create a distraction when they installed the fluorescent lighting in RREDC's office. 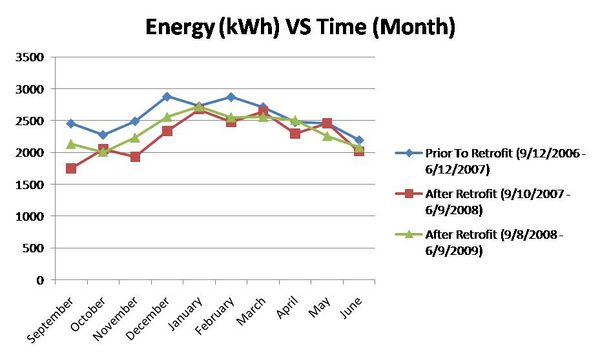 Figure 3: Comparison of three sets of time to the energy consumption.

RCEA gave RREDC a plan for money saving lighting in the offices. Table 1 and 2 both represent the changes that RREDC should expect to happen with the new lighting along with the cost for the lighting to be put in.

In Table 2 was the predicted change for energy consumption that RREDC should expect to see happen. Below in Table 3 is the average changes to the data. There are three sets of time, all focusing on the same months in different years. All sections of Table 3 are presented with units in kilowatt-hours. The first section is before the retrofit and the second and third sections are after the retrofit. The fourth section on the right side of the table is an average between the difference of the first section - second section and the first section - third section to get the average energy savings.

How Calculations Were Done

Interpretation of the Data

Table 6 to the right shows a comparison between RCEA's predicted changes and RREDC's actual changes. The predicted energy savings was 25.58 kWh/month while the savings found based off the data was 244.3 kWh/month. RCEA had predicted the money savings to be $3.98/month but it was actually $36.53/month. The predicted change to CO2 emissions was expected to be 13.25 lbs/month although it turned out to be 127.99 lbs/month. The difference between the actual and the predicted was 218.72 kWh/month, $32.55/month and 114.74 lbs of CO2/month. RREDC was asked if there had been other retrofits performed after the lighting retrofits. RREDC responded by saying only changes have been a new coffee maker and new computers. This makes the only difference between the actual and predicted savings an error in the predicted savings or an error in the data.