Japhy's[1] is a soup restaurant. Japhy's is located at 1563 G St., Arcata, CA[2] and run by Miwa and Josh Solomon. With the guidance of the Redwood Coast Energy Authority,[3] Japhy's converted 50 lighting fixtures to more energy efficient bulbs.

Did the client change their habits after the retrofits? Were the lights on less? More?

Why did the client move forward with the lighting upgrade?

Would they do more retrofits?

Were they satisfied in the work RCEA did?

How effective were the retrofits? 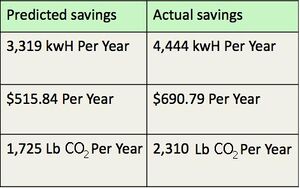 Figure 2: Japhy's energy use as a function of time

Page data
Retrieved from "https://www.appropedia.org/w/index.php?title=RCEA_energy_audit_reviews/Japhy%27s&oldid=647753"
Cookies help us deliver our services. By using our services, you agree to our use of cookies.
Categories:
Maintenance categories:
About Appropedia · Policies · Contact · Content is available under CC-BY-SA-4.0 unless otherwise noted.