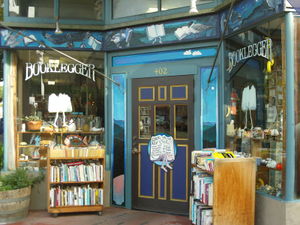 Booklegger has been one of the many shops in downtown Eureka for many years. The owner of Booklegger, Nancy Short, explained to us in her interview [1] that she was not happy with the lighting in her shop before the retrofits were installed. According to Nancy Short, the old lighting that was originally present was both financially wasteful and not bright enough to accommodate the customers. After Booklegger was retrofitted, Nancy Short said she was satisfied with the work that the Redwood Coast Energy Authority had done. The retrofits, including twelve new energy efficient florescent tube light bulbs, were installed in the store next to the old, inefficient lighting system. After the retrofits were completed, Nancy decided to leave the old lighting fixtures up because they added to the cozy ambiance of the store; however, the old lighting fixtures are no longer in use. These retrofits not only made for a brighter atmosphere for the customers to read in but also cut electricity cost. Prior to the retrofits, the bathroom of the store had a dim light, according to Nancy Short. In addition to these retrofits, Booklegger now has lighting in their storage closet which, before the retrofits, was just a dark closet.

What did RCEA do?[edit | edit source] 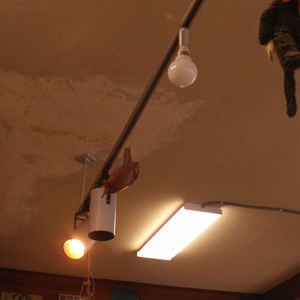 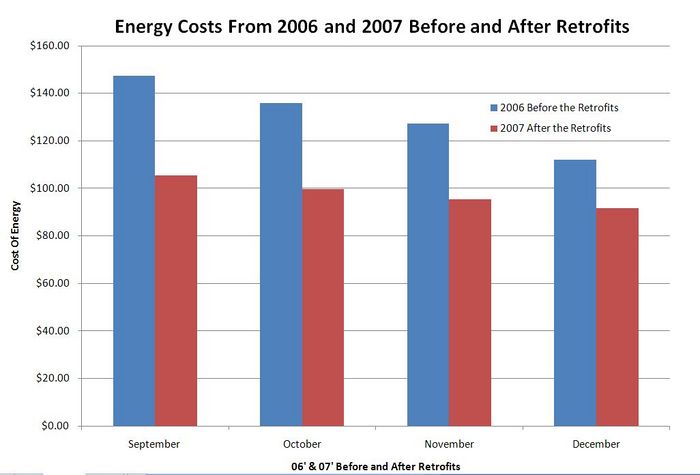 To review, RCEA came to Booklegger with an offer to install twelve new florescent light bulbs around their bookstore. Nancy Short stated that the store still uses the lighting for the same amount of time as before, but now they are spending significantly less money than before. Ms. Short had stated that they were considering changing their lighting fixtures before RCEA had presented their offer; however, they were never able to find the time to hire a contractor to do this. Altogether, after the retrofits were completed, Booklegger saved an average of $400-$450 per year on their electricity bill.

The current lighting in Booklegger, according to Short, is much brighter than the previous lighting fixtures that Booklegger was using prior to the retrofits. The lights in Booklegger are also always on. Nancy Short was unsure whether she should use the new florescent lights that were installed in the bathroom of Booklegger or the old lights that were installed prior to the retrofits. Nancy Short decided to continue using the old light because the new lights were programmed to turn on and off when the bathroom door would open. Also, according to short, it would take the light more than a minute to power up.

After The Retrofits[edit | edit source]

Overall, looking back on the whole experience with RCEA and the installation of the twelve light fixtures, Nancy Short is very pleased. Short said that Booklegger is still interested in doing more retrofits through RCEA because they were such a delight to work with. When asked what the greatest benefit that Booklegger received through working with the RCEA, Short answered Travis Smith, who was approved to install the lighting fixtures by RCEA. Today, Booklegger is still working with Travis Smith regarding any contracting needs. Nancy Short did say that the other contractor who was approved with Smith would still be working with them as well if he didn't move away.