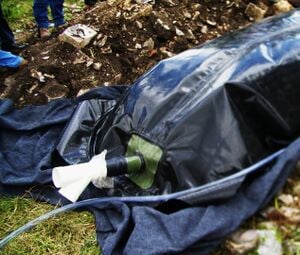 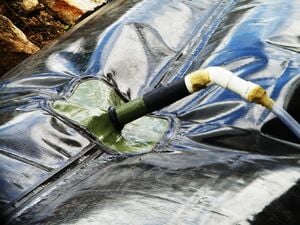 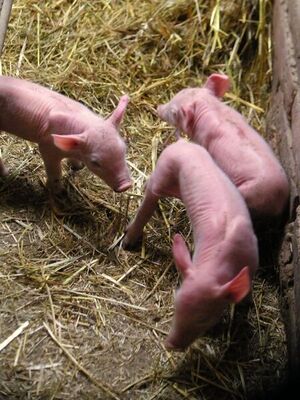 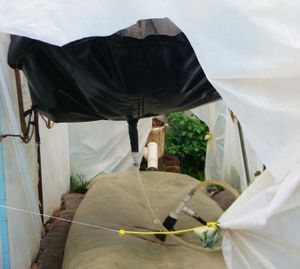 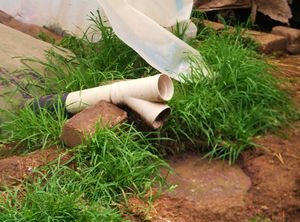 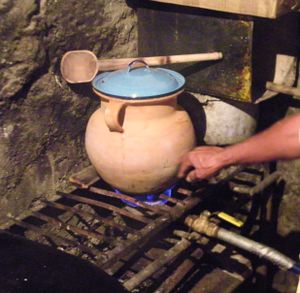 Biodigesters are a technology used to help small farmers treat animal and human waste, while providing fertilizer with reduced pathogens for safer crop consumption and gas for their stove, boilers, and electricity generation. The result is a reduction in fuel wood consumption, deforestation, and air pollutants in the home. (Eaton, 2009)(Soeurn, 1994)(Natural Research Council, 1998) Though biogas utilization has been extensively studied, the fertilizer quality has not. (Eaton, 2009) Due to the plant nutrients in biol and a growing organic food movement worldwide there is increasing interest in biol as a fertilizer. (Eaton, 2009) (Kean, 2001) Our study will sample effluent from biodigesters (biol), in Mexico, from a variety of different animals and feed and test the pH, temperature, nitrogen, total ammonia (NH3 + NH4), phosphorous, potassium, calcium, magnesium, and coliforms. (Rosas, 1984) Our study will find how stable the different nutrients in the biol are in comparison to alternative fertilizers and how safe the crops are for consumption after application. We will also do our testing in conjunction with surveys in order to find how different animals and feed are better matches for the different crops in Mexico, how farmers are already using the biol and their satisfaction with it, and how the biogas production relates to fertilizer quality. Lastly since some farmers may not need to use the biol for 4 to 6 months after it's produced, we will test to see how the biol degrades and changes over time as it is stored and the changes after dehydration and rehydration as for the transportation of biosolids.

High population density, climatic changes, and increasing human consumption of resources are depleting soil fertility worldwide. (Thy et al, 2003) (Ding Jieyi et al, 1984). At the same time, increased fertilizer use and animal rearing has led to biological and chemical leaching and run off into waterways, in turn killing fish and plants and posing health issues to humans.(Environmental Protection Agency, 2000) In order to boost soil fertility and reduce the harmful effects of manure or fertilizer runoff into waterways, an integrated system of farming that treats and uses the animal waste for application as a fertilizer could help reduce the loss of nutrients from the soil, reduce erosion and salinity problems, as well as reduce contamination of water resources. (Preston et al, 1996)

One study has shown that the use of biodigester effluence can increase crop yield by 69%. (Kean, 2001) Another study comparing equal amounts of total nitrogen in urea to biodigester effluence found that biol was a superior fertilizer producing increased crop yield (in biomass) by over 16%. (Kean, 2001) It's also been shown that adding fertilizing agents like biol can increase the protein content of crops. (Rodríguez, 1996) Additionally, another study found that organic fertilizers experienced lower nitrate- nitrogen leaching by 4.4 to 5.6% in comparison to conventional fertilizers. (Kramer et al, 2006)

The element Nitrogen exists in all life, and its circulation in the living universe and throughout nature forms a complex web known as the Nitrogen Cycle, the form nitrogen takes in this cycle may mean it is available to plants or that it leaches or vaporizes into the air. Biodigesters work by creating an anaerobic environment, which is able to break down organically bound nitrogen, as found in manure, into ammonia- N. Ammonia can either be converted into ammonium or nitrite (and then nitrate). (NMED, 2007) Ammonium attaches to soil particles and doesn't leach (or percolate past the soil) or denitrify (convert to Nitrogen gases). However ammonium does turn into nitrate through nitrification by bacterial organisms in the soil. Nitrates do easily leach and denitrify. (Sawyer, 2008) Bacteria doing the nitrification into nitrites and nitrates require free dissolved oxygen to do their work, thus in the anaerobic biodigester it is unlikely that there will be much conversion from ammonia or ammonium to nitrites or nitrates. (Sawyer, 2008)(NMED, 2007) Instead, ammonium accumulation increases in flooded environments similar to our biol, thus we expect to see high ammonium concentrations and low nitrate concentrations in the biol. We will compare the concentrations of ammonium, ammonia, and nitrates as it changes over time being stored at room temperature over several months in order to see how stable the nitrogen is in the biol.

In the Field Testing[edit | edit source]

Back in the Lab Testing[edit | edit source]

Page data
Retrieved from "https://www.appropedia.org/w/index.php?title=Process_for_testing_biodigester_effluent_fertilizer_quality_in_lab_with_IRRI&oldid=664293"
Cookies help us deliver our services. By using our services, you agree to our use of cookies.
Categories:
About Appropedia · Policies · Contact · Content is available under CC-BY-SA-4.0 unless otherwise noted.