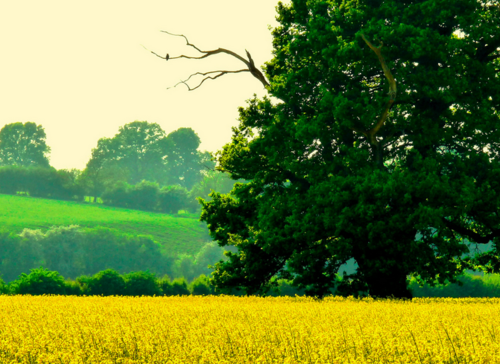 The plant kingdom consists of the Earth's green land plants (being green due to chlorophyll colouring), the multicellular eukaryotes of the kingdom Plantae.[1]

It can be divided broadly into vascular and non-vascular plants. It includes mosses, ferns, flowering plants, conifers, grasses, worts and green algae.[1] Vascular plants contain conducting tissue; this tissue has the benefit of enabling the plants to grow in a broad range of habitats, which the non-vascular plants (such as algae, fungi, mosses and liverworts) cannot do.

Classification of vascular plants places them into many groups, mostly based on the seed-bearing properties of the plants. The group divisions are known as families. The family each plant belongs to is based on the plant's flowers, fruits and other structural features.